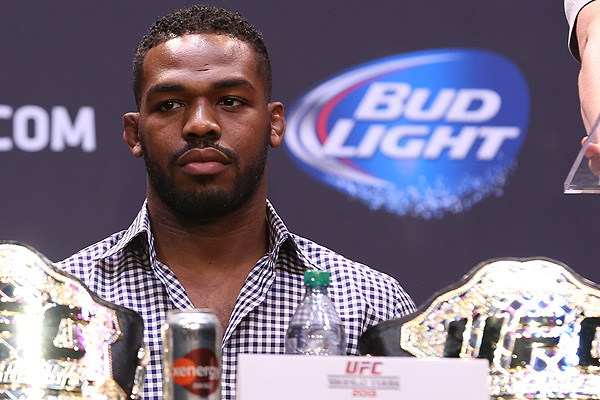 Jon Jones has struggled with image problems in his career. | Photo: Dave Mandel/Sherdog.com


Jon Jones is a lucky man.

The 28-year-old former UFC light heavyweight champion narrowly escaped serving time behind bars this week after pleading guilty to leaving the scene of an April hit-and-run accident. Fortunately for Jones, the pregnant woman in the car that he struck suffered only a broken arm. If this were a fatal incident, the last thing Jones would ever be concerned about is fighting inside of a cage, because he’d likely spend a lot of time in a different one.

Instead of jail time, Jones will be on probation for the next 18 months and will be required to make 72 appearances doing charity work and speaking with children. As for his mixed martial arts career, it’s likely that he’ll make his return in the near future, as long as he still wants to participate in the sport that made him a superstar who couldn’t handle the spotlight when it burned at its brightest.


Although the decision to continue to fight sounds simple to outsiders, it’s quite the task for someone like Jones. After all, if it weren’t for the lavish life afforded to him by the UFC, chances are that Jones wouldn’t have been in the trouble he found himself in earlier this year.

A judge has forgiven Jones’ previous indiscretions, but the real question is whether Jones will receive the same treatment from fans. It’s not as if Jones made his departure on good terms. He’s been blasted for years because of how his mouth says one thing while his actions say another. Fans and critics have had a difficult time trying to figure out who is Jon Jones. When the cameras were on, he was motivated by the man above and professed love for his family. But when those cameras went away, Jones dabbled in drugs, wrecked expensive cars and allegedly enjoyed partying more than spending time at home.

In a world where social media allows everyone to have an opinion, it appears to be a problem that Jones won’t be able to shake once he decides to make his triumphant return to the Octagon. Thus far he has proven that society’s opinion of him matters. Why else would he struggle so mightily with his image? It’s been said that a man’s biggest obstacle to greatness is himself, and that certainly holds true in the case of Jones.

A statement released Tuuesday by his management team suggests that maybe Jones does feel bad about how his house of cards has fallen. Then again, with Jones, you never really know. That’s the scariest part about a young man who is so talented, yet so eager to throw it all away over something so simple.

Daniel Cormier once said that Jones needs a little Floyd Mayweather in him, and maybe that is true. Mayweather always had his detractors, but he managed to become so rehearsed with his media obligations that he was almost impenetrable. It was difficult to get a real answer out of Mayweather because he would constantly state that he doesn’t read anything that’s written about him. Although most find that hard to believe, he maintained it profusely and it allowed him an escape hatch when a difficult question about something like domestic violence is brought up.

It takes a mentally strong individual to keep a poker face at all times, and Jones has yet to develop one. He also does not understand his own marketability.

What makes people admired isn’t necessarily their flawlessness. It’s more about their imperfections and how they manage them in the public eye. Jones needs to embrace his imperfections rather than try to tuck them away in the dark corners of his mind. He will always have detractors, but as long as he doesn’t fall into the trap of not being transparent, or feigning transparency, he will prove that his mental toughness outside of the cage is just as formidable as the nearly indestructible fighter inside of it.

Jones showed his true colors and paid the price for it. It’s just hard to say if what he paid was enough. A year away from the sport sounds like a long time, but fighters have been benched longer with injuries. Who knows if Jones has really learned his lesson or if he’ll revert back to his old ways halfway through his probation? It’s easy to be sorry in the heat of the kitchen, but once the fire has burned off and his transgressions become a distant memory, will he remember the adversity he faced, or will the lifestyle he lived become a familiar retreat from his problems?

For years, fight fans have asked the real Jon Jones to please stand up. Maybe now he will.