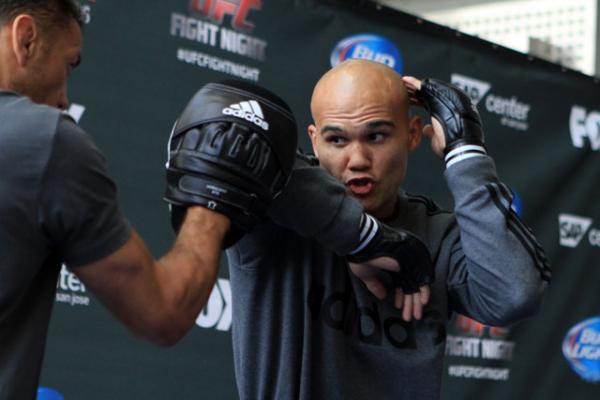 
Robbie Lawler and Matt Brown are the last men standing in the “Bigg Rigg” sweepstakes.

American Top Team’s Lawler will meet the surging Brown in the UFC on Fox 12 main event on Saturday at the SAP Center in San Jose, Calif., with the winner all but assured a shot at reigning Ultimate Fighting Championship welterweight titleholder Johny Hendricks.

Lawler has posted a 4-1 record since returning to 170 pounds, a contentious unanimous decision defeat to Hendricks the lone blemish. Long established as one of MMA’s premier power punchers, the 32-year-old last fought at UFC 173 in May, when he scored a third-round technical knockout on Jake Ellenberger at the MGM Grand Garden Arena in Las Vegas.

Brown has rattled off seven consecutive victories in emerging as the unlikeliest of title contenders. The onetime journeyman last competed at a UFC Fight Night event in May, when he took down the talented but enigmatic Erick Silva with third-round punches at the U.S. Bank Arena in Cincinnati. Brown has not tasted defeat since November 2011.

Sherdog.com touched base with a number of professional fighters and trainers to gauge their opinions on the UFC on Fox 12 headliner:

Brian Foster: Well, I definitely have some insight to this fight. With Lawler being a big part of my win over Brown, I don’t see Matt standing any chance whatsoever in this fight. Not to take anything away from what he has done as of late; he has earned this ass whoopin’. Lawler is an elite striker who has very underrated wrestling and jiu-jitsu. That being said, no matter where this fight goes, Lawler takes the cake. Kudos to Matt for making it this far, and I wish him well in recovery.

Igor Araujo: Bombs, bombs, grenades and rockets, after all. I have Robbie winning after five rounds.

Jeff Hougland: I’m going to pick Brown to do his best Terminator impression and walk forward through Lawler’s bombs and land knees and elbows for a late-round doctor’s stoppage due to a cut.

J.J. Ambrose: These guys both have ridiculous standup and KO power. Both also have the X-factor where they weather a vicious storm and come back to put their opponents away. I’m predicting an amazing, barn-burning fight that ends with a double knockout.

Cameron Diffley: Lawler-Brown has no other choice but to be an exciting fight. I see Brown finding angles, mixing his takedowns, clinch and striking and working his way to a one-sided decision.

Tom Lawlor: What can Brown do for you? Provide the “Fight of the Night” and win in impressive fashion.

Tom DeBlass: I have to go with Lawler by decision.

Joe Duarte: I have to go with Lawler in this one. He gave Hendricks a hell of a fight.

Jason Dent: I love to watch both these fighters perform, that’s for sure, but I’m going with “Ruthless” in this one. Brown won’t be able to take him down, and Robbie loves a guy who will stand and bang with him. I believe Matt’s style just is not a good matchup for Lawler. Robbie wins either by TKO, KO or referee stoppage. Both these guys are mean and like to finish fights, so I personally don’t see this going the distance.

Mike Ciesnolevicz: Ever since the first time I trained with Robbie in Iowa, I knew he was one of the most talented guys in the MMA world. I’m glad he is able to finally show everyone outside the practice room just how good he is. Brown has proved he is no joke. He has decently well-rounded skills, but his endurance and determination make him the fighter he is. Brown will need that against Lawler because I believe Robbie has a more dangerous skill set. I think Brown’s aggressive pace is going to lead him right into some big counters by Robbie. Lawler wins by KO in round one after some exciting exchanges.

Gabe Ruediger: This is one of the few fights where you can guarantee an entertaining fight. Both guys are tough as nails and like to scrap. I’m going with Lawler, though. His power and tenacity, I think, will be too much for Brown. Even If I’m wrong, though, it’s going to be a great fight. 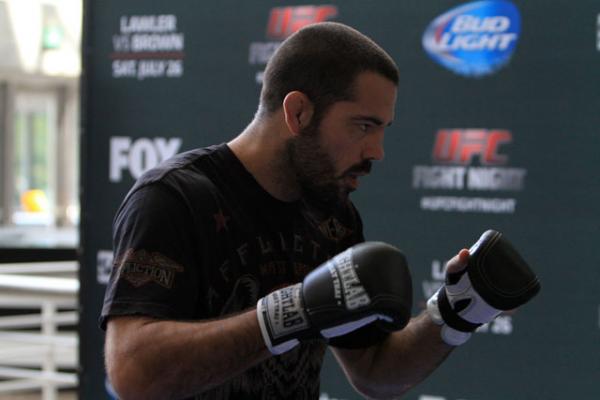 Mike Rhodes: Brown is as tough as it gets and on a crazy win streak, but his body is soft. Lawler used to be from my state, the great state of Iowa. He will throw left kicks to the body and head, ultimately leading to a TKO late in the first round or early in the second to earn another shot at Johny.

Ray Elbe: Lawler-Brown is going to be an all-out war. Lawler takes it by decision, beating Brown to the punch after eating some brutal leg kicks.

Caros Fodor: I’m going with my boy Brown in this one. I’ve spent a lot of time with Matt, and he is a beast. His pressure is crazy, and I believe it will break Robbie later in the fight.

Mitch Clarke: Lawler wins by TKO. I think he’s a better version of Brown, with more natural knockout power. That will lead to the fight being competitive in the beginning before Lawler pulls ahead.

Erik Paulson: Wow, what a fight. Both are totally tenacious fighters with the will and trickery to win. Endurance is the key. Robbie has explosive KO power in every punch. Game plan implementation and endurance will prevail. It’s a tossup, but I think Robbie will win. I can’t wait to eat wings and yell.

Javier Vazquez: I love both of these guys. Lawler has been around forever and Brown has been fighting great lately. It comes down to Lawler’s punching power and Brown’s pressure and conditioning. I’m 50/50 on this match, but I’ll go out on a limb and say Brown wins an exciting fight, probably by decision.

Wilson Reis: I have Brown winning by unanimous decision.

Ryan Benoit: I’m picking Lawler. Sick fight. It’s going to be a war. Both guys can swing, but I’ve got “Ruthless” in this one. I want to see Hendricks-Lawler 2.

Keith Berry: I’m a big fan of Brown, but I believe Lawler will get the nod.

Ben Saunders: Brown is a beast, but I’ve got my boy Lawler winning this fight convincingly.

Anthony Lapsley: Both guys are my homies, so I’m going with a draw and rematch.

Tarec Saffiedine: I don’t see this fight going the distance. I see Lawler winning by TKO in the third.