Perhaps more should have been made of Alexander Volkanovski’s arrival when he joined the Ultimate Fighting Championship roster a little less than four years ago.

The former rugby player debuted inside the Octagon on Nov. 26, 2016, built on an already impressive winning streak and passed each test with which he was presented, even as the degree of difficulty increased. Volkanovski captured the undisputed featherweight title with a five-round unanimous decision over Max Holloway in the UFC 245 co-headliner in December, completing his climb to the top of the 145-pound weight class. On a run of 18 consecutive victories, “Alexander The Great” will defend his championship in a rematch with Holloway—now viewed as his chief rival—at UFC 251 this Saturday on Yas Island in Abu Dhabi, United Arab Emirates.

With Volkanovski on final approach to his first title defense, a look at a few of the other rivalries through which he blazed his trail. 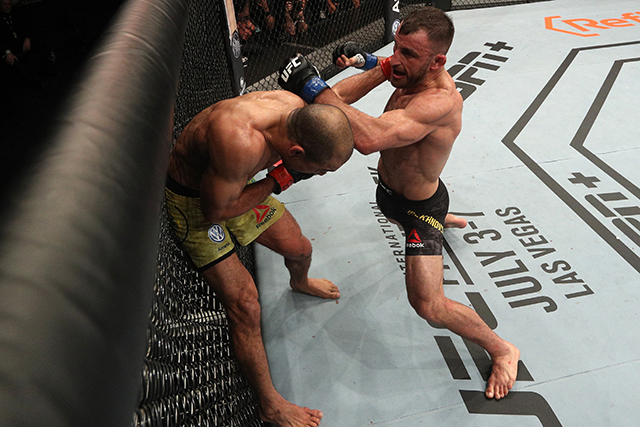 
All that stood between Volkanovski and a shot at the featherweight crown was an all-time great. The Freestyle Fighting Gym and City Kickboxing standout cleared the hurdle with room to spare, as he bullied Aldo across three rounds and earned a unanimous decision in their UFC 237 showcase on May 11, 2019 in Rio de Janeiro. “Alexander The Great” swept the scorecards with identical 30-27 marks, having outlanded Aldo by significant margins in total strikes (129-39) and significant strikes (95-29). However, not all went according to plan for the surging Australian. In the days following their encounter, Volkanovski was hospitalized in Chile with a blood infection that could have cost him his leg. 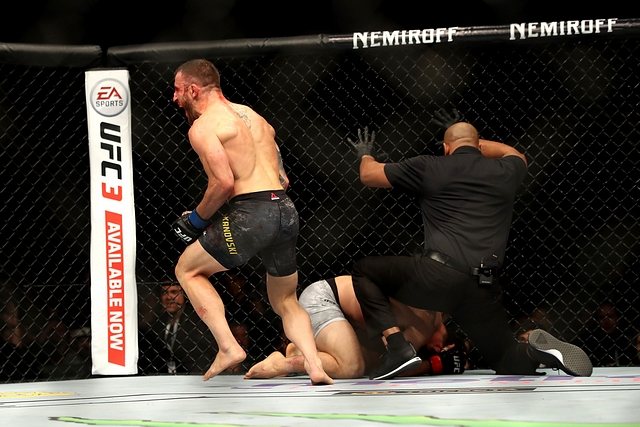 
Even as Volkanovski entered their high-stakes pairing with an 18-1 record, Mendes questioned the validity of his resume. He was made to eat those words. Volkanovski withstood a few harrowing encounters with the Team Alpha Male standout’s fists and ultimately stopped the two-time NCAA All-American wrestler with punches at UFC 232 on Dec. 29, 2018 in Inglewood, California. Mendes succumbed to blows 4:14 into Round 2. Volkanovski suffered damage to his nose, sustained a cut near his left eye and conceded a pair of takedowns against the former title contender. After freeing himself from an attempted rear-naked choke, “Alexander The Great” buckled Mendes’ with a left hook, mixed in punches to the body and unleashed a right to the head. The Californian collapsed against the cage, where he was met with another left hand before referee Mark Smith arrived on the scene. 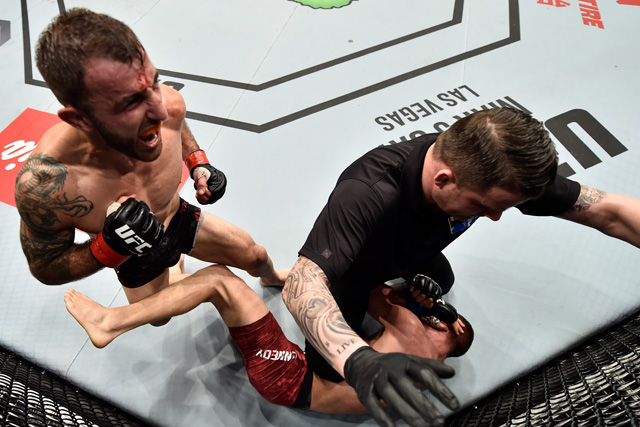 
Kennedy, a perfect 11-0 at the time, was thought to be on the same career trajectory when the two prospects squared off as part of the UFC 221 undercard on Feb. 10, 2018 in Perth, Australia. Reality provided a different narrative, as Volkanovski cut down the previously unbeaten Canadian with punches 4:57 into the second round. A crowd of 12,437 at Perth Arena roared with approval. Volkanovski was sublime and set the tone with a dominant first round, where he took down Kennedy and battered him with punches and elbows. It offered an extended look into what was to come. Volkanovski powered into top position again in the middle stanza, applied maximum pressure and cut loose with another volley of elbows and punches that necessitated the stoppage.