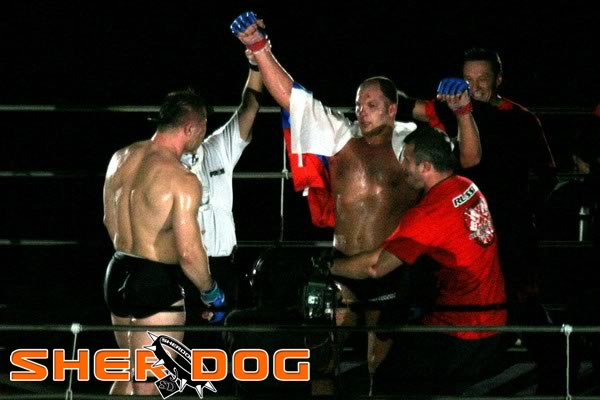 They met under the Pride Fighting Championships banner before a throng of MMA enthusiasts at the Saitama Super Arena in Saitama, Japan, a 28-year-old Fedor Emelianenko and a 30-year-old Mirko Filipovic. It was the three-round, 20-minute showdown for which fans and media had long pined, and while it largely managed to meet the impossible expectations surrounding it, the bout at Pride Final Conflict 2005 also helped two all-time greats solidify their places in combat sports history.

“Whether it’s the Super Bowl, NBA Finals, World Series or Fedor vs. ‘Cro Cop,’ it’s always a treat when the best in their athletic realm put it all on the line,” Sherdog.com Managing Editor Mike Fridley said. “Following two years of forum chatter and industry back-and-forth, planet Earth’s two best heavyweights met on the sport’s biggest stage and very few left disappointed. In my eyes, it was MMA’s grittiest warrior in Fedor versus the game’s most explosive athlete and dangerous finisher in ‘Cro Cop’ -- two styles that coalesced to produce a bout we’re writing about 10 years later.”

After receiving pre-fight referee instructions, the two men retreated to their respective corners, the electricity palpable. Neither showed any emotion. The bell sounded, they approached one another, touched gloves and got down to business.

His Pride heavyweight title on the line, Emelianenko in the first round absorbed several jarring body kicks but stifled the Croatian with punches and clinches, circling away from his back leg when operating at a distance. “Cro Cop” staggered his rival with a straight left and followed with punches, only to be taken down. Emelianenko successfully navigated his guard, often posturing to his feet to drop punches before dodging upkicks to dive back on top. Though he was bleeding from a broken nose and from a cut to his scalp, “The Last Emperor” had spent the first 10 minutes establishing his superiority.

By the start of round two, Filipovic was a diminished force. Dangerous, yes, but his movements had slowed and become noticeably labored. Emelianenko capitalized. The Russian grew more aggressive and brazen, digging to Filipovic’s body with hard punches and even firing off a head kick -- the very maneuver that had felled Aleksander Emelianenko, Igor Vovchanchyn and others and made “Cro Cop” famous. Later in the frame, Emelianenko again took it to the ground, pinning Filipovic to his back after a trip takedown. His patented ground-and-pound followed, and “Cro Cop” was powerless against it.

Whatever hope Filipovic had left evaporated inside the first minute of round three, as Emelianenko scrambled back into top position and resumed his attack. “Cro Cop” forced two referee restarts and connected with a pair of vicious body kicks, but he could not keep the Russian champion at bay. Emelianenko sucked him back into the clinch, executed another takedown and spent the final 20 seconds punishing Filipovic from inside the guard.

Upon the sounding of the final bell, Emelianenko helped “Cro Cop” to his feet, embraced him for a moment and returned to his corner. There, he draped himself in the red, white and blue colors of the Russian flag and awaited the verdict. The ringside judges awarded him a unanimous decision, to the surprise of no one. Emelianenko remained stoic and silent through it all, giving no inkling that he had just recorded one of the most significant victories in MMA history. The defeat snapped Filipovic’s seven-fight winning streak, the last six of which had been finishes, none lasting more than 3:53.

The irresistible force and the immovable object then went their separate ways. Both went on to cement their legacies. Emelianenko won his next eight fights, three of them against former Ultimate Fighting Championship titleholders: Mark Coleman, Tim Sylvia and Andrei Arlovski. His unbeaten streak reached an inconceivable 28 consecutive appearances, leaving many to peg him the greatest fighter of all-time at any weight. Filipovic, meanwhile, won the 2006 Pride open weight grand prix, carving through Ikuhisa Minowa, Hidehiko Yoshida, Wanderlei Silva and Josh Barnett in succession before packing his bags for the UFC.

Still, no matter what they accomplished as individuals, Emelianenko and Filipovic are forever linked by their one and only meeting, which took place on this day 10 years ago.

“Much like this specific match unfolded, so went the careers of both men,” Fridley said. “Fedor was the rabid dog, chewing through adversity and defecating out its bones without as much as a blink. ‘Cro Cop’ was the fast starter that faded when the mixed martial arts contest transitioned into a fight. This spectacle was but a glimpse into each man’s fighting soul, and in another 10 years, we’ll still be writing about it.”