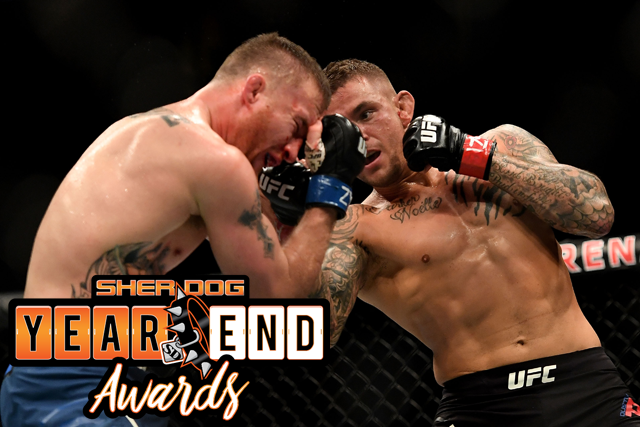 There is a certain Goldilocks-esque perfection to modern MMA’s standard five-minute round. It is just right: Long enough that momentum can sway back and forth multiple times, allowing fighters to tell a story within the larger story of the fight, yet short enough that every moment counts and the final horn can dictate strategy. There is nothing wrong with boxing’s three-minute frame, which permits pugilists to go 12 rounds, employ attrition tactics and write the kind of epic that is frankly exclusive to the Sweet Science; MMA will never have an Ali-Foreman. There was also nothing wrong with Pride Fighting Championships’ 10-minute opening round and its unique charms. We may never again see a round quite like the first round of Mauricio Rua-Antonio Rogerio Nogueira or marvel at the sheer resilience of body and spirit that let Enson Inoue survive 10 straight minutes with Igor Vovchanchyn and allowed Antonio Rodrigo Nogueira to do the same with Fedor Emelianenko -- especially the first time.

The five-minute professional round has become standard for a reason, though, and in 2018 there was no shortage of mixed martial artists willing to pair off and deliver melodrama and fireworks in doses of 300 seconds or less. Some, like the first-round slobberknocker between Thiago Santos and Jimi Manuwa at UFC 231, were such slugfests that it was surprising to hear the horn with both men still standing. Others, like the three minutes of scramble-heavy madness that comprised the entire bout between Ovince St. Preux and Tyson Pedro at UFC Fight Night 132, offered a pace so torrid and fighters so bent on the finish that it is difficult to imagine the fight going any longer than it did. We would be remiss in not mentioning the third round of Robert Whittaker-Yoel Romero 2, a round so closely contested and so momentous that it felt like the turning point, not only of a fight but of two men’s careers.

However, for its blend of nonstop action, measured aggression and technical skill in a high-stakes fight, one round stood out above the rest. Having already been awarded Sherdog’s “Fight of the Year” for their main-event classic at UFC on Fox 29 on April 14, Dustin Poirier and Justin Gaethje have also provided the “Round of the Year” with the second stanza of that indelible scrap.

Of course, the Poirier-Gaethje matchup promised greatness from the beginning; it is hard to picture the serious MMA fan who did not see the fight as a frontrunner for “Fight of the Year” the moment it was announced. However, unlike some can’t-miss action fights that missed -- ask anyone still sour about Nick Diaz-Carlos Condit -- “The Diamond” and “The Highlight” delivered and then some. In fact, the first round of their fight was a near-classic in its own right. The two lightweight contenders put on a back-and-forth five minutes, with Poirier landing more and harder punches to carry the round. However, Gaethje hacked away with his most underrated weapon: some of the most vicious low kicks this side of Edson Barboza.

The second round began much like the first, with Gaethje marching forward, throwing punches and kicks and being answered with crisp boxing combinations from his counterpart. Poirier took an inadvertent eye poke in the early going but waved away referee Herb Dean and the offer of a doctor. Like everyone else in the building, “The Diamond” apparently just wanted this scrap to get back underway as quickly as possible.

The persistent image of the middle of the second round is of Gaethje coming forward like some unholy hybrid of Joe Frazier and Marvel Comics’ Juggernaut, taking two or three punches to deliver one, getting absolutely blistered with combinations and yet showing no wear. The sheer volume of hard shots to the head that Gaethje took while grinning around his mouthguard was difficult to believe, and his inexorable advance almost seemed to give pause to Poirier, who is himself one of the most calculably aggressive and gritty fighters on the planet. At any rate, if there was a moral victory attached to making one’s opponent the first to blink, Gaethje secured it for himself, as Poirier dropped levels for a takedown attempt, running his man to the fence with a single-leg in the final 30 seconds.

Potential moral victories aside, however, the round itself was definitely going Poirier’s way, as his sharper combination punching let him put a hellacious amount of punishment on his opponent, even if he had taken quite a few shots himself. As Poirier bailed on the single-leg attempt, Gaethje smashed him with an elbow in close quarters, mugged him with uppercuts and capped it off with a “rolling thunder” front somersault kick as the horn sounded. After the horn, Poirier lingered in place, bent over with hands on his knees, and it was unclear whether he was dazed because the flipping kick had landed or simply exhausted from another five minutes of throwing the kitchen sink at Gaethje.

Some great rounds are great because they feature eye-popping technique or gigantic changes in momentum. This round was not one of them. Aside from the somersault, the technique on display was the same bread-and-butter kickboxing Poirier and Gaethje used all night, and other than Gaethje’s 15-second flurry at the end, Poirier probably won every minute of the round. It was inspiring and unforgettable for the pure will and heart shown by two all-time action fighters and tough competitors giving everything they had for five solid minutes.

Poirier won the round as well as the fight, but both men can hold their heads high as the co-authors of Sherdog.com’s “Round of the Year” for 2018.