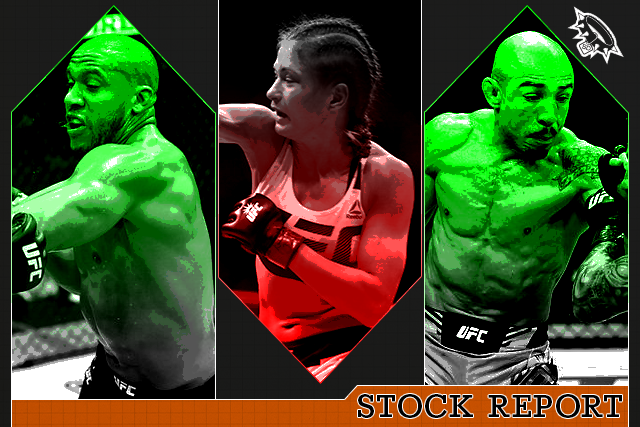 
The incredible rise of Ciryl Gane reached its penultimate milestone on Saturday, and it feels a bit like the beginning of an era.

In the main event of UFC 265 at Toyota Center in Houston, Texas, the 31-year-old Frenchman completely stymied Derrick Lewis for two rounds before finishing him in the third to win the interim Ultimate Fighting Championship heavyweight title. By winning a UFC belt in just his 10th professional fight, he placed himself in the company of such undefeated prodigies as Chris Weidman, who won the middleweight title in his 10th fight, and Cody Garbrandt, who took the bantamweight strap in his 11th.

While the interim belt itself is of debatable value, as it represents a transparent swipe at heavyweight champ Francis Ngannou, who is neither injured nor particularly idle, Gane’s performance left little room for criticism. Ultimately, the win on Saturday seems likely to yield the same result as if there had been no interim title on the line; that is, a matchup between onetime teammates Gane and Ngannou.

“Bon Gamin” may have labored under the brightest spotlight, but he was far from the only fighter who made a major statement in Houston. Here is the stock report for UFC 265:


For a fighter who walks into the cage as a greater than 3-to-1 favorite, as Gane did on Saturday, merely winning is not good enough to appear in this column. The MMA Factory export did more than merely win, controlling the range with kicks and superior footwork, leaving the UFC’s all-time heavyweight knockout leader struggling to get any offense going. For two rounds, Gane seemed more or less headed for a repeat of his previous two wins over Alexander Volkov and Jairzinho Rozenstruik, two other dangerous Top 10 heavyweights who were never able to get out of first gear.

In the third round, however, Gane turned on the jets, showing the kind of aggression, opportunism and power that should silence quite a few critics of the Volkov and Rozenstruik fights. The “cruise control” portion of a Gane fight may never be riveting viewing — there is a certain breed of fan who doesn’t want to see the “baddest man on the planet” decided by leg kicks — but he’s now shown himself capable of making a shorter night of work for himself if the opening is there. And even though the UFC commentary booth is hardly shy about reminding us of this, it bears repeating that Gane is doing these things to the best heavyweights to the world after training for less than four years. The level of poise and intelligence he shows is at least as impressive as his physical gifts, and the idea that he is still gaining skills and confidence, and may not even be close to his prime, should be a scary proposition for the rest of the division.


Aldo is the most unfairly overlooked fighter in the mythical “greatest of all-time” discussion. Whether it’s because of the shocking title loss to Conor McGregor in his highest-profile fight or because of his lack of a larger-than-life persona, he seems to come in just behind the likes of Georges St. Pierre, Anderson Silva and Jon Jones on most folks’ GOAT lists. This, in spite of still being the most accomplished featherweight ever, and a Top 5 fighter for 12 years and counting in two of the toughest divisions in the sport.

In the co-main event of UFC 265, Aldo knocked off yet another ranked fighter in Pedro Munhoz, but the remarkable part is how he did it. Despite all the years, the miles and the wars, and despite laboring in a weight class that is traditionally not kind to the elderly, Aldo was the faster, sharper fighter for the entire fight. Concerns that his cardio and chin might be compromised by age and the late-career cut to bantamweight appear to be unfounded, as he took plenty of flush shots from the powerful Munhoz and was probably the fresher man in the third round. It seems like a long shot that Aldo would have one more title run in him, but even to be in the picture at this point in his career is just adding to the legend.


Forget all the first-round knockouts, thunderous slams and other highlight reel fodder: Menifield’s unanimous decision victory over Ed Herman on Saturday was the most important, most impressive performance of his career to date. The question that had arisen over his back-to-back losses to Devin Clark and Ovince St. Preux, and had not been answered by his quick bounce-back win over Fabio Cherant, was whether the physically imposing Texan had the wherewithal to defeat a UFC-quality opponent that he couldn’t just blow out in two minutes.

The 40-year-old Herman — tough, wily and on a three-fight win streak — fit that description perfectly, and Menifield was up to the task, taking all three rounds and weathering the worst of what “Short Fuse” could throw at him. The lack of composure that saw him gas out against Clark, and lose a wild firefight against St. Preux, gave way to a more measured approach. Menifield threw plenty of offense, and certainly tried to finish the fight when the opportunities presented themselves, but he didn’t needlessly empty the tank trying to do so, nor did he panic when Herman was tagging him. It’s still a way off before we can call “Atomic” a contender at light heavyweight — though that destruction of Paul Craig two years ago is looking better and better with age — but this was a major step in the right direction.


It isn’t merely that Kowalkiewicz lost, though her fifth straight defeat is very likely to come with a pink slip, but how. In a matchup with Jessica Penne that seemed evenly matched and quite winnable on paper, the 35-year-old former title challenger made the fateful decision early in the first round to follow Penne to the ground, rather than force her to stand back up after a blown takedown. It was a mistake from which she would not recover. By allowing the fight to enter Penne’s world, Kowalkiewicz essentially gave up her best chance at winning an absolute must-win fight. While the ensuing grappling sequence was quite a lot of fun, and Kowalkiewicz defended herself ably for a while, she was never in real danger of escaping and the end seemed as inevitable as it was painful.

From here, again assuming she will be released by the UFC, there will probably be promotions interested in her services. In that case, her stock is down in the most literal sense, as this loss will be fresh in the minds of everyone at that bargaining table.