In the main event of Bellator 262 on Friday in Uncasville, Conn., Juliana Velasquez will defend the 125-pound strap against the surging Denise Kielholtz. The title fight arrives to considerably less fanfare than those of Velasquez’s predecessor, Ilima-Lei Macfarlane, one of the promotion’s most recognizable faces and the signature star around which it built several cards in Hawaii.

Perhaps the pomp and circumstance will follow if Velasquez can turn in a few more performances as dominant as the one she used to relieve “The Ilimanator” of the belt last December. Kielholtz is an intriguing first challenger, a decorated kickboxing crossover who stumbled out of the gate but has regrouped to string together four straight wins. Along the way, her strength, athleticism — and likely some very hard work — have allowed her ground game to improve by leaps and bounds, to the point that she now boasts more wins by submission than any other method. This week will provide the first test of Velasquez’s title reign — and of flyweight’s staying power as a marquee attraction for Bellator. 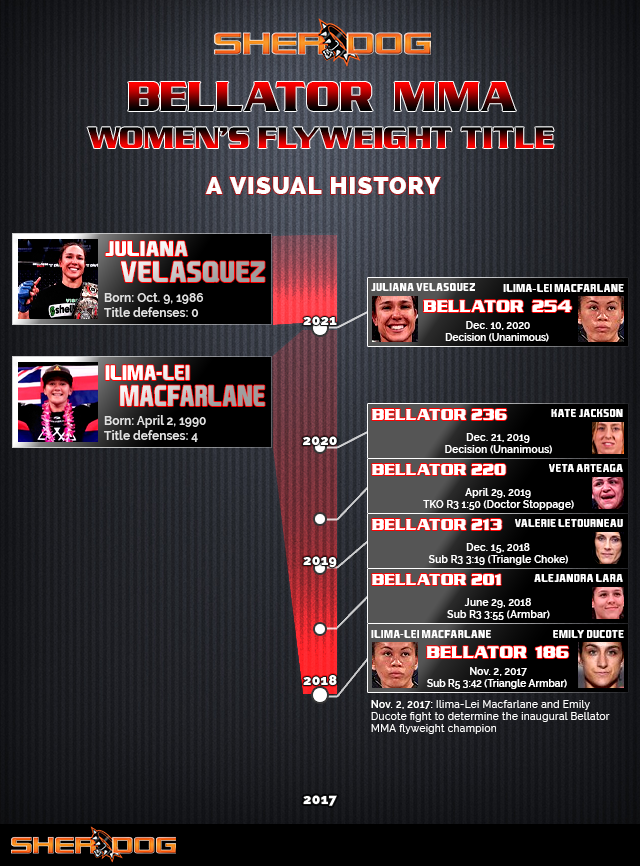 « Previous The UFC Lightweight Title: A Visual History Next Stat of the Week »