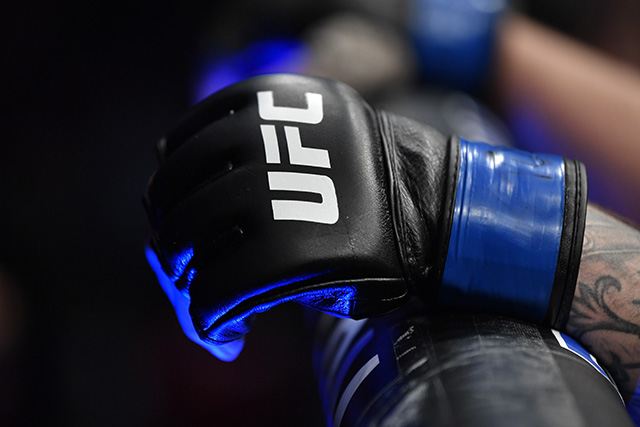 There was debate for some time about the wisdom of the Ultimate Fighting Championship’s strategy to saturate the market with constant shows. On the one hand, there were those who felt the UFC was better off running an easily digestible schedule to entice more fans to take an interest in the sport. The NFL’s model shows the potential benefits of a relatively short schedule where every contest counts. Fans are encouraged to watch everything rather than pick and choose, giving each fight heightened meeting and increasing anticipation for future events. When the UFC ran fewer shows, it was no accident that it had a high floor for its weakest pay-per-view events, as there were hundreds of thousands of homes that ordered each one no matter what.

The opposite point of view looked at the lucrative television deals signed by major sports leagues. By running a heavy schedule, the UFC can get paid substantial guaranteed revenue, offsetting the declining interest in minor events. Moreover, interest in the biggest events remains high, as the fan base that picks and chooses still tends to tune in to the top shows; and the sport’s omnipresence on television means casual fans are more aware than ever before when the top fighters enter the Octagon.

This was an active conversation at one point, but it has become moot. The UFC has now run an average of one show a week for 15 weeks, not including Dana White’s Contender Series, with main events like Jessica Eye-Cynthia Calvillo, Calvin Kattar-Dan Ige, Derek Brunson-Edmen Shahbazyan and Anthony Smith-Aleksandar Rakic. ESPN+ does not release its viewership numbers, but it is safe to assume that these weekly events are only being viewed by a tiny fraction of those who tuned in for Kamaru Usman-Jorge Masvidal or Tony Ferguson-Justin Gaethje. The UFC is all-in on volume, and there’s no going back. Given this reality, it’s worth noting some of the ways the UFC can optimize the current system.

Loaded Pay-Per-Views Should be the Norm

When pay-per-view events represented a much higher percentage of the UFC schedule, the depth of those cards was often overrated in importance. The UFC would occasionally stack a card with top-notch fights, but it rarely made much of a difference in the buy rate. The main event was what sold. Occasionally, a particularly strong co-feature would help, but this was the exception rather than the rule.

UFC 205 had three title fights, plus Yoel Romero-Chris Weidman and stars like Frankie Edgar, Khabib Nurmagomedov and Miesha Tate rounding out the card. That wasn’t enough to top UFC 202, with Anthony Johnson-Glover Teixeira as the top support under the Conor McGregor-Nate Diaz rematch. What mattered was McGregor’s opponent and very little else. Thus, it was nice for ardent fans when the UFC sometimes stacked a card because it meant bang for your buck. However, it didn’t serve as much of a purpose for the UFC.

That has changed because of how much bigger the top shows now are than everything else. Holding off significant fights to use as ESPN+ headliners only means fewer people are going to see those fights and be invested in what comes next for those fighters. By contrast, fighting on a big pay-per-view means more eyeballs, more ESPN coverage and more you can do with the fighters next time out.

The reason for loading up your biggest cards is thus less to get more people to tune in and more to make sure that when those people do tune in, they see fighters that are going to be important moving forward. There’s no sense in wasting that time and then having those fighters featured on a card that passes by with scant attention.

No Need for So Many Fights Per Show

That equation has changed with so much of the programming being ESPN+ exclusive. There aren’t so many masters being served. There are some television fights, but most ESPN revenue comes from putting on pay-per-view events and selling ESPN+ subscriptions. As long as the UFC is putting on ESPN+ events nearly every week, MMA fans will continue to subscribe. There’s no need to put on 12 fights, exhausting even the most hardcore fans and making it harder for the key fights to sink in. Recent seven- and eight-fight cards felt like a good length; it’s another strength of the fast-paced five-fight Dana White’s Contender Series cards.

With COVID-19 causing so many fight cancellations, the UFC has been forced to settle for a number of suboptimal ESPN+ main events this year. Given these are streaming cards put on in front of no fans, there aren’t really any negative repercussions to trotting out these events. Fans are understanding, and it doesn’t hurt their bottom line. With that said, the UFC shouldn’t forget that things will change once we return to live events.

The UFC brand remains strong, but fans aren’t willing to pay top dollar for just any event that comes to their city. It’s entirely possible that putting on so many events without needing star power will breed complacency once the UFC is selling tickets again. That could end up leading to some attendance struggles, particularly if fans prove skittish about returning to large crowds. The period after crowds return will be a tricky one for the UFC to navigate if it learns the wrong lessons from operating under present circumstances.

« Previous Why Marco Ruas Should Be in the Hall of Fame Next Video: Paulo Costa Offers Playful Preview of UFC 253 Bout with Israel Adesanya »