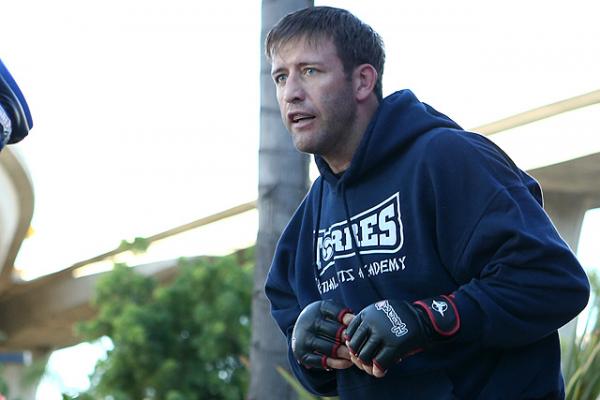 
It seems like eons ago when Tito Ortiz was one of MMA’s pound-for-pound best and the reigning Ultimate Fighting Championship light heavyweight titleholder. It was commonplace for “The Huntington Beach Bad Boy” to lay waste to his opposition, calling out whomever he wanted whenever he wanted. When he spoke, the collective mixed martial arts world listened.

Stephen Bonnar, though never as popular as Ortiz, was integral in developing the UFC into the global monstrosity we have come to know today. His timeless war with Forrest Griffin at “The Ultimate Fighter 1” Finale was credited with saving the company and ultimately led to Bonnar’s induction into the UFC Hall of Fame.

Fast forward a decade. Ortiz and Bonnar are nowhere near the fighters they once were as they barrel towards their showdown in the Bellator 131 main event on Saturday at the Valley View Casino Center in San Diego. While their skills and timing have eroded, their desire to compete has not, and Bellator MMA has banked on their engaging in an unexpected war.

Who will emerge victorious, as Bellator closes out its 11th season with two old lions locked in the cage? Sherdog.com founder Jeff Sherwood and longtime contributor Mike Sloan believe they have the answer:


MIKE SLOAN: I don’t know what’s more surprising, the fact that “The Great Sherdog Debate” has been resurrected after six years or that the remains of Ortiz and Bonnar have been exhumed and propped up in the main event of a major MMA card. That’s not to say I’m not amped up for this fight. I have a feeling it’s going to be insanely entertaining, to the point where fans will be longing for a rematch. With that said, I can’t see how this fight goes any other way than a victory for Bonnar. When looking closely at this matchup, I honestly don’t see any circumstances in which Ortiz can top “The American Psycho.” Bonnar is taller, has more tools at his disposal, carries serviceable athleticism and, unlike Ortiz, has actually looked effective in many of his previous fights. Yes, he got clocked by Anderson Silva the last time we saw him inside the Octagon, but aside from Chris Weidman, so has everyone else. Bonnar has solid boxing skills and is terrific on the mat with his jiu-jitsu, which he has honed under the great Sergio Penha in Las Vegas. Bonnar has his flaws, but at least he’s not a stiffened, modern-day version of Frankenstein. Ortiz has had so many back issues over the years that Tony Romo thinks he should retire, and he has not shown the same killer instinct inside the cage since he concluded his rivalry with Ken Shamrock. Ortiz’s body has betrayed him, essentially sapping him of his ability to compete at a high level with any sort of consistency. Bonnar has no such excuse built into his lanky frame. Yes, he melted the specimen cup after his loss to Silva, but I’d be tempted to juice, too, if faced with a short-notice fight against “The Spider.” Bonnar has not fought since, and though rust is a concern, he has nowhere the number of miles Ortiz has put on his body. I think he hands Ortiz another defeat, one that could force him into retirement. Bonnar will stick and move, using his Golden Gloves experience and tae kwon do background to frustrate Ortiz. They will clinch along the cage at times, but I see this remaining mostly on the feet, which does not bode well for Ortiz. If it does go to the ground, Bonnar is too comfortable and too skilled on his back to fall for the old ground-and-pound-from-guard routine. He gets the decision in this one. Thinking that any other outcome is possible is utter poppycock.

JEFF SHERWOOD: Do you really think this fight is going to be entertaining? The most entertaining part of this fight has already taken place with the masked Justin McCully. Bonnar can steal all of Ortiz’s ex-trainers he wants. It won’t matter because Ortiz is used to coaching and personnel changes. While you bring up a good point about Bonnar being good on the ground, when was the last time he submitted anyone from his back? As far as athleticism is concerned, you don’t need to be a great athlete when you can take down your opponent and elbow him in the face over and over again. I feel Bonnar may have awoken a sleeping giant. I’m not sure how motivated Ortiz has been over these past few years, but you don’t talk about a man’s family. This might be fun and games for Bonnar -- and one more paycheck after he “retired” -- but this is as real as it gets for Ortiz. He wins this fight, and he makes it bloody.


Will Brooks vs. Michael Chandler


SLOAN: This is a matchup I’m looking forward to. Both guys have been tearing it up, but I give the edge to Brooks because he’s from just outside of Chicago. That almost makes him invincible. Plus, he has already beaten Chandler.

SHERWOOD: No matter who wins this fight, we get to see two young, exciting lightweight talents locked in the cage to duke it out for the Bellator championship. That’s why we love this sport. Chandler grinds out a win here with his wrestling.


SLOAN: “King Mo” should be considered among the elite of the elite at 205 pounds, but he’s not. For whatever reason, he has yet to fully break through in Bellator, but a destructive knockout against Vedepo will help his cause.

SHERWOOD: “King Mo” will win this fight with his always-improving standup and superior wrestling. Plus, it helps that Vedepo took this fight on extremely short notice.


SLOAN: More than anything, this is the fight I’m dying to watch. I am a sucker for world-class muay Thai fighters, and Schilling is among the best in the United States. Ignore his MMA record: Schilling is going to knock Manhoef into 2016, when he’ll come back and confirm to us that Drake still sucks. SHERWOOD: In this very interesting Glory fight, I have to go with the muay Thai sensation in Schilling.


SLOAN: Phan is my boy because he always does the “Pros Picks” with me. He’s gotten a raw deal a few times, but not in this one. He continues his winning streak with a tough decision win over “The Marine.” SHERWOOD: This one has possible “Fight of the Night” written all over it. Phan is not afraid to stand with anyone, and Richman is always looking for someone to dance with. I will go with “The Marine” since this fight is so close to Veterans Day.
« Previous Migration of Legends Next Pros Pick: Ortiz vs. Bonnar »