With an 18-month stretch of success in 2008-09, Lyoto Machida turned himself into the biggest anomaly in mixed martial arts: the “traditional” stylist who could excel against “practical” competition.

Against Tito Ortiz (karate vs. wrestling), Machida brushed off takedown attempts and put Ortiz down with a body shot for the first and only time in Ortiz’s career. Against Thiago Silva (karate vs. muay Thai), Machida seemed to float out of the way of Silva’s aggression until he chose to plant himself in the ground for a knockout victory. Against Rashad Evans, he proved unflinching against another unorthodox striker and turned Evans into a carcass -- again, for the first and only time on his opponent’s record.

Of course, Machida is no more a pure karate practitioner than Ortiz is a pure wrestler, or Silva a kickboxer; these are all accents for the same language of fighting. If Machida had never exposed himself to submissions or muay Thai, he would never be able to apply his preferred weapons. But because he is a mixed martial artist who practices karate -- rather than being a karate stylist who practices mixed martial arts -- he succeeds: Eight straight victories in the UFC chases Anderson Silva’s own consecutive record of 11.

This is a crucial time for Machida, but not because of any statistics. In rematching Mauricio Rua Saturday -- the man who came closest to figuring him out -- Machida can either prove his style can correct its mistakes or accept that he will not hold the advantage of surprise for much longer. The answer will define the second act of his career.

From its first night in the U.S., MMA has suffered the constant stress of unfamiliar techniques confusing what fighters thought they knew about fighting. Royce Gracie ran the table early on, wrapping opponents in a pile of suffocating laundry; then came the wrestlers; then the kickboxers who could stifle wrestling.

None of these styles retained their initial novelty for very long. Gracie -- so dominant at UFC 1 -- was getting shut down just a little over a year later by Dan Severn and Ken Shamrock. (In the proceeding 15 years, he would submit just one more opponent: a nearly immobile sumo.) The wrestlers who fed on his style were later exposed for having only the kind of cardio conditioning suited for three-minute wrestling periods, not 20-minute fights. And on and on. 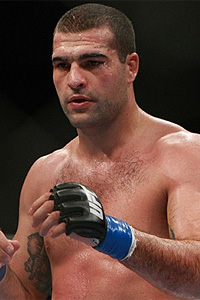 
The question isn’t if Machida’s style will be countered; it’s when, and how.

In October, Rua had his math worked out pretty well. He discovered that Machida, so focused on parrying with his hands, can neglect to consider the premature aging effect of kicks to the lower body. And instead of backing away, allowing Machida to calculate a step-in attack, he stayed in Machida’s face. It was a performance that impressed virtually everyone but the three judges ringside.

It seems impossible to think those five rounds could have any physical bearing on what transpires this weekend. But the damage to Machida’s ego could be slower to heal: He knows that catching Rua won’t be easy, that Rua isn’t intimidated by his resume and that every unique style -- no matter how spectacular it first appears -- has a shelf life.

The parallels to Gracie or wrestlers can’t go very far. Unlike the jiu-jitsu artists or collegiate grapplers of the 1990s, Machida doesn’t allow a philosophical pride in his art to reject other techniques or solutions. But even if he makes those adjustments, he faces a daunting task: maintaining an art based on agility and timing through advancing age.

There are fight styles that age well and styles that don’t. Wrestling can sustain long careers because even the slowed shot or clinch of a grappler is often more effective than the defense of a cross-trained fighter. On the ground, there is time to consider your movement.

Strikers don’t have this luxury. When we look at the sustainability of fighters and men who can compete well into their 40s, names like Couture, Coleman and Henderson appear but not Maurice Smith’s, a kickboxer who had given those wrestlers a tough time years prior. (You can forget the comparisons to boxing’s over-40 club: Eight points of attack are more demanding on your reaction time than two.)

One of the most fascinating things we could witness in Machida’s career is how he will adjust his style to compensate for a less hospitable physical environment. Is being elusive really a consideration at age 35? 37? 39? Are the short careers of lighter-weight fighters -- who have to fight with agility as a prerequisite -- an indication of what’s waiting for him?

Much will be made this week on whether or not Rua can make additional adjustments to figure out Machida’s style. If the first fight is an indication, it’s Machida who needs to worry about figuring out Rua’s. If he can do that, and decisively finish a man who gave him such trouble, it will be another episode in a storied career. If he cannot, then karate will fall into the same suffocating fate as every dynamic new method of professional fighting to come before it: It will become familiar.