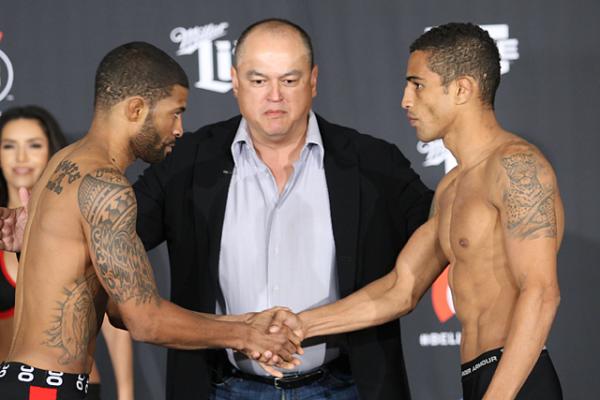 
When Scott Coker was announced as new president of Bellator MMA, the decision was met with near universal acclaim from fans and pundits alike. Coker, after all, has a proven track record as one of MMA’s savviest and most successful promoters. He built the Strikeforce brand into a regional and then national power and succeeded where many other aspiring mixed martial arts promoters had failed. It also did not hurt that Bellator founder Bjorn Rebney had alienated many during his time running the company. Coker has been hailed as a panacea for all that ails Bellator.

While Coker’s track record provides reason for optimism, he returns to an MMA landscape radically different from the one that existed the last time he was genuinely steering the Strikeforce ship more than three years ago. Moreover, he takes charge of a promotion that is structured and monetized in a completely different way than either the San Jose, Calif.-centered Strikeforce model he once ran or the later premium television model. In order to succeed, Coker will need to adapt; and his early moves leave some questions as to how well he will fit his promotional direction with the strengths and weaknesses of Bellator, Spike TV and parent company Viacom.

Rebney built the Bellator brand in significant part because he exhibited a caution and fiscal prudence that so many MMA promoters lacked. While EliteXC and Affliction shelled out huge sums of cash to sign free-agent talent, Rebney focused on building from within and creating new stars using the tournament format. Other promotions ran in expensive larger arenas that required significant advertising budgets and sizeable front offices, but Rebney ran large numbers of sold shows that kept costs down. It was a conservative approach not unlike what Coker himself exhibited in carefully building the Strikeforce brand over time. By not spending money extravagantly, Bellator could offer relatively cheap and consistent programming that hit a target demographic.

This approach was not without its drawbacks. As Coker has noted since taking over, Bellator did not create a crop of big drawing cards. The volume of shows made it hard to focus on any individual event as a big deal, so the entire approach of the promotion was dumped. Gone was the focus on tournaments. The number of shows would be slashed dramatically. Bigger buildings would be booked. Older name free agents would be targeted, signed and featured. Is Coker throwing out the baby with the bathwater? Which of these models is better suited for the 2014 MMA landscape?

Strikeforce’s biggest early star was Frank Shamrock, who left the UFC initially because there was not enough money in it. Coker added marketable UFC veterans still in or close to their primes who were released after a few losses because there were so few UFC roster spots available. Think Nick Diaz, Josh Thomson, Robbie Lawler and Duane Ludwig. Coker tapped the female MMA scene with Gina Carano, Cristiane Justino, Miesha Tate and Ronda Rousey before the UFC added a women’s division. He smartly took advantage of non-exclusive contracts fighters had in Japan when there was still real money in Japanese MMA, accessing the likes of Alistair Overeem, Gegard Mousasi, Ronaldo Souza, Muhammed Lawal and Josh Barnett.

The reasons those fighters were available have almost all dried up. Very few of them would ever have signed with Bellator if the landscape then were what it is now. These were not just marketable figures. They were high-quality fighters at the top of their games.

In dumping tournaments as a predominant focus in Bellator, Coker indicated he would instead focus on making big fights that moved the needle. However, fighters who move the needle and can still fight at that high level are simply no longer available. Instead, he has to sign the likes of 38-year-old Melvin Manhoef, who is 1-5 in MMA and kickboxing since 2013, and 37-year-old Stephan Bonnar, whose last win came in 2011. Karo Parisyan and Phil Baroni were moved to television. These are the most attractive options available in non-UFC MMA in 2014.

You could once count on the UFC releasing just about any fighter who lost three times in a row inside the Octagon. Today, the UFC keeps marketable fighters under contract even if they lose fight after fight, knowing they still have value on foreign shows. When the UFC releases known fighters now, it is generally because they have definitively proven to not have much fighting ability left or because they are unmarketable with a boring style. Pickings are exceedingly slim.

By running fewer shows, abandoning tournaments and signing washed-up names, Bellator is giving up its primary method of creating stars: showcasing rising fighters over time and allowing them to build up wins over a series of events. It is true that Ben Askren, Michael Chandler, Hector Lombard, Alexander Shlemenko, Joe Warren, Pat Curran and Patricio Freire are not household names, but few had any name value at all, even to hardcore MMA fans, before they came to Bellator.

More importantly, creating stars this way was a lot more cost effective than building around former stars that are used to commanding much bigger paychecks. Viacom has indicated it does not want to continue running pay-per-views, which speaks to how cost effective signing the likes of Tito Ortiz and Quinton Jackson has been thus far. Building minor TV stars through tournaments is not terribly glamorous, but it is a lot less risky than the high-stakes game of signing big-money free agents -- a game which has played a primary role in the death of just about every promotion in the MMA graveyard. Adding bigger arenas, as Bellator has already done by booking the 16,000 seat Save Mart Center in Fresno, Calif., on Sept. 19, only increases those costs.

There is also the question as to what exactly the business model for Bellator will be going forward. The idea is clearly that a smaller number of shows will make each one mean more, but it is an open question how Bellator will be able to monetize the added costs for each individual event. With premium television, drawing a certain number of viewers for an individual show did not matter. What mattered to Showtime was providing a high enough quality product that subscriber numbers would increase, as they did significantly during the time the network showcased MMA.

With a cable television station, the calculus is completely different. Those ratings are imperative. A TV show spending a lot more money but providing less programming and only drawing slightly higher ratings is not going to be viewed so favorably. The previous model was cheap, consistent programming. Getting more expensive and less consistent is only worth it if you are much more popular. This again leads back to the MMA landscape in 2014, when fans are not exactly clamoring for more product. Even the mighty UFC is finding it substantially easier to hook its loyal hardcore base than branch out into a larger audience that is overwhelmed with the volume of freely available MMA.

Bellator is better positioned and structured to be a lower-end product for MMA fans. Coker’s approach is geared towards turning Bellator into more of a premium brand. Trying to turn Bellator into a premium product is a more glamorous route for Coker and Spike TV, but it remains to be seen if it is a wise gamble given how different MMA is today as compared to when Coker last attempted that approach; and even in a time period so much friendlier to that strategy, let us not forget how that story ended. Strikeforce for a great many years operated as MMA’s little engine that could, thriving on a regional scale with regional stars. Then, at a time when Strikeforce had built itself into a national power with a roster of upper-echelon talents, Silicon Valley Sports and Entertainment sold the promotion due to money losses. It was death for the promotion’s ambition.

That is not to say history will repeat itself. Coker’s track record is one of the best of any MMA promoter, but many legendary coaches and general managers have failed late in their careers by misreading a changing landscape. In order to succeed, Bellator needs to remember its particular strengths and its weaknesses, along with the unique obstacles to success that have cropped up since Strikeforce’s heyday.