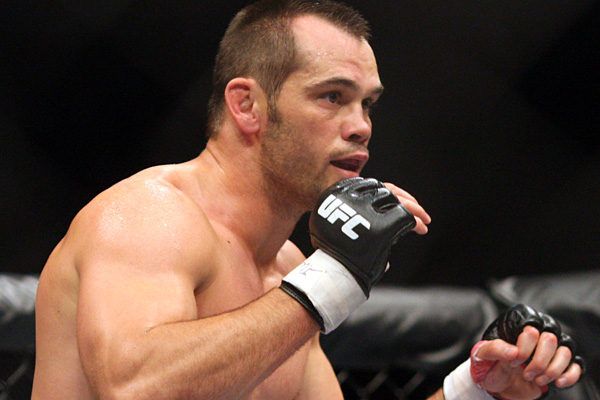 Between UFC on FX 4 and UFC 147 on Friday and Saturday, the Ultimate Fighting Championship staged nearly five hours of fights in two different countries. However, even with more than 20 bouts of varying weight and ability, the single most thrilling minute of action came in the very last -- and most preemptively reviled -- fight of the weekend.

The second bout between Rich Franklin and Wanderlei Silva, which headlined UFC 147, was both overlooked and spat upon by UFC heads in the lead-up. There was not much about which to get psyched. It was a rematch for which virtually nobody but Silva had been clamoring, one which filled a void left first by the year’s most anticipated return bout -- Anderson Silva-Chael Sonnen 2, shifted to Las Vegas two months back -- and then by the broken hand of Silva’s original opponent, Vitor Belfort.

In the end, Franklin-Silva 2 did not turn out to be “Fight of the Year” or even produce a “Round of the Year” candidate. It was a perfectly serviceable match between two name veterans that went very much the way many felt it would -- again. For a minute in round two, though ... oh, for a minute, it looked like something wild.

During the first round and a half, Silva was having problems. Stuck on the outside of Franklin’s jabs and long lefts, the famously vicious “Axe Murderer” looked almost tentative as he circled the perimeter, waiting to throw bombs, drawing in deep breaths on more than one occasion. Maybe it was fighting on home soil for the first time in a dozen years or the incompatibility of his frame and game plan with Franklin’s size and strategy, but beyond the ever-present puncher’s chance, it was tough to envision a clear path to victory for Silva.

Wanderlei Silva File Photo
Silva spent himself trying to finish.
With about 80 seconds left in the second frame, Silva timed a body kick from Franklin and came over the top to whack the American with a right hand. Franklin seemed unfazed and continued moving the action around the cage, pumping his jab and further bloodying Silva’s damaged nose. Twenty seconds later, however, Silva rushed off the cage with a four-punch combo and clipped Franklin with the final right hand of the exchange. Again, Franklin seemed alright, but this time Silva kept the pressure on, looping more of his signature wide punches and looking for a goodnight knee in the clinch. For the first time in the fight, Franklin was not having his way.

Silva attempted to tie up along the fence and strike with more knees inside, but Franklin slipped away. Walking through Franklin’s next jab, Silva stepped into the pocket and detonated a big right hook on his foe’s chin. Franklin’s legs gave way and he dropped to his back, the back of his head bouncing off the canvas. Referee Mario Yamasaki rushed in to better assess the situation as Silva went for the kill, standing over his prone opponent and slamming a dozen punches through his guard.

From his back, Franklin twisted and squirmed, trying to make for a tougher target while simultaneously grabbing for a desperate armbar on Silva’s left limb. Franklin lost the arm when he tried to go belly-down, leaving him in an even more precarious spot with Silva in place to drop unfettered hammerfists from north-south position. The former UFC champ rolled to his knees and drove forward on a single-leg with 30 seconds to go, still absorbing more punches and a knee. By the 20-second mark, Franklin was back on his knees with Silva’s left arm looped around his waist, big right hands sneaking up under Franklin’s right armpit.

Things were not looking great for Franklin, but they started looking really bad in the last 20 seconds. After a particularly hard right hand he could not see coming, Franklin went face-down on the mat with Silva latched on his back. Yamasaki watched Silva’s go-for-broke attack from inches away, yelling for Franklin to fight back and looking poised to intervene. Franklin kept himself alive by getting to his knees and falling to his back, but Silva was relentless, thumping away with right hands and hammerfists to the end of the round while his countrymen in the crowd went equally berserk. When the horn sounded, Franklin clambered to his feet and trudged back to his corner, having survived a barrage of more than 50 unanswered strikes.

In that frenzied moment, the fight could have turned any number of ways, the easiest to imagine being Yamasaki calling a halt to the bout. For all the hate heaped upon Yamasaki for his less popular decisions -- like his controversial disqualification of Erick Silva in January -- this is one case for which he deserves kudos. In real-time, it seemed Franklin barely made it out of the round with his consciousness intact. Upon review, it is easier to see “Ace” deflecting punches, grabbing for the armbar and shifting positions just to stay in the fight. Yamasaki stayed closed to the action the whole time and made the right call, which was no call at all.

Most affected by Yamasaki’s decision not to stop the bout was Silva. A rugged 35 years old, Silva’s adrenaline-fueled barrage would have tired a younger man, let alone a banged-up veteran of nearly 50 fights. “The Axe Murderer’s” trademark style lends itself about as well to prolonged attacks as it does five-round fights, and as rounds three and four wore on, it became readily apparent that Silva had punched himself out. Franklin went back to the jabs and straight punches which had served him well in the early going, and now he had even less offense from Silva about which to worry.

According to FightMetric.com, Franklin out-landed Silva 71-22 in total strikes across the final three rounds -- not a pulse-pounding 15 minutes per se, but nonetheless a solid showing from the American. It was especially impressive given Franklin’s later admission that he had no recollection of rounds three or four. Even in an eventually lopsided defeat, Silva proved himself capable of surviving a five-round fight on fumes, perhaps not quite as shopworn as previously believed. On another night, things might even have swung his way at the end of round two.

Maybe nobody is screaming for Franklin-Silva 3, but for a fight that was dismissed by most long before it began, it really was not so bad. At least we had that minute.