Until UFC 227, the lineal history of the Ultimate Fighting Championship men’s flyweight title was the story of one man: Demetrious Johnson.

“Mighty Mouse” snatched the inaugural belt from a mini-tourney of four of the most deserving contenders -- all former bantamweights like himself -- and then held it for a record-breaking 11 consecutive defenses. What makes this unparalleled run of dominance even more impressive is that Johnson seemed to put more distance between himself and the pack as the years went by, adding wrinkles to his game and evolving from a fighter once criticized as a “decision machine” into the author of chilling knockouts and dazzling submissions.

With a hard-fought split decision loss to a previous victim, Olympic gold medalist Henry Cejudo, Johnson finally takes a step back. Whether MMA’s greatest video gamer has it in him to recapture the title at age 31 and perhaps even launch another run as champ, only time will tell. In the meantime, “The Messenger” wasted no time in embracing the idea of a superfight with T.J. Dillashaw, who defended his bantamweight title the same night. Whether the UFC decides to make that fight, book an immediate rematch with Johnson or have Cejudo defend the flyweight title against one of the hungry and improving contenders in his own weight class, the UFC flyweight division suddenly feels wide open in a way it never has before. 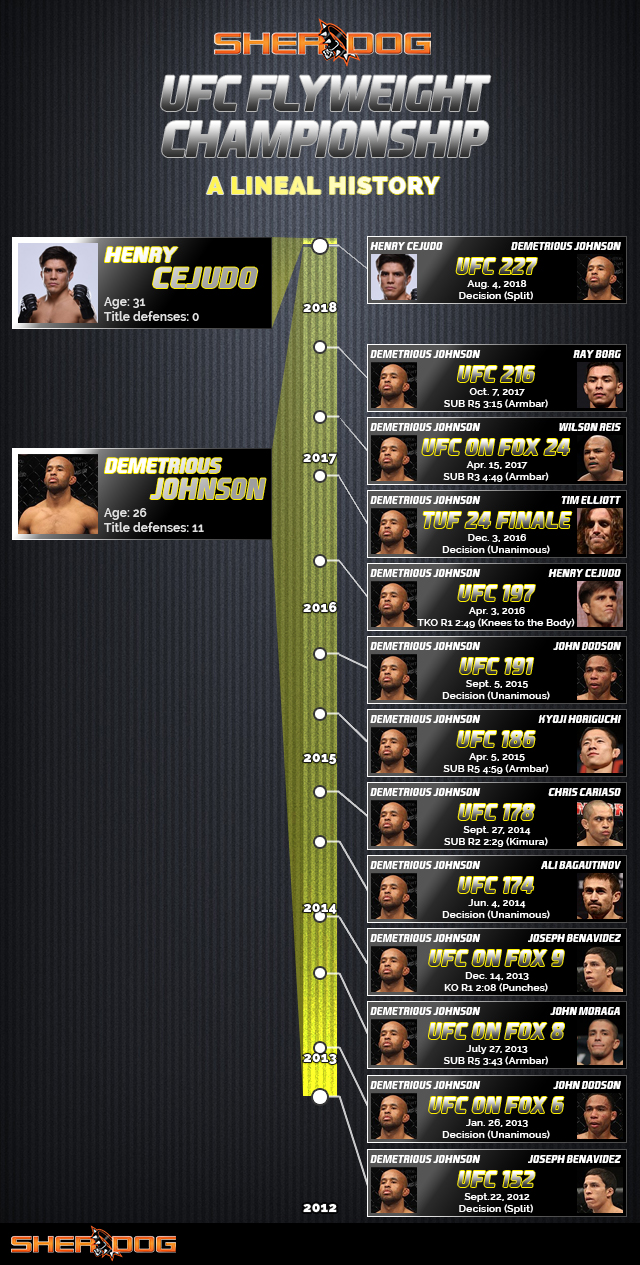