In the era of COVID-19, Ultimate Fighting Championship main events have been quite a grab bag, as matchups have been made, broken or postponed at the drop of a hat—or more accurately, a nasal swab.

The headlining fight this weekend at UFC Fight Night 177 has been the target of some criticism, but Michelle Waterson and Angela Hill are well-rounded veterans and compelling personalities—both women have the feeling of stars waiting to happen—and whoever emerges victorious in the UFC Apex on Saturday will make a well-timed vault up the UFC strawweight Top 10. Just in time, as the division is in a state of rare flux.

For most of the division’s existence, it has been practically synonymous with Joanna Jedrzejczyk, who strung together five dominant title defenses. While the belt briefly became a hot potato after “Joanna Champion” was shocked by Rose Namajunas in 2017, Weili Zhang and her preposterous 20-fight win streak seem to have restored a semblance of stability to the division. It is fitting that Zhang became only the second woman to defend the strawweight title in a “Fight of the Year” candidate over none other than Jedrzejczyk herself. Now, with Namajunas appearing to be back in the picture, Jedrzejczyk right there and Jessica Andrade decamping to flyweight, the Top 10 is wide open for some fresh faces to present themselves. With any luck, one will do so this weekend at UFC Vegas 10. 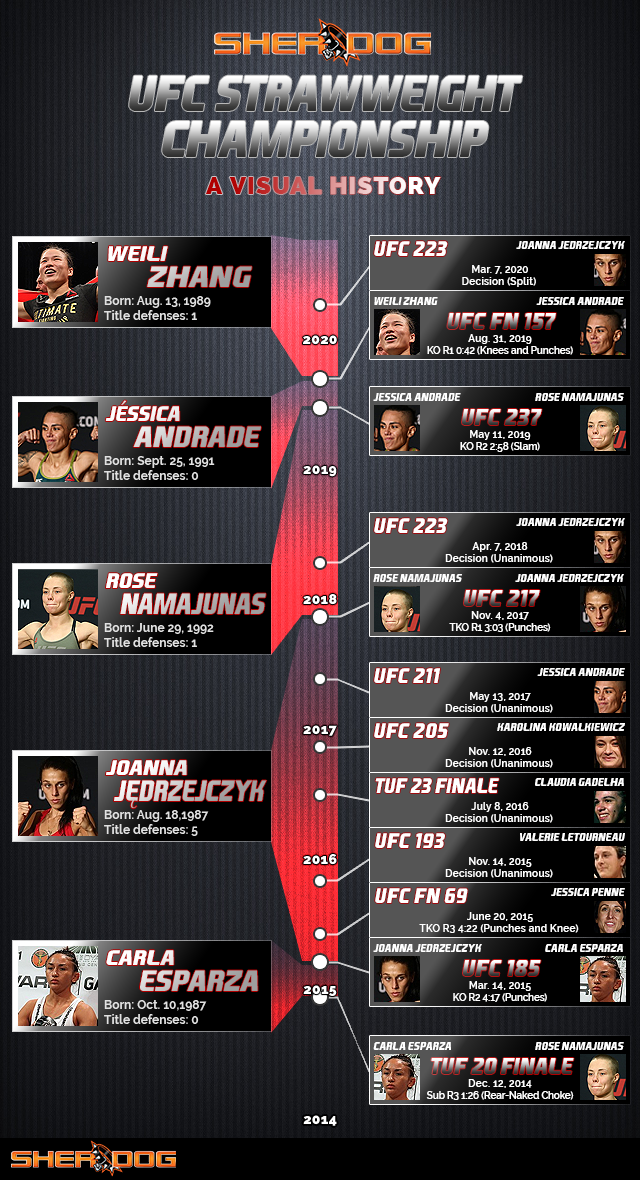 « Previous Stat of the Week Next The UFC Welterweight Title: A Visual History »