This weekend at UFC 261, Weili Zhang and Rose Namajunas will meet in a strawweight title fight with historic implications.

If Zhang defeats Namajunas to notch a second successful defense of the title, she will have defeated the last three women to hold the belt — Namajunas, Jessica Andrade and Joanna Jedrzejczyk — in consecutive fights. Even taking Jedrzejczyk’s five title defenses into consideration, that feat would make a fairly compelling case for “Magnum” as the greatest strawweight in the division’s brief history. On the other hand, if Namajunas unseats Zhang and becomes the division’s first two-time champion, it could easily vault her into divisional GOAT status, considering that “Thug Rose” is 1-1 against Andrade and 2-0 against Jedrzejczyk. Whatever the outcome on Saturday, it will be a defining moment for the seven-year-old division, and barring something unforeseen, it is likely to result in an immediate rematch — extremely likely, if Namajunas wins. We can only hope for another instant classic like the one we got from Zhang and Jedrzejczyk at UFC 248 last March.

Here is the brief but eventful history of the UFC strawweight title. It tells a story of a division with surprising depth and parity from day one, a division that continues to grow and develop as its initial crop of contenders have taken turns knocking each other off the throne. 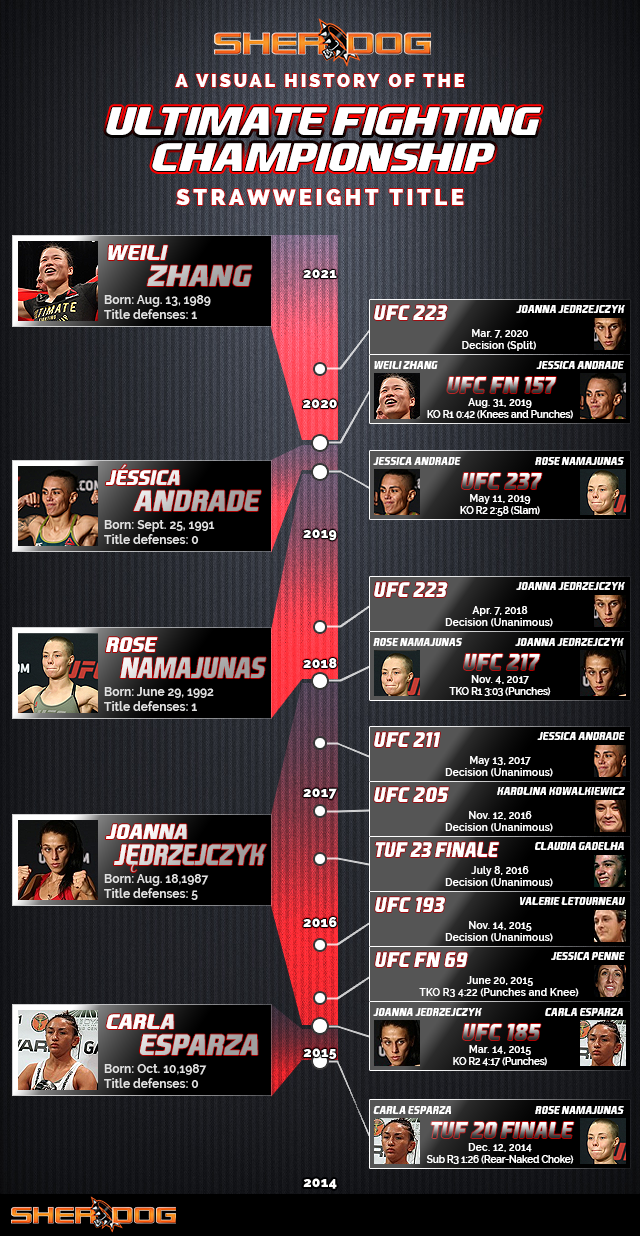