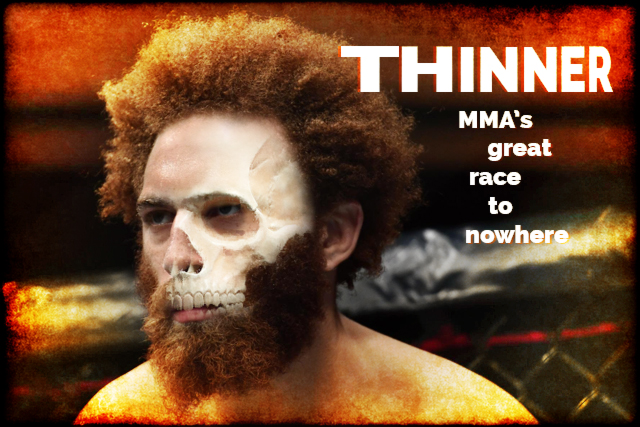 On Friday morning, Luis Pena weighed in for his bout at UFC Fight Night 148, his first foray at 145 pounds after building his young career at lightweight. It was not an auspicious start: Pena came in at 148.5 pounds, forfeiting 30 percent of his purse. He also appeared on the verge of collapse and physically resembled not a violent landscape painter, but a cross between Christian Bale in The Machinist and Sideshow Bob. 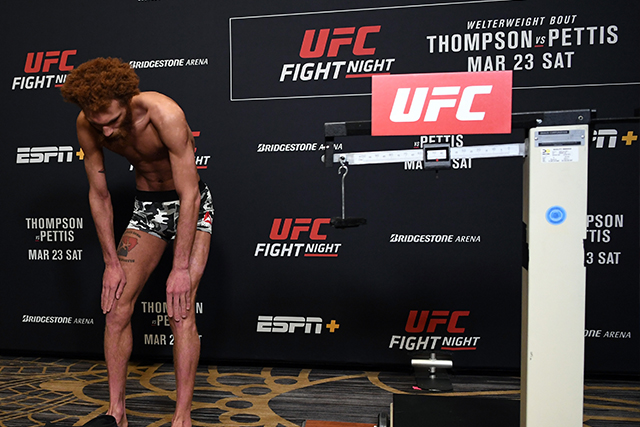 Pictured: not a featherweight (via Getty Images/Zuffa/Jeff Bottari)


Pena is hardly the only fighter to blow weight this year, and his miss was far from the worst, but as an example of the misguided, dangerous and counterproductive arms race that is weight cutting in mixed martial arts, his is an especially instructive example. Like so many fighters who attempt to rejuvenate their careers by going down in weight, Pena seems to be trying to fix the wrong problem, and in his case it looks hasty as well.

Pena is, as much as any fighter can be while on the roster of the world’s premier mixed martial arts promotion, a young prospect. He’s 25 years old and has a 5-1 record as a professional. His lone pro loss, to fellow “The Ultimate Fighter” Season 27 alum Michael Trizano last November, was a narrow split decision in which Pena did not appear to be physically overpowered, and in fact was the visibly larger man in the cage. From an observer’s perspective, there was nothing in Pena’s career to justify pushing any panic buttons. Unlike fighters who go down in weight as a desperation move when they’re on a losing streak and likely fighting for their jobs, Pena has lost exactly one fight and is in no imminent danger, and that doesn’t even take into account that he is a character with a memorable look and nickname, the kind of fighter who typically gets more than a fair shake from the promotion.

If we believe Pena -- and I see no reason not to -- his decision to drop to featherweight was not due to the Trizano fight itself, but from seeing fellow lightweight Davi Ramos, who fought that same night. It was apparently the sight of the 5-foot-8 Brazilian fireplug, who had rehydrated to 183 pounds by fight time while Pena claims he weighed only 165, that made up his mind for him, and led four months later to the sad spectacle of a half-dead, 6-foot-3 would-be featherweight, all Afro and cheekbones, tottering on the scale in Nashville.

As already noted, Trizano didn’t overwhelm Pena with physical strength that night. Pena lost for a variety of small tactical reasons, among them a failure to check leg kicks and difficulty keeping his shorter opponent from getting inside and tagging him. Unless a few extra pounds of water and muscle relative to his opponent make him better at checking kicks, and unless an even greater reach advantage suddenly makes him better at using that reach advantage, he hasn’t solved much, and in fact has tortured his body to fix a problem that was never there.

On the flip side of this situation -- a fighter killing himself to lose weight out of a misplaced idea that size is an end-all, be-all advantage -- is the fighter who decides, or realizes, that he performs best at the weight at which he feels best. I spoke to Linton Vassell last week as he prepared to fight at heavyweight for the first time at Bellator 218 on Friday night. There was plenty to talk about, but what shone through most was his sheer relief at no longer having to torment himself to make light heavyweight. The joy in his voice as he said, “I can eat carbs again, mate!” made me laugh out loud. He spoke of wanting to fight three times this year, and confessed that he could never have done so at 205 because it essentially took a 20-week camp to whittle his 245-pound body down first to about 225, then the rest of the way to the light heavyweight limit. He spoke of the advantages of fighting as a “proper heavyweight” rather than a “heavyweight trying to be a light heavyweight.” (Obvious advantage: food. Less obvious advantage: not overtraining due to having to run extra miles to cut weight.) 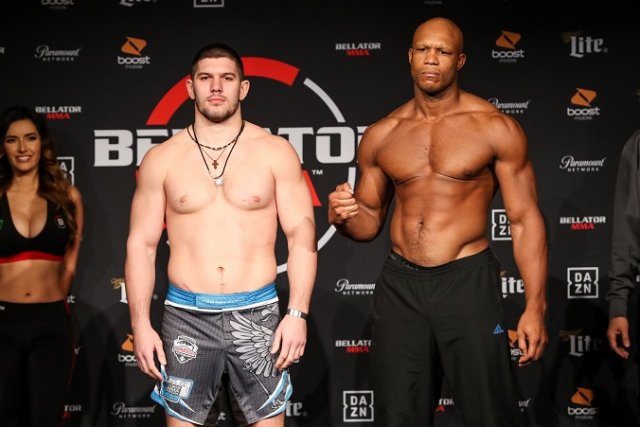 Pictured: not a light heavyweight (via Bellator MMA)


I asked Vassell most of the questions I wanted to that day, but there are two that I did not ask and really wish I had: How differently do you think your career would have gone if you had moved up to heavyweight three or four years ago, and do you wish you had? Vassell is 18-7 overall and a respectable 7-4 in Bellator MMA, with all four losses coming to Top-10 light heavyweights. But look at that weigh-in shot of the 246-pound Vassell and ask yourself if he would have been at any sort of physical disadvantage against the participants in Bellator’s heavyweight grand prix -- Fedor Emelianenko, Roy Nelson, or notably, Vassell’s former foe Ryan Bader, who went up in weight and made himself Bellator’s first-ever two-division champion.

Extreme weight cutting sucks. It sucks for the fans as well as for the fighters. Failed weight cuts scuttle more fights than PEDs, and almost always at the last minute, when there is usually little or no way to save the matchup and nothing to do for the other fighter but give them their show money and shrug. There have been a thousand ways suggested to combat the problem. There’s always a faction calling for more weight classes. The UFC has tried earlier weigh-ins, with mixed success.

Ultimately, though, different and tighter rules only create another system for ultra-competitive fighters to game. As long as fighters believe being the bigger man or woman in the cage is an advantage worth risking and harming themselves for, they’ll keep risking and harming themselves to achieve it, and it’s silly to expect otherwise. The T-formation in football and the two-handed set shot in basketball were never outlawed; they simply fell out of use as people realized there were better ways to win. I’m not saying the comparison is exact -- and certainly not saying weight-cutting failures shouldn’t be punished -- but simply making the point that a change of hearts and minds can make legislation and enforcement a moot point.

What’s needed is more fighters to learn the lesson, to follow the example of those leading the way: Jorge Masvidal, a lightweight for most of his career, used skill and timing to destroy the largest welterweight in the UFC last weekend. Robert Whittaker is the middleweight champion of the world in spite of being smaller than all of his opponents so far. Anthony Smith may never contend for a light heavyweight title again, but he fought his way to a title shot at his walking-around weight. So what if Jon Jones overwhelmed him? Jones overwhelms everyone. On the other side, an emaciated T.J. Dillashaw, apparently living on nothing but pills and hubris, got dusted by the champ of the division below his, a stinging loss even before the further humiliation of losing his own belt to USADA this week. The examples are out there aplenty.

Here’s to a future where fewer fighters feel impelled to go the Pena, Dillashaw route and more choose the Vassell, Whittaker route. Here’s to happiness, here’s to sport, here’s to functioning kidneys, here’s to carbs, mate.