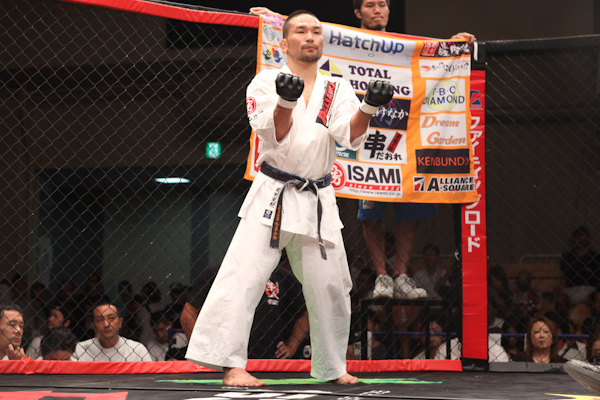 
The Ultimate Fighting Championship will make its debut in Singapore on Saturday, when UFC Fight Night 34 goes down from the Marina Bay Sands in Marina Bay.

Like many UFC bills of late, the Jan. 4 show was affected by injuries, resulting in the withdrawal of main eventer Jake Ellenberger and co-headliner Hacran Dias. Nevertheless, the most capable Joe Silva found adequate replacements in Hyun Gyu Lim and Sean Soriano, who will now meet Tarec Saffiedine and Tatsuya Kawajiri, respectively.

Prior to the main draw, the preliminary proceedings also stream live on UFC Fight Pass. Here are five reasons to catch the undercard:


Katsunori Kikuno is coming to the UFC, and that is good news for all MMA fans looking for a dose of George Romero-inspired karate violence.

Kikuno made quite a name for himself among the hardcores with his rigid stance and stalking movement on the Japanese circuit, particularly due to his use of an unorthodox crescent kick to the body. Like many fight nerds, I got my start in karate. The crescent kicks I learned to throw were big, loopy, flowery things that many a child of moderate strength annoyingly swatted away like a bothersome moth. That is not the type of kick Kikuno throws.

Instead, the former Deep champion launches snapping, liver-seeking missiles with such ease and accuracy that even upon watching their instant replay, it is still difficult to fully understand the amount of force he can generate with such an abbreviated motion. The technique is beautifully disguised because the fold so closely resembles that of a front kick. Rather than extending the ball of his foot straight out, however, Kikuno whips his hip and knee as the strike is unfurled, and his left instep flies toward his opponent’s rib cage on a slight arc.

I should also mention that Kikuno -- who, by the way, is almost always staring like a psychopath into his opponents’ eyes to further disguise the impending attack on their internal organs -- is just as likely to turn his hip over and fire a head kick from virtually the same fold position. Basically, when he brings that left knee up, be somewhere else.

The 32-year-old rides a five-fight winning streak into his Octagon debut opposite Quinn Mulhern, a 6-foot-3-inch Strikeforce veteran and former King of the Cage welterweight champion. Mulhern is a rangy and well-rounded competitor, though he seems to lack the elite athleticism to deal with some of the division’s scariest talent.

Can Mulhern halt the stocky kareteka’s winning streak or will Kikuno show off his unorthodox striking attack en route to a successful UFC debut?

Sporting a frame that would no doubt cause both George Roop and Pablo Garza to nod in approval, Galera has shown off a variety of skills during his time in the Philippines-based URCC. His wrestling should not amount to much against many in the division, but his ability to score submission victories off his back is intriguing. The bantamweight, who has never before seen the judges’ scorecards, most recently scored a third-round technical knockout over Reyden Romero to capture the interim URCC title in April.

Now paired with fellow unbeaten prospect Royston Wee, “Scarecrow” hopes to extend his winning streak to six fights. Will he entertain or disappoint in his first UFC outing? 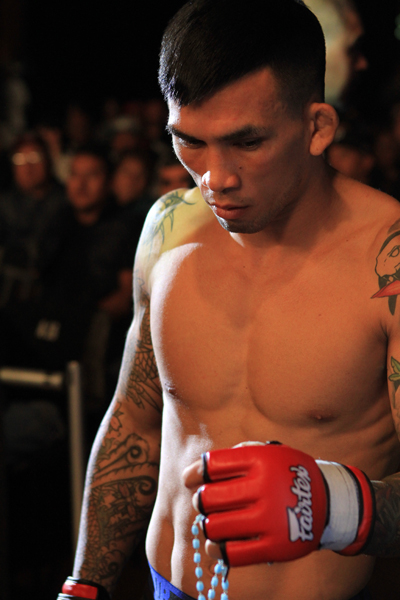 Doane enters the Octagon having won three of his last four, with his lone loss in that span coming in a split decision in August under the Pacific Xtreme Combat banner. The Hawaiian was particularly impressive in his most recent outing, as he stopped UFC veteran Jared Papazian with a barrage of elbows at TPF 17.

Issa, meanwhile, rebounded from his second-round stoppage defeat at the hands of then-One FC champion Soo Chul Kim to score a unanimous decision victory over Yusup Saadulaev in his final appearance for the Singapore-based organization.

Which bantamweight can maintain his momentum and make a statement in the Octagon?


There is a lot to like about Dustin Kimura at just 24 years old, but I am still not convinced that he will be able to consistently produce in the Octagon.

“The Diamond” began his UFC run with a Feb. 2 victory after Chico Camus inexplicably and repeatedly engaged the prospect on the mat, despite holding a significant advantage in the standup. Though Kimura was able to exploit Camus’ tactical error and score a third-round submission, the young gun nevertheless suffered his first career defeat in his next outing, as Mitch Gagnon put him to sleep with guillotine choke after a back-and-forth opening four minutes.

Kimura will now face 26-year-old Guam native Jon delos Reyes, who rides a four-fight winning streak into his first UFC appearance. Will Kimura halt his skid at one fight or can Reyes hand him his second promotional defeat?


It will be interesting to see what type of impact, if any, Tae Hyun Bang and Mairbek Taisumov will have on the UFC lightweight division.

A former Deep champion, Bang began his career with a 14 victories against four defeats but left the sport for 31 months after losing three of four fights and going 0-2 in the now-defunct Sengoku organization. Still, Bang has shown an attractive ability to finish fights, with half of his victories coming by way of knockout. The South Korean standout returned to action in June with the Top Fighting Championship organization, scoring his eighth career knockout in a second-round stoppage of Joo Dong Hwang.

The 30-year-old will now square off with M-1 Global staple Taisumov, who has stopped 19 of his 20 career victims inside the distance. A Chechen Republic native now fighting out of Austria, the 25-year-old has lost just one of his last nine fights and most recently avenged his 2010 defeat to former M-1 Global lightweight champion Artiom Damkovsky.

Will either lightweight make some noise in the UFC’s deepest division?