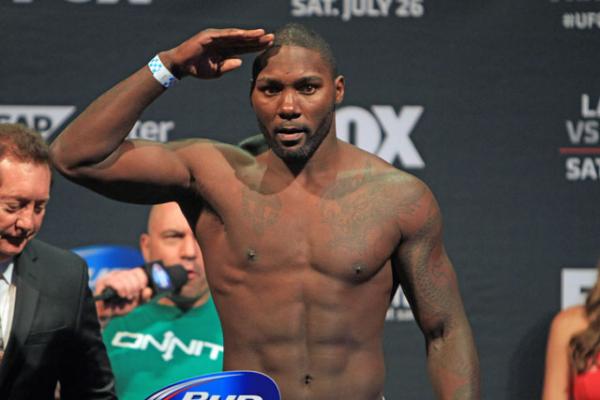 
Fighters, promoters and those who cover the increasing number of global events tell us repeatedly that mixed martial arts is an evolving sport.

UFC on Fox 14 on Saturday at the Tele2 Arena in Stockholm may have provided the latest update on the progress fighters are making in various weight classes and within their disciplines of choice; yet, let us also accept that we are simultaneously in a period where history is being rewritten. Look no further than Anthony Johnson.

In the not-so-distant past, Robbie Lawler -- who easily could have been forgotten as a journeyman -- returned to the Ultimate Fighting Championship after nearly a 10-year absence and with only one win in his previous four fights. Still, he has managed to go 6-1 inside the Octagon and now reigns as the promotion’s welterweight champion, finally living up to the promise many saw in him when he was still a teen-ager.

Now, Johnson has taken the pen and started to line out numerous things said about him in recent years. The same guy who was run out of the UFC in January 2012 for repeatedly missing weight in lighter divisions traveled all the way to Sweden to put the latest stamp on his revival as one of MMA’s premier light heavyweights.

With a summer title shot against 205-pound king Jon Jones hanging in the balance, Johnson earned his second straight first-round stoppage, along with a $50,000 “Performance of the Night” bonus. It was his fourth first-round knockout or technical knockout in his past six fights. On the other end of Johnson’s vicious strikes was Alexander Gustafsson, the Swede who had given Jones his toughest test to date. The long-sought Jones-Gustafsson rematch will have to wait, but Johnson made a strong case for fans to be even more excited about what lies ahead. “Rumble” believes he will be the hardest puncher Jones has ever encountered in the cage. 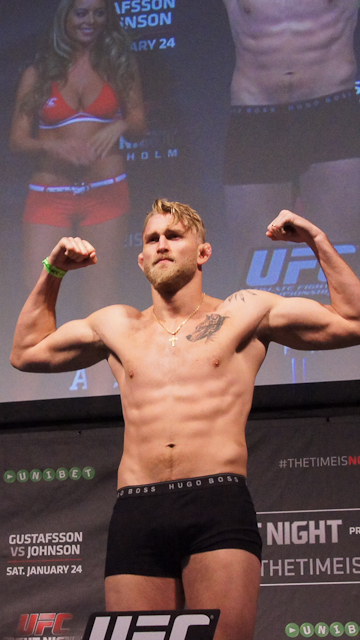 Photo: Ryan O’Leary/MMAViking.com
Gustafsson must regroup.
A packed crowd of supporters greeted Gustafsson, and Johnson acknowledged the fact that he did not want to let the Alliance MMA rep get too comfortable and begin feeding off the energy of his countrymen. He also wanted to avoid allowing Gustafsson to use his superior footwork and distance control to dictate the fight.

“My game plan was just to pressure and make him fight my kind of fight,” Johnson said. “It just didn’t seem real. I was like, ‘I can’t believe I just beat the guy who, in my opinion, beat Jon Jones .’ I was just in a state of shock. Nobody’s ever stopped Alexander [with strikes] before. I was just speechless … I felt really bad; I saw him crying. I know how it is. You have a goal and something gets in the way. I felt this pain before. I guess I’m human. I just felt bad for -- I can’t say ending his goal -- but he didn’t reach his goal.”

For his part, “The Mauler” did not hide his emotions after collecting his thoughts, nor did he discredit Johnson’s win in any way. Some believe an inadvertent head butt led to his unraveling.

“No, I didn’t feel any head butt,” Gustafsson said. “Anthony’s a beast, and he came in with his pressure. He did what he had to do and he did it; he caught me. He saw his opportunity and he took it, and he did what he had to do to win the fight. You’re always learning from your mistakes, and I learned today that I need to keep my guard up. It was a tough thing to deal with, and it still is. Whatever hurts you gets you stronger, though, so it’s all good.”

If the primary idea behind the Fox network-televised UFC shows is to showcase top contenders to a huge audience, hoping they will connect with fans that will later be willing to pay to see them challenge for a title on pay-per-view, mission accomplished. 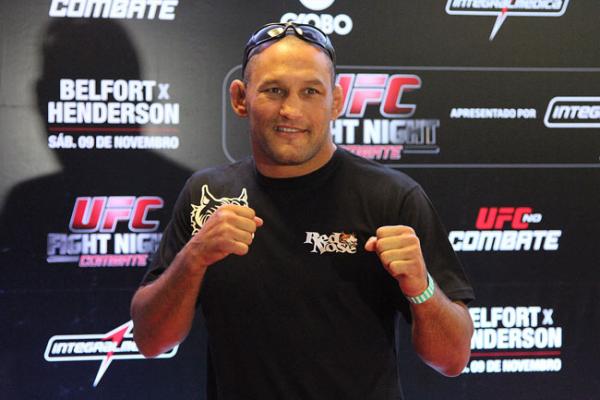 Photo: Gleidson Venga/Sherdog.com
Will Henderson fight again?
Sticking with the theme, the final chapter in the book detailing Dan Henderson’s long and fruitful MMA career may have been written -- in Sweden of all places.

The proud American had traveled the globe as an amateur wrestler, an Olympian and later as a fighter. Yet, it might be time to channel his competitive fire in a new direction after Gegard Mousasi handed the 44-year-old Team Quest founder his third stoppage loss in his last four fights.

Like Henderson, Mousasi is well-decorated in MMA. He, too, has won multiple championships and has competed in different weight classes throughout his 43-fight career. However, even after landing enough punches to earn a TKO stoppage at just 1:10 of the opening round, he remains a conundrum. Mousasi has three wins in his five UFC appearances but cannot yet be viewed as a true title contender at 185 pounds. He will likely need a convincing victory over a top-ranked opponent in his next outing to move into the discussion. Regardless, all the post-fight talk centered on the man Mousasi defeated.

Henderson received the second-loudest cheers on the entire card, and that is saying something when one considers the idea he had never before fought in Scandinavia and the fact that there were a handful of local fighters on the roster. This further proves what has long been known inside combat sports circles: Fight fans across the globe respect true warriors, regardless of weight class or county of origin. “Hendo” is no exception. However, despite an historic career, Father Time appears to be sending him a message. Having had his hand raised in only one of his previous four fights, Henderson’s matchup with Mousasi represented his last hope to show everybody his chin was not gone and that he could still give the youngsters a run for their money. Henderson suffered early damage to his eye before being stopped.

“My eyelid was sliced open. I knew that something was wrong when I couldn’t see out of it,” Henderson said. “It didn’t feel like a hard punch, but I couldn’t see and it was real blurry out of one eye, and then Gegard started pointing at it. I just felt like if they looked at it, it would have been stopped, so I tried to pressure him and he clipped me a little bit. Then you guys saw what happened. I feel like I didn’t really get in there to fight and get an opportunity. It’s just unfortunate the way it happened, and it just sucks.”

Henderson took to social media after the post-fight press conference, noting that his wife, a nurse, had taken care of him and that he would not need stiches for his eye. Actually, he was just joking, as the accompanying picture showed she had simply drawn a new eye for him on top of the white patch covering his left eye. If only it were that easy.

“I just had an unfortunate thing happen,” Henderson said. “Tonight I felt fine the whole time. It was just one of those things.”

Although it might be difficult for fans and Henderson to accept, the time has likely come for the former two-division Pride Fighting Championships titleholder to call it a career. As with so many greats before him, Henderson’s work inside the cage will not be soon forgotten. His iconic one-punch knockout of Michael Bisping at UFC 100, for example, has permanently been woven into the fabric of our subconscious highlight reels.


Fox Sports 1 carried a six-fight prelim show, bookended by bouts going to the judges’ scorecards. In between were four rather short contests, three of which ended before the midpoint of the first round … Makwan Amirkhani used a flying knee and follow-up punches to dispatch Andy Ogle in just eight seconds, earning the Finnish newcomer a $50,000 “Performance of the Night” bonus. Amirkhani went on to become one of the biggest stars at the post-fight press conference, with his witty quips and subtle cockiness … Bulgarian light heavyweight Stanislav Nedkov gave cage announcer Bruce Buffer a fist bump during pre-fight introductions and then promptly tapped to Nikita Krylov’s standing guillotine at 1:24 of the first round … Kenny Robertson earned the other $50,000 “Performance of the Night” bonus for his knockout of Sultan Aliev. He beat the two-time sambo world champion by barely dodging a spinning back kick to the body and then landing a vicious overhand left. Aliev entered the fight on a steady roll, having delivered four straight finishes.


Fans were still coming up to the stadium’s box office at 3:30 a.m. local time and buying tickets during the Gustafsson-Johnson main event, according to UFC Senior Vice President and General Manager of Europe, Middle East and Africa David Allen. As such, the official attendance figure could be adjusted later. For now, it is listed at 30,000 for a live gate of $3.1 million, making it the second-largest attendance figure in UFC history and the company’s largest European gate to date.
SHARE ON FACEBOOK SHARE ON TWITTER
Related Articles
Latest News
+ VIEW MORE