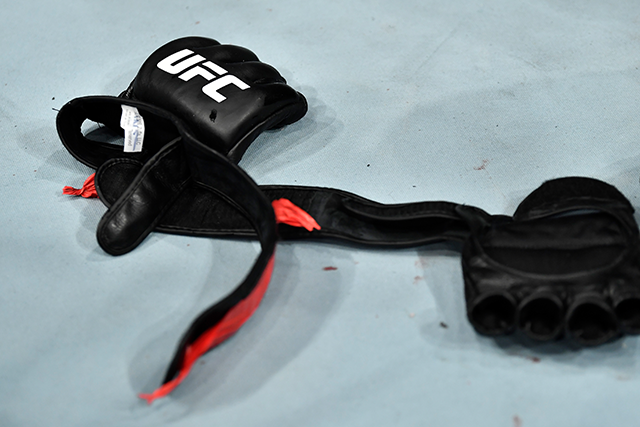 The ordering process for Ultimate Fighting Championship pay-per-views has changed: UFC 238 is only available on ESPN+ in the U.S.

Anthony Smith submitted hometown hero Alexander Gustafsson with a rear-naked choke in the fourth round of the UFC Fight Night 153 main event on Saturday in Stockholm. Despite “The Mauler” finding rhythm and success with his striking in the second and third rounds, Smith managed to secure a takedown against the 32-year-old Swede that led to an upset in enemy territory. Afterward, a dejected Gustafsson left his gloves in the Octagon and retired from the sport. “The show’s over guys,” he said.

Gustafsson isn’t the only fighter who left MMA behind recently. Five-year Ultimate Fighting Championship veteran Nick Hein announced he was bowing out after a technical knockout loss to Frank Camacho at UFC Fight Night 153; light heavyweight Jimi Manuwa on June 4 announced he was done with MMA in an Instagram post following a vicious knockout loss to Aleksandar Rakic on the same card; and Muhammed Lawal’s retirement was revealed on social media a day earlier by American Top Team, with the former Strikeforce champion revealing plans to coach with the group moving forward.

All four men are well-established veterans of the sport and should be able to rest on their laurels. As for what comes next for each of them: most likely some type of second job. Enter the MMA retirement plan or lack thereof. In a sport that takes a hefty toll on the body, little comes in the way of programs set aside for fighters when they decide to put down the gloves. Once upon a time, if a fighter was a big enough name in the UFC, he or she would receive “one of those Chuck Liddell jobs” that consisted of a perpetual paycheck for little to no work. However, since the company sold to WME-IMG in 2016, those opportunities are relics of the past. Although popular retired fighters may still be paid to appear at special events, it does not come close to substituting for regular income, and those who either lack a big enough following or failed to save enough money are left with no help whatsoever.

Former fighters can be left with injuries following their careers, though. “King Mo” recently cited multiple surgeries he had undergone as one of the primary reasons he was stepping away from the sport.

Without comprehensive medical insurance, the bills from those procedures can start to add up, and given the expenses that come with everyday life, many fighters are left with one of two choices: work another job or return to fighting. Depending on their level of education or previous career training, it can be a difficult road for retired mixed martial artists. UFC veteran John Alessio worked as an Uber driver immediately following his run with the promotion and eventually became a police officer. Former UFC lightweight standout T.J. Grant was on the verge of a title shot when an injury sidelined him and forced him to take a job in a potash mine to keep his family afloat. In fact, several fighters continue to work regular jobs even while they fight in the UFC, hoping to one day become champions and earn enough to live off their career earnings.

Those who know no other way of life often continue to fight long past their primes or decide to come out of retirement. After Endeavor removed him from his lifetime position in the UFC, Liddell stepped back in the cage against Tito Ortiz for a third time in November at the age of 48. He was brutally stopped in the first round and indefinitely suspended by the California Athletic State Commission. Another legend of the sport, B.J. Penn, came out of retirement in 2017, and despite losing four straight fights to what was seen as progressively easier competition, he insists he is on a mission to reclaim the UFC lightweight championship.

With efforts to unionize at a standstill and with no sign of meaningful retirement package, most fighters are left to fend for themselves in their post-Octagon lives. Although some of the more charismatic fighters go on to become television analysts or color commentators, those openings are few and far between. As UFC President Dana White once said back in 2013, it seems that MMA was not designed to be a full-time career.

“This isn’t a long-term [expletive] job. You don’t come into the UFC thinking, ‘Man, I’m going to stay here until I’m 65 and then I’m going to retire, get a pension and do this, that and the other,” White said. “This is a [expletive] short-term gig.”