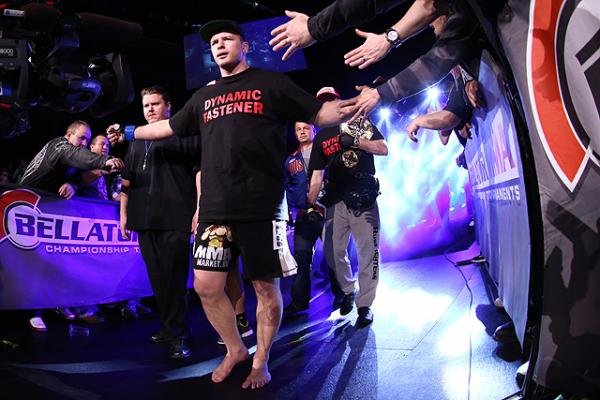 
A formidable obstacle stands in front of Alexander Shlemenko, as he bids to retain the Bellator MMA middleweight championship for the fourth time.

Shlemenko will defend his 185-pound crown against unbeaten HB Ultimate export Brandon Halsey in the Bellator 126 main event on Friday at the Grand Canyon University Arena in Phoenix. The Russian striker has sat atop Bellator’s middleweight division for more than a year, his tenure as a current champion second only to 135-pound boss Eduardo Dantas.

One of the more prolific high-level fighters in MMA, Shlemenko has secured 37 of his 50 professional victories by knockout, technical knockout or submission. The 30-year-old last appeared at Bellator 120 in May, when his encounter with Ultimate Fighting Championship hall of famer Tito Ortiz resulted in his being left unconscious by a first-round arm-triangle choke. The loss halted his 13-fight winning streak. Shlemenko owns more wins (11) than any other fighter in Bellator history, and his 13 appearances tie him with Rick Hawn for first on the company’s all-time list.

Halsey landed his title shot by winning the Season 10 middleweight tournament, an armbar-induced submission of Brett Cooper completing his run. The 28-year-old wrestled collegiately at Cal State Bakersfield, where he was Pac-10 conference champion in 2007 and NCAA All-American in 2009. His .788 career winning percentage still ranks 22nd on the school’s all-time list. Halsey has compiled a perfect 5-0 record since arriving in Bellator in March 2013.

In addition to the Shlemenko-Halsey title clash, here is what to watch for at Bellator 126:


Patricky Freire and Marcin Held have their eyes on the same prize.

A shot at the Bellator lightweight championship will be up for grabs when they confront one another in a clash between fighters on opposing ends of the combat sports spectrum. Freire relies heavily on the power found in his kicks, punches and knees, while Held turns almost exclusively to the ground game, with an emphasis on leg locks. The man who most effectively imposes his will figures to have the upper hand.

“Pitbull,” the older brother of reigning featherweight champion Patricio Freire, cleared his path to the Season 10 tournament final with consecutive second-round finishes on David Rickels and Derek Campos. Held, meanwhile, advanced with two straight submissions, as the 22-year-old Polish grappler dispatched Rodrigo Cavalheiro Correia with a toe hold in the quarterfinals before taking care of Derek Anderson with a triangle choke in the semis. 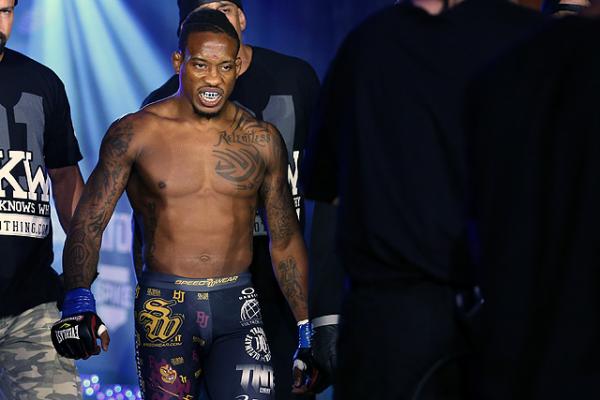 (+ Enlarge) | Photo: D. Mandel/Sherdog.com
Jenkins has won three straight.
For Bellator to thrive long-term, fighters like Bubba Jenkins have to maximize their potential and find their place among the stars.

An NCAA All-American wrestler at Penn State University and Arizona State University, Jenkins won a national championship with the Sun Devils as a senior before hanging up the singlet in favor of mixed martial arts pursuits. The 26-year-old has rebounded nicely after suffering his first professional setback in September 2013 and will enter his showdown with Thiago Meller on the strength of a three-fight winning streak.

Meller, 35, would like nothing more than to steal some of the hype surrounding Jenkins. The Brazilian will enter his Bellator debut with plenty of momentum, having won his past five bouts. All five of Meller’s career losses have come against opponents who have competed in the UFC: Jose Aldo, Rafael dos Anjos, Aaron Riley, Justin Buchholz and Anton Kuivanen. He will have experience on his side.

STILL UNDER THE RADAR


Despit his stunning upset against the aforementioned Jenkins, LaRue Burley has managed to keep a low profile.

Burley will next face Raymond Pina as part of the Bellator 126 undercard. The 30-year-old last appeared at Bellator 117 in April, when he backed up his stunning technical knockout against Jenkins with a unanimous decision over Cliff Wright at the Mid-America Center in Council Bluffs, Iowa. Though many viewed the performance as uninspiring, Burley still exited the building with his perfect record intact.

Pina, 23, has finished three of his first four opponents while cutting his teeth inside the Rage in the Cage and World Fighting Federation organizations.


Young, promising heavyweights can be worth their weight in gold in mixed martial arts. Perhaps Bellator has uncovered something in Stuart Austin.

The English judoka has racked up seven stoppages in racing out to an 8-0 mark. Austin touched down in Bellator in May, when he submitted Craig Hudson with a first-round rear-naked choke. The 26-year-old’s strength of schedule leaves a lot to be desired, as his eight foes have combined for a 7-18 record. Time will tell whether or not Austin can prove there is substance beyond some of the excitement surrounding him.