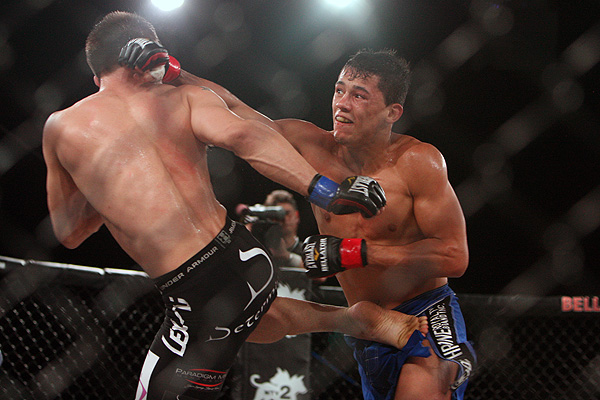 
Compile a list of the top pound-for-pound fighters outside the Ultimate Fighting Championship, and Eduardo Dantas would show up sooner rather than later.

Dantas will defend his Bellator MMA bantamweight championship in a five-round unification bout with interim titleholder Joe Warren at Bellator 128 on Friday at the Winstar World Casino in Thackerville, Okla. The Nova Uniao-trained Brazilian is the organization’s longest-tenured current champion, his reign having exceeded 900 days.

An Andre Pederneiras protégé, Dantas has rattled off nine wins in his last 10 appearances -- an upset loss to Tyson Nam under the Shooto Americas banner in August 2012 the lone misstep. “Dudu” last appeared at Bellator 111 in March, when he executed a spectacular rear-naked choke submission on World Extreme Cagefighting veteran Anthony Leone; a head injury sustained in training has kept him on the sidelines since and necessitated the creation of an interim title. Dantas has delivered 10 of his 16 career victories by knockout, technical knockout or submission and owns a perfect 6-0 mark in Bellator.

Warren, meanwhile, has pieced together a four-fight winning streak since suffering a violent knockout defeat to Pat Curran a little less than two years ago. One of MMA’s preeminent trash talkers, he was an NCAA All-American wrestler at the University of Michigan and went on to capture three national titles and a world championship in Greco-Roman wrestling. Warren, 37, last competed at Bellator 118 in May, when he was crowned interim champion at 135 pounds in a unanimous decision victory over Rafael Silva.

In addition to the Dantas-Warren unification battle, here is what to watch for at Bellator 128:


Alexander Sarnavskiy has all the superstar ingredients.

The Bellator Season lightweight tournament finalist and Alexander Shlemenko disciple returns to the promotion on a three-fight tear, as he takes on the seasoned and well-traveled John Gunderson in a 155-pound showcase. Sarnavskiy, 25, has never been stopped in 27 career bouts, losing only to Rich Clementi and Will Brooks. A destructive and aggressive offensive fighter, he sports 14-, 17-, 30-, 35-, 43-, 64-, 68-, 70- and 84-second finishes among his 25 wins. “Tiger” has the makings of a future champion, provided he can continue to close the holes in his defensive wrestling.

Syndicate MMA’s Gunderson put an end to a string of three straight losses in June, when he submitted Jeff Fletcher with a third-round guillotine choke at a Rage in the Cage event. 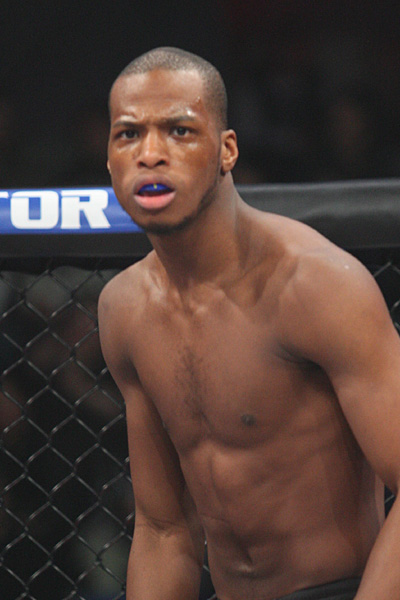 Photo: Keith Mills /Sherdog.com
Page has been spectacular.
Bellator appears to have something special in Michael Page.

Spawned by a family of accomplished kickboxers, the 27-year-old London Shootfighters export has dazzled crowds with smooth, high-risk, high-reward standup stylings. Page has finished all six of his opponents inside one round and debuted in Bellator with a 10-second knockout against Ryan Sanders in March 2013. His physical tools, flair for the spectacular and undeniable charisma make him a potentially marketable talent for Bellator brass.


Bubba McDaniel has found new life outside the Octagon.

Released by the Ultimate Fighting Championship following back-to-back losses to Brad Tavares and Sean Strickland, “The Ultimate Fighter” Season 17 quarterfinalist has since rebounded, posting consecutive victories over Matt Jones and Ron Fields. The 31-year-old McDaniel will put his modest two-fight winning streak on the line against Emiliano Sordi, a promising Argentinian aiming to make a strong first impression in his big-league debut.

Based at a Nova Uniao affiliate, the 6-foot-2 Sordi has finished all 12 of his victories, nine of them in the first round. He last competed at an X-Fight MMA show in November, when he needed a mere 95 seconds to dismiss Alexandre Oliveira with punches.

Butcher had stopped each of his seven opponents prior to his setback against Parlo, including a second-round technical knockout against armbar-aficionado Giva Santana at Bellator 98. The 29-year-old West Virginian must now contend with Andreas Michailidis, a once-beaten grappler out of Greece who would like nothing more than to step over him on his way up the middleweight ladder.

Michailidis will hit the Bellator cage with plenty of momentum, having scored four straight submissions. He has not fought since June, when he tapped Daniel Hernandez with a first-round side choke in King of the Cage.