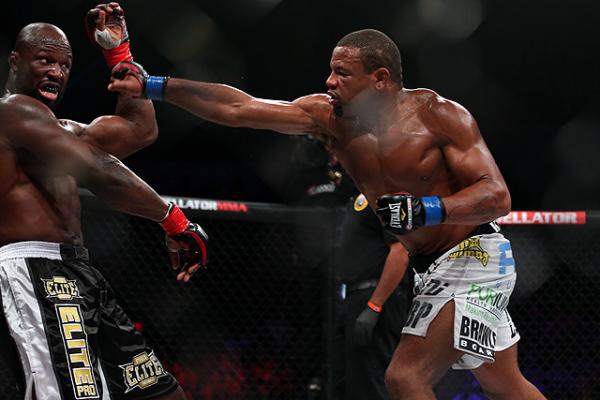 Emanuel Newton is on a run of seven straight wins. | Photo: Dave Mandel/Sherdog.com


Emanuel Newton has taken to life in the penthouse. 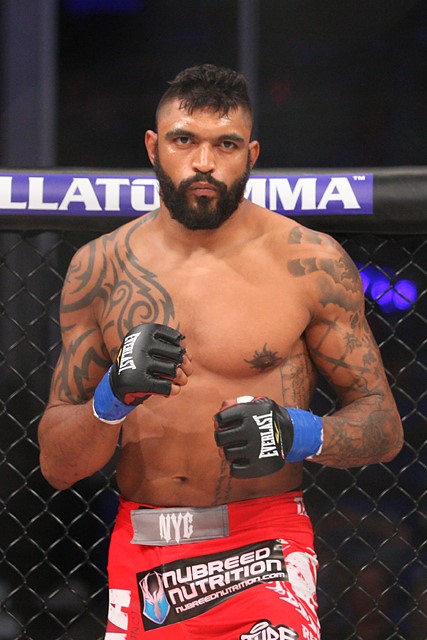 Photo: Keith Mills/Sherdog.com
McGeary is 9-0 with nine finishes.
A Reign MMA-Kings MMA representative, Newton will enter the cage on the strength of seven consecutive victories. The 31-year-old Californian last appeared at Bellator 130 in October, when he submitted Vassell with a fifth-round rear-naked choke at the Kansas Star Arena in Mulvane, Kan. Newton has crafted some of Bellator’s most memorable highlights, a pair of spinning back fist knockouts on Lawal and Joey Beltran chief among them. He owns a stellar 8-1 record within the promotion.

McGeary has finished all nine of his opponents, seven of them inside one round. The 6-foot-6 Englishman last competed at Bellator 124 in September, when he submitted American Top Team’s Kelly Anundson with an inverted triangle choke to win the 2014 Bellator Summer Series light heavyweight tournament at the Compuware Arena in Plymouth Township, Mich. A Renzo Gracie protégé who has also spent time training at the American Kickboxing Academy, McGeary has put together a perfect 6-0 record since arriving in Bellator a little less than two years ago.

With the Newton-McGeary title fight as the primary focus, here is what to watch for at Bellator 134: 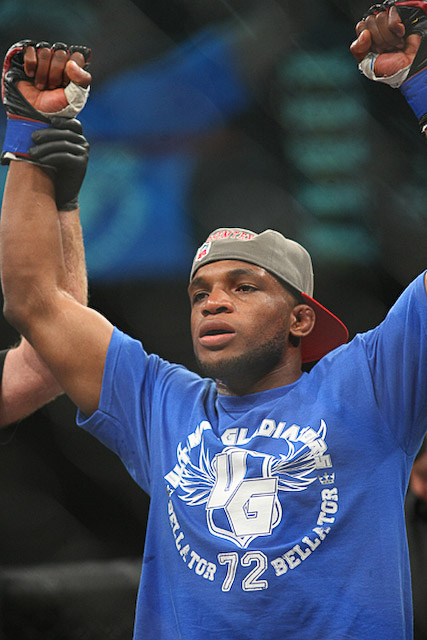 (+ Enlarge) | Photo: K. Mills/Sherdog.com
Daley is explosive on the feet.

The hard-hitting Englishman returns to Bellator for the first time since 2012, as he collides with Renovacao Fight Team’s Santos in the co-main event. Daley has put together back-to-back victories, both by knockout, since his decision loss to Alexander Yakovlev in Russia in November 2013. Long lauded as one of Europe’s most exciting exports, “Semtex” holds wins over Ultimate Fighting Championship veterans Jorge Masvidal and Martin Kampmann, former M-1 Global champion Daniel Weichel and onetime World Extreme Cagefighting titleholder Scott Smith.

Santos, 34, has won his past six bouts -- a run of sustained success that includes a unanimous decision over James Terry at Bellator 129 in October. 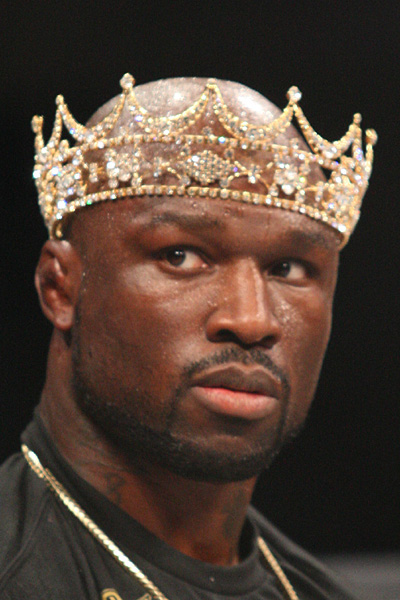 (+ Enlarge) | Photo: K. Mills/Sherdog.com
Lawal is moving on up.

A Strikeforce champion at 205 pounds, “King Mo” will next shift his attention to the heavyweight division and a showdown with French kickboxer Kongo. Lawal has rattled off two straight wins since his controversial decision loss to Quinton Jackson in May. A three-time NCAA All-American wrestler, the 34-year-old Murfreesboro, Tenn., native has delivered 11 of his 14 career victories by knockout or technical knockout. Lawal last fought at Bellator 131 in November, when he brutalized Joe Vedepo on his way to a third-round TKO.

Kongo has gone 4-1 since being jettisoned by the UFC in 2013, a decision loss to reigning Bellator heavyweight champion Vitaly Minakov the lone hiccup. The 39-year-old Frenchman recorded the third traditional submission of his 33-fight career in September, when he executed a rear-naked choke on Lavar Johnson at Bellator 123. 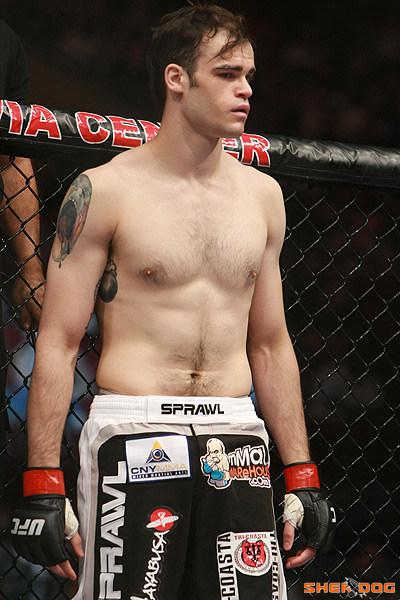 (+ Enlarge) | Photo: D. Mandel/Sherdog.com
McCrory is back on the map.


Tamdan McCrory knows how to make an entrance.

The man they call “The Barn Cat” ended a five-year absence from the MMA scene in September, when he wiped out Ward with punches in a cool 21 seconds at Bellator 123. McCrory had stepped away from the sport at the age of 22 following a split decision loss to John Howard in the UFC in August 2009, leaving observers to wonder what had become of the talented 6-foot-4 New York native. To say he returned with a vengeance would be an understatement. McCrory’s next hurdle comes in the form of Bellator Season 9 middleweight tournament semifinalist Jason Butcher.

A Jorge Gurgel disciple, the once-beaten Butcher has not fought since October, when he put away Andreas Michailidis with second-round punches at Bellator 128. 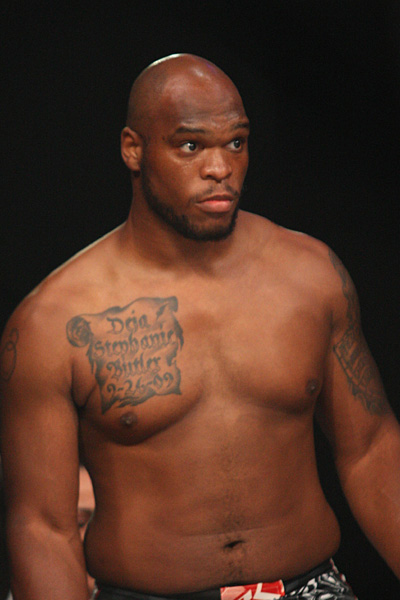 
Raphael Butler raised eyebrows with an 8-0 start to his MMA career, including quick first-round finishes against Jeremiah O’Neal, Joseph Bryant and Josh Burns under the Bellator banner. Then reality set in.

The 31-year-old heavyweight has not won since, settling for a majority draw against journeyman Nick Rossborough at Bellator 119 in May before submitting to a rear-naked choke from Javy Ayala some four months later. Butler, who won a national Golden Gloves championship in 2004 and owns a 35-12 record as a professional boxer, remains an intriguing talent in Bellator’s heavyweight division and now takes aim at Josh Diekmann as part of the Bellator 134 undercard.

Diekmann, 38, has secured all 15 of his victories via stoppage. He will step back into the cage with whatever remains of the momentum from a 47-second knockout of Mike Wessel in September.