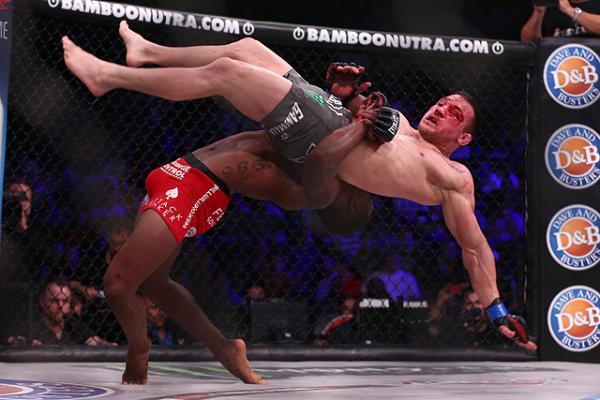 Will Brooks does not lack confidence. | Photo: Dave Manel/Sherdog.com


Will Brooks seems to have everything going for him.

Brooks will defend the Bellator MMA lightweight championship against surging World Extreme Cagefighting veteran Dave Jansen in the Bellator 136 headliner on Friday at the Bren Events Center in Irvine, Calif. The event will air live on Spike TV at 9 p.m. ET/8 p.m. CT.

An American Top Team representative, Brooks will enter the cage on the strength of a six-fight winning streak. The 28-year-old Chicago native last appeared at Bellator 131 in November, when he stopped Michael Chandler on fourth-round punches and unified the promotion’s 155-pound championship. Brooks has compiled a 7-1 record since arriving in Bellator a little more than two years ago, a February 2013 knockout loss to Saad Awad his only misstep.

Jansen has rattled off seven straight wins, all of them in Bellator. The 35-year-old Portland, Ore., native last competed at Bellator 130 in October, when he captured a unanimous decision from Olympic judoka Rick Hawn. Victories against Road Fighting Championship titleholder Yui Chul Nam and Polish grappling ace Marcin Held bolster his resume. Jansen suffered the only defeats of his career in WEC competition, as he dropped decisions to Ricardo Lamas and Kamal Shalorus in 2010.

In addition to the Brooks-Jansen title clash, here is what to watch for at Bellator 136:


Joe Schilling could not have made a stronger first impression.

Five months after he sent an unconscious Melvin Manhoef crashing to the canvas in his promotional debut, Schilling returns to face the surging Rafael Carvalho in a co-main event. A lauded kickboxer and muay Thai fighter, the 31-year-old Dayton, Ohio, native has produced mixed results in MMA, with wins over Manhoef and Maurice Doucette offset by losses to Tony Ferguson, Damion Douglas and Matt Makowski. Schilling competed under kickboxing rules at Glory 19 in February, earning a three-round decision over Robert Thomas.

Carvalho has won 10 consecutive fights, nine of them by knockout or technical knockout. He last fought in September, as he stopped Brian Rogers on first-round punches at Bellator 125. 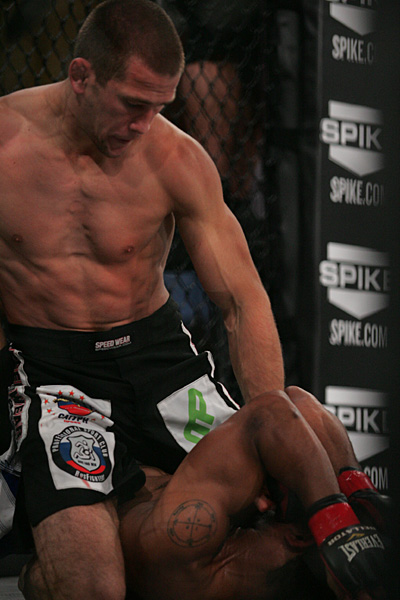 Photo: Keith Mills/Sherdog.com
Sarnavskiy has plenty of weapons.
Two of Bellator’s more promising young lightweights will lock horns when the aforementioned Held meets Alexander Sarnavskiy in an intriguing 155-pound showcase. The winner could potentially have a claim on a potential title shot.

Sarnavskiy carries with him a gaudy 30-2 record, with 25 victories by knockout, technical knockout or submission. A protégé of former Bellator middleweight champion Alexander Shlemenko, the offensive-minded 26-year-old Russian last appeared at a regional event in November, when he knocked out Artak Nazaryan with a first-round knee strike. Sarnavskiy has won five straight fights, four of them finishes.

Held, a 23-year-old Brazilian jiu-jitsu black belt and leg lock aficionado, owns a 9-2 mark in Bellator, having lost only to Chandler and Jansen.


A two-time Bellator tournament winner, Alexander Volkov wants a chance to reclaim a title that once rested upon his shoulder. Tony Johnson would like nothing more than to interfere with those plans.

Volkov, 26, has pieced together a five-fight winning streak since he relinquished the Bellator heavyweight crown to Vitaly Minakov in November 2013. “Drago” last competed under the Union MMA Pro banner in February, when he took a three-round unanimous decision from Alexei Kudin at Basket-Hall Arena in Krasnodar, Russia. The 6-foot-7, 235-pound Volkov sports 14 first-round finishes on his resume.


Pairing Rogers with Joey Beltran seems like a recipe for fireworks.

Beltran will try his hand at 185 pounds after runs at heavyweight and light heavyweight when he tangles with “The Professional Predator” as part of the undercard. The well-traveled “Mexicutioner” failed in his bid to capture Bellator’s 205-pound championship in September, when he was cut down by an Emanuel Newton spinning back fist at the Compuware Arena in Plymouth Township, Mich. Beltran has gone 1-2 since being jettisoned by the Ultimate Fighting Championship in 2013, sandwiching losses to Newton and Quinton Jackson around a submission victory over former International Fight League titleholder Vladimir Matyushenko.

Rogers has lost five of his past eight fights, including a Sept. 19 setback against Carvalho. The 31-year-old has delivered nine of his 11 wins by KO or TKO.