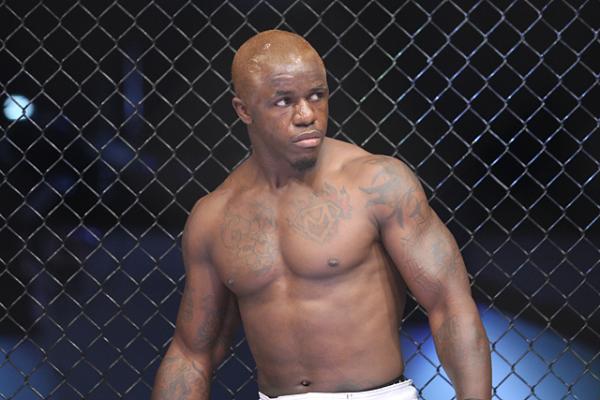 
The MMA public has long perceived Melvin Guillard as a fighter long on talent but short on drive, consistency and focus. He still has time to change such perceptions.

“The Young Assassin” will make his Bellator MMA debut against Brandon Girtz in the Bellator 141 headliner on Friday at the Pechanga Resort and Casino in Temecula, Calif. What role their fight plays in the bigger picture of Bellator’s lightweight division remains to be seen.

Guillard has lost two of his past three fights. The 32-year-old New Orleans native last appeared under the World Series of Fighting banner on Nov. 15, when he failed to make weight for a lightweight title fight and then lost a split decision to undefeated champion Justin Gaethje. An American Top Team rep, Guillard has delivered 21 of his 32 career victories by knockout or technical knockout. However, he has not recorded back-to-back wins since rattling off five in a row inside the Ultimate Fighting Championship from Feb. 6, 2010 to July 2, 2011.

Girtz enters the match with some momentum, having gone 3-1 across his past four appearances. The Northway Martial Arts representative was an NCAA All-American wrestler at Minnesota State University, a Division II school in Mankato, Minn. Girtz, 30, last fought at Bellator 126 in September, when he needed less than a minute to put away Benny Madrid at the Grand Canyon University Arena in Phoenix. His seven previous finishes had all come by submission.

With the Guillard-Girtz clash on the marquee, here is what to watch for at Bellator 141:


Wherever Patricky Freire and Saad Awad go, violence tends to follow. As such, it should come as little surprise that the two lightweights have been paired opposite one another in the co-headliner.

Freire, the older brother of Bellator featherweight champion Patricio Freire, saw his three-fight winning streak grind to a halt in a unanimous decision loss to Marcin Held at Bellator 126 in September. The 29-year-old Brazilian has compiled a 6-5 record since arriving in Bellator a little more than four years ago, including wins over “Razor” Rob McCullough, Toby Imada, Kurt Pellegrino and David Rickels.

A former Gladiator Challenge champion, Awad heads into the cage on the heels of three straight wins. The Millennia MMA export has been a potent finisher throughout his career, with 14 of his 18 pro victories coming by knockout, technical knockout or submission. Awad, 32, also has a major notch on his belt: He scored a 43-second KO on reigning Bellator lightweight champion Will Brooks in 2013. Brooks later avenged the defeat.

MAN ON A MISSION 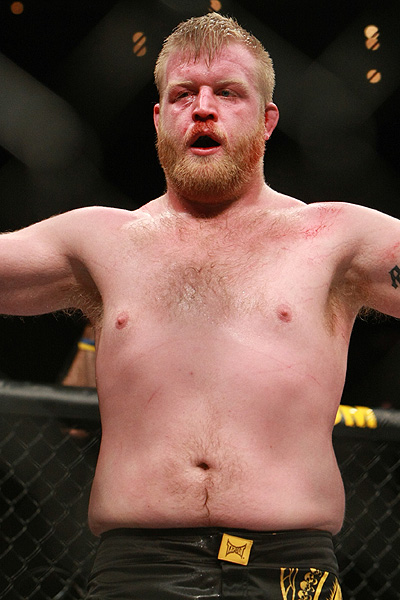 (+ Enlarge) | Photo: D. Mandel/Sherdog.com
Wren last fought in 2010.
Justin Wren has not fought in more than five years, having put his MMA pursuits on hold in favor of mission work in the Congo.

Now 28, Wren will return to the cage for the first time since July 17, 2010, when he locks horns with Josh Burns in a featured heavyweight attraction. Operating out of the Grudge Training Center in Colorado, the Dallas native left a three-fight winning streak on the table when he exited the combat sports stage for a higher calling on the African continent. Wren competed on Season 10 of “The Ultimate Fighter” reality series, reaching the quarterfinals before being eliminated by Brendan Schaub.

Burns, who trains alongside UFC veteran Daron Cruickshank at Michigan Top Team, has dropped back-to-back bouts and eight of his last 11. The 37-year-old has not competed since he tapped to a rear-naked choke from Bobby Lashley at Bellator 123 on Sept. 5.


Bellator’s women’s MMA cupboard remains somewhat bare, but the promotion has a significant piece around which to build: Marloes Coenen.

Coenen has posted six wins over her last nine outings, losing only to reigning Invicta Fighting Championships titleholder Cristiane Justino (twice) and Miesha Tate. The 34-year-old former Strikeforce champion made her first appearance under the Bellator MMA banner at Bellator 130 on Oct. 24, when she submitted Annalisa Bucci with a third-round rear-naked choke at the Kansas Star Arena in Mulvane, Kan. An elegant but lethal grappler, “Rumina” has secured 16 of her 22 career victories via submission. Coenen’s list of victims includes Liz Carmouche, Sarah Kaufman and Roxanne Modafferi.

A date with Arlene Blencowe awaits. The Australian will head into their three-round battle at 145 pounds on the strength of four consecutive wins, all of them finishes.


Brent Primus has navigated the first five fights of his career with surprising ease, but his degree of difficulty is about to increase.

Primus will put his undefeated record on the line when he meets the once-beaten Derek Anderson in a preliminary tilt at 155 pounds. The 30-year-old Sports Lab standout has finished all five of his opponents in the first round, four of them by submission. Primus last appeared at Bellator 111 in March 2014, when he disposed of Chris Jones with first-round punches at the Winstar World Casino in Thackerville, Okla.

Anderson owns a 3-1 mark in Bellator competition, a submission loss to the aforementioned Held the lone blemish. The Team Xplode MMA standout rebounded on Jan. 16, when he took out Danny Navarro with third-round punches at Bellator 132. Anderson, 25, sports 11 finishes among his 12 pro victories, including 26-, 48- and 66-second stoppages.