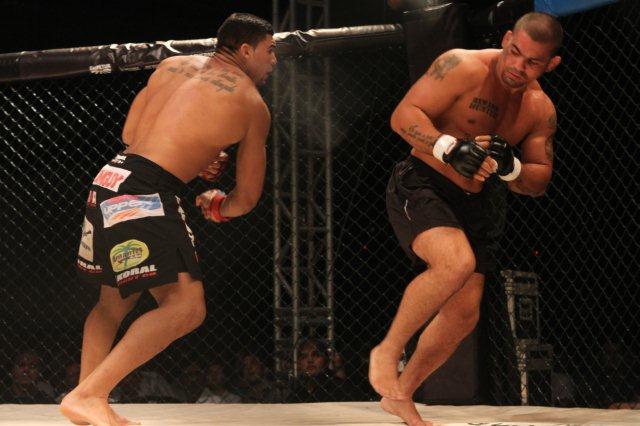 Ronny Markes has dropped back-to-back bouts for the first time in his career. | Photo: Marcelo Alonso/Sherdog.com


Ronny Markes was on the fast track.

The Nova Uniao Kimura representative in 2011 touched down in the Ultimate Fighting Championship as a once-beaten prospect and proceeded to rattle off consecutive victories against Karlos Vemola, Aaron Simpson and former Legacy Fighting Championship titleholder Andrew Craig. Suddenly, Markes’ record stood at 14-1. A reality check followed, as back-to-back stoppage losses to Yoel Romero and Thiago Santos stifled his progress and resulted in his being jettisoned by the UFC.

Markes -- a Brazilian jiu-jitsu black belt and former Shooto Americas champion -- hopes to land on his feet when he makes his World Series of Fighting debut and takes on Cully Butterfield in the WSOF 12 co-main event on Saturday at the Hard Rock Hotel and Casino in Las Vegas. The main card will air live on the NBC Sports Network at 10 p.m. ET/7 p.m. PT.

“I’m really motivated for this fight,” Markes said during a pre-fight media call. “I’ve forgotten about my last loss, and I think this is just a great opportunity for me to put on a good show and start winning fights again. That’s my goal.”

Butterfield has won 10 of his past 11 fights but faces a serious step up in competition. He was an All-American wrestler at Itasca Community College in Michigan before transitioning to MMA and has trained under four-time kickboxing world champion Duke Roufus at the Roufusport academy in Milwaukee. Butterfield has secured 10 of his 13 career victories by knockout, technical knockout or submission, though he has not competed since he submitted Jason Buck with a first-round armbar under the King of the Cage banner in April 2013.

“My first couple of fights, I was just training out of the wrestling room where I went to college, and I didn’t really have any good coaching,” Butterfield said. “I mean, the guy that was running it would pretty much just watch [the] UFC and took advice from them on what happened on the show. I eventually moved away and started doing it full-time, and that’s what did it for me. [With] the good training and the good coaching, I actually became a full mixed martial artist instead of just a wrestler with no hands, so that’s what has made the difference in my game.”

In addition to the featured Markes-Butterfield clash at 185 pounds, here is what to watch for at the World Series of Fighting 12:


Lewis Gonzalez and Luis Palomino step up to the plate in the main event, as the WSOF tries to fill in the lightweight blanks behind champion Justin Gaethje and newly minted No. 1 contender Melvin Guillard.

For Gonzalez, Palomino represents another opportunity to shed his prospect label. The undefeated 26-year-old Californian’s first WSOF outing ended in controversy against Antonio McKee, as his inadvertent illegal elbow resulted in an anti-climactic conclusion and a technical unanimous decision in his favor. Gonzalez was later forced to bow out of a clash with Gaethje for the vacant 155-pound title because of injury, looking on as Richard Patishnock was routed in his place in 69 seconds. He was a two-time state wrestling champion in high school and has leaned heavily on those skills in his transition to MMA. 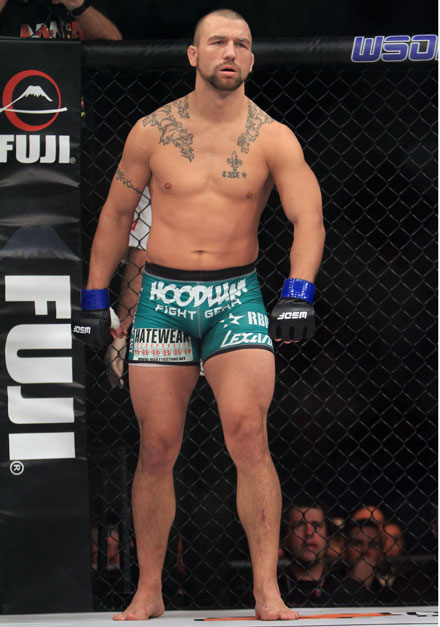 Photo: Jeff Sherwood/Sherdog.com
Mutapcic has won 10 of 12.
Elvis Mutapcic entered the four-man World Series of Fighting middleweight tournament to heightened expectations, only to be turned away by the talents of Jesse Taylor in the semifinals.

Mutapcic will make a second pass at his first WSOF victory when he confronts the unbeaten Kelvin Tiller in a featured catchweight clash. The 28-year-old former Maximum Fighting Championship titleholder saw his five-fight winning streak come to an end in the loss to Taylor. Still, Mutapcic’s well-rounded skills and experience make him an interesting piece at 185 pounds, especially on the still-developing World Series of Fighting roster.

Tiller remains something of an unknown, though the 24-year-old holds victories against “Ultimate Fighter” grads Dan Spohn and Jeremiah Riggs inside the Bellator MMA promotion. “The Mama’s Boy” agreed to a multi-fight deal with the World Series of Fighting in November but has not fought since submitting Chris Henning with a rear-naked choke more than a year ago.

Can Mutapcic rebound or will Tiller use him as a stepping stone and announce his arrival as one of the organization’s more promising middleweights?


Matt Sayles has shown he can win in devastating fashion on the regional circuit. Now, he has a chance to prove he can do so against major-league MMA competition, as the 20-year-old meets Xtreme Couture’s Bryson Hansen in an intriguing 135-pound pairing.

Sayles serves as a kickboxing instructor and kids MMA trainer at an Alliance MMA affiliate in Santee, Calif. The muay Thai stylist last fought inside the Xplode Fight Series organization in March, when he needed less than a minute to ambush Dylan Stanfield with punches. Sayles has finished his first two opponents in a combined 121 seconds.

Hansen, 28, suffered his only career setback in September 2010, when he succumbed to a triangle choke from Russell Doane in his native Hawaii.


When Jorge Lopez reached the Ultimate Fighting Championship at the age of 22 in 2011, he was hailed by some as the Next Big Thing in the welterweight division. “The Lil’ Monster” was on a 10-fight winning streak and carried the pedigree of having been trained by the iconic Wanderlei Silva.

However, consecutive losses to Justin Edwards and “The Ultimate Fighter 7” winner Amir Sadollah -- the latter in a co-main event slot at UFC on Fuel TV 3 -- sent Lopez back to the proverbial drawing board. He did not return to the cage for nearly two years and promptly wound up on the wrong side of a split decision against David Castillo at a Showdown Fights event in January. Can Lopez recapture the promise he once held?

In his path stands journeyman Danny Davis Jr. The 32-year-old will enter the cage on a run of three straight wins, having downed Phil Dace by unanimous decision in his World Series of Fighting debut some five months ago.