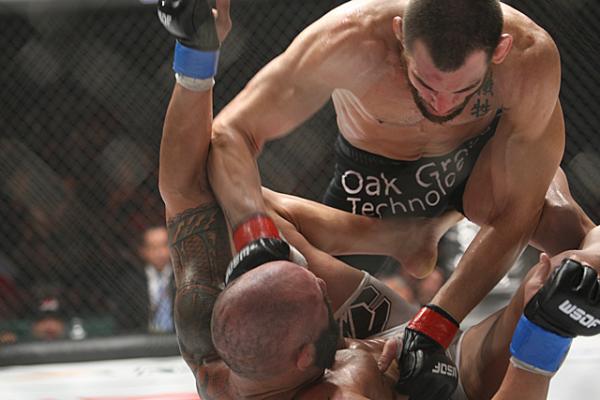 
An organizational title eluded Jon Fitch during his 18-fight run inside the Ultimate Fighting Championship. He now turns his attention to World Series of Fighting gold.

The soon-to-be 37-year-old Fitch will challenge leg lock savant Rousimar Palhares for his welterweight championship in the WSOF 16 main event on Saturday at the McClellan Conference Center in Sacramento, Calif. The five-round clash highlights the promotion’s year-end card, which airs live on the NBC Sports Network at 9 p.m. ET/6 p.m. PT.

Palhares will carry a modest two-fight winning streak into his first title defense. The 34-year-old Brazilian last competed at WSOF 9 in March, when he submitted Steve Carl with a first-round heel hook at the Hard Rock Hotel and Casino in Las Vegas. Palhares has finished 10 different opponents with leg locks, including the notoriously durable Mike Pierce and reigning WSOF middleweight champion David Branch.

With the Palhares-Fitch title fight as the primary drawing card, here is what to watch for at WSOF 16:


Rick Glenn has the bull’s eye on his back for once.

Buoyed by a streak of eight consecutive victories, the Milwaukee-based Glenn, 25, will put the WSOF featherweight championship on the line against Team Alpha Male’s Lance Palmer in the co-headliner. The Roufusport product captured the 145-pound crown at WSOF 10 in June, when he forced Georgi Karakhanyan to retire following the second round of their showdown. Glenn has delivered 13 of his 15 professional victories by knockout, technical knockout or submission, six of them inside one round.

In Palmer, he draws an accomplished wrestler still trying to carve out his niche in MMA. The 26-year-old was a four-time NCAA All-American at Ohio State University, where he ranks ninth on the school’s all-time list with 121 career wins. 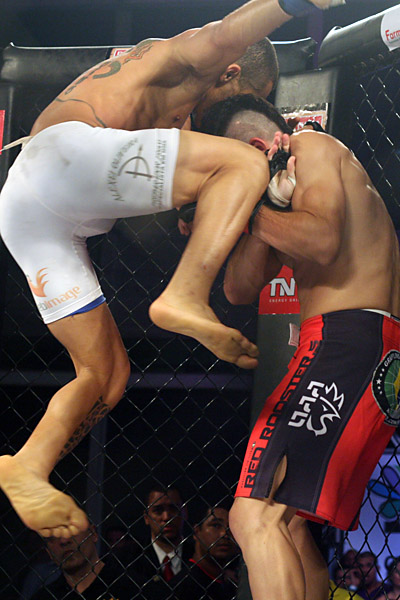 The 26-year-old muay Thai machine heads into his promotional debut having finished four of his first six opponents, including former Bitteti Combat champion Pedro Nobre. A devastating clinch fighter who is already viewed by some as one of the top bantamweight strikers in MMA, Moraes needed just 20 seconds to dispatch Felipe Alves with an elbow in his final pre-WSOF warmup under the Nitrix Championship Fight banner in March.

Moraes was originally scheduled to meet Josh Hill in a No. 1 contender match at 135 pounds. However, an injury shelved Hill, leaving Moraes to face short-notice replacement Gabriel Solorio -- a Tachi Palace Fights alum who has won six of his past eight bouts.


Justin Buchholz draws as much attention for his work as one of Team Alpha Male’s chief cornermen as he does for his fighting exploits.

Buchholz will return to the cage for the first time in a more than a year, as he tackles the once-beaten Lewis Gonzalez in a lightweight showcase. The 31-year-old Alaska native last fought inside the Showdown Fights organization in September 2013, when he wound up on the wrong side of a split decision against Clay Collard -- a Pit Elevated rep who later signed with the UFC. Buchholz has compiled a 6-3 mark since being jettisoned by the Ultimate Fighting Championship in 2009.

Gonzalez, meanwhile, finds himself on the rebound for the first time after being knocked out by Luis Palomino at WSOF 12 in August.


David Mitchell thrives away from the Octagon.

Mitchell -- who owns a perfect 15-0 record outside the UFC -- will touch down in the World Series of Fighting on the strength of a four-fight winning streak, as he collides with Bellator MMA veteran Justin Baesman in an intriguing undercard scrap. The 35-year-old David Terrell protégé has finished all four of his opponents during his current tear, which began with his UFC release following an October 2013 decision defeat to Yan Cabral. Mitchell owns victories over War Machine, Bobby Green and Jaime Jara.

Baesman last appeared at Bellator 127 in October, when he eked out a split decision over John Mercurio at the Pechanga Resort and Casino in Temecula, Calif. He has been finished in all five of his losses, four of them by submission.