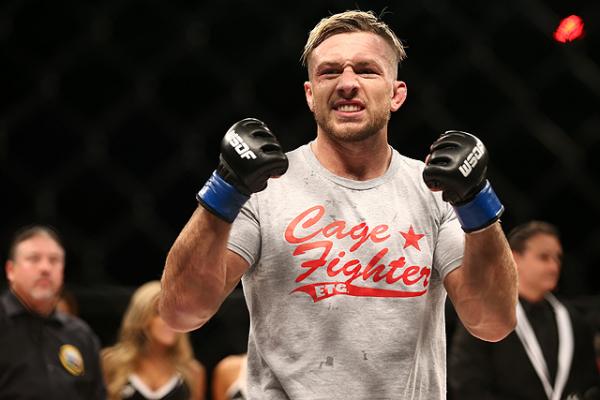 
No World Series of Fighting featherweight champion has ever successfully defended the title. Lance Palmer plans to succeed where Georgi Karakhanyan and Rick Glenn failed.

Palmer will put his 145-pound championship on the line against World Extreme Cagefighting, Bellator MMA and International Fight League veteran Chris Horodecki in the WSOF 21 headliner on Friday at the Edmonton Expo Centre in Edmonton, Alberta. The NBC Sports network will air the four-fight main card live at 7 p.m. ET/4 p.m. PT.

Just 27 and improving with each outing, Palmer appears poised to become a breakout star for the World Series of Fighting. The Team Alpha Male rep trains alongside some of the most accomplished fighters in the business in Sacramento, Calif., from reigning Ultimate Fighting Championship bantamweight titleholder T.J. Dillashaw and former WEC champion Urijah Faber to world-ranked flyweight Joseph Benavidez and perennial featherweight contender Chad Mendes. Palmer will carry a two-fight winning streak into his first title defense, having captured 145-pound gold with a rear-naked choke submission on Glenn in December. He was a four-time NCAA All-American wrestler at Ohio State University.

Horodecki has logged a lot of miles since debuting as a teenager in 2005. A protégé of the late Shawn Tompkins, the 27-year-old Canadian spent a portion of his latest training camp at the Tristar Gym in Montreal. Horodecki has rattled off three wins across his last four appearances, a unanimous decision loss to former King of Pancrase Marlon Sandro the lone misstep. He made his organizational debut at WSOF 14 on Oct. 11, when he took a three-round verdict from Luis Huete.

In addition to the Palmer-Horodecki title clash, here is what to watch for at World Series of Fighting 21:

‘THE PRINCE’ WHO BECAME KING


Smealinho Rama has taken his place as one of the sport’s most promising young heavyweights.

The 23-year-old Canadian will meet Blagoi Ivanov in the WSOF 21 co-main event, with the promotion’s heavyweight championship hanging in the balance. Rama claimed the vacant title in October, when he cut down Derrick Mehmen with punches in less than minute. He has pieced together a three-fight winning streak since suffering the only defeat of his career in 2013, posting victories over Mehman, Tim Hague and Steve Mocco. Rama sports eight first-round finishes on his resume.

A gold medalist -- he defeated Fedor Emelianenko in the semifinals -- at the 2008 World Sambo Championships, Ivanov last competed a little more than a year ago at Bellator 120, where he submitted to a rear-naked choke from Alexander Volkov. The 28-year-old Bulgarian has delivered nine of his 11 pro victories by knockout, technical knockout or submission. 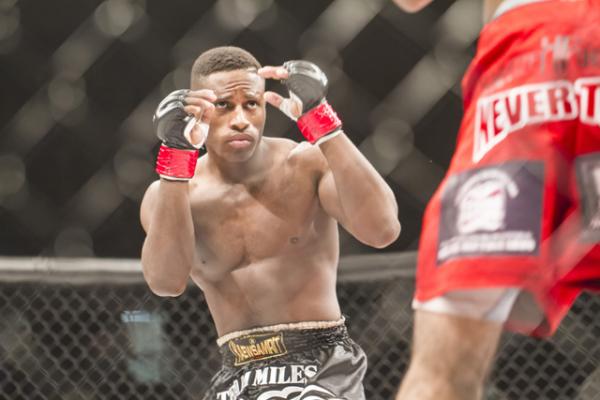 Photo: Jacob Bos/Sherdog.com
Dawodu has impressed.
Many believe the WSOF has a serious find on its hands in Hakeem Dawodu.

The unbeaten featherweight prospect made his professional debut in 2014 and has since finished all four of his opponents. Dawodu, 23, a physical specimen with an extensive kickboxing background, last fought at WSOF 18 on Feb. 12, when he disposed of Tristan Johnson with third-round punches. He operates out of the Champion’s Creed MMA and Mike Miles Muay Thai and Kickboxing camps in Canada.

Chuka Willis draws the difficult assignment here. The 22-year-old has gotten off to a 4-0 start on the regional circuit and will enter the cage on the strength of back-to-back finishes.


Michael Hill and Mark Drummond want to fill in the blanks that exist behind Rousimar Palhares, Jake Shields and Jon Fitch in the WSOF welterweight division.

Hill appeared on Season 16 of “The Ultimate Fighter,” reaching the quarterfinals before losing a decision to eventual finalist Mike Ricci. The 28-year-old saw his two-fight winning streak come to an end in March, when he wound up on the wrong side of a unanimous verdict against Bristol Marunde under the Xcessive Force Fighting Championship banner. Hill got his start at the same Toshido Mixed Martial Arts camp in Kelowna, British Columbia, that spawned UFC welterweight contender Rory MacDonald.

A former college volleyball player who has ridden that athleticism to a career in MMA, Drummond has won seven of his past eight bouts. He lived up to his “Sweet Dreams” moniker in his most recent outing, as he wiped out Spencer Jebb with a third-round knee strike at WSOF 18 in February.

“The Loudmouth Assassin” will meet Matt Baker in what promises to be an action-packed middleweight encounter on the WSOF 21 undercard. Hicks, who once suffered through a nine-fight losing streak, has gone the distance just once in his 43-fight career. The Black Sheep MMA representative has recorded five wins over his last six appearances and holds a perfect 2-0 record in World Series of Fighting competition. Twenty-seven of his fights -- 11 of his wins and 16 of his losses -- have resulted in submissions.

Baker also rarely goes to a decision. The 30-year-old last fought at a Battlefield Fight League event on March 28, when he stopped Ariel Gandulla on second-round punches.