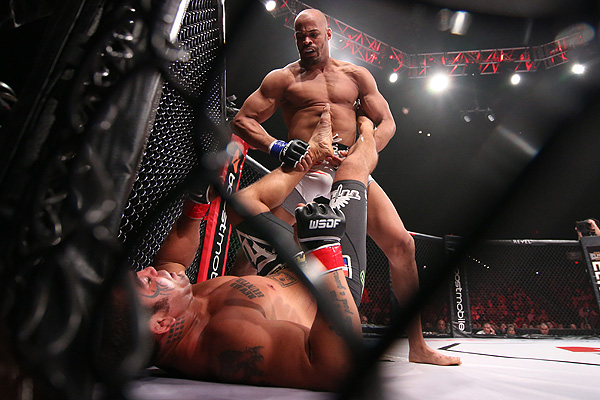 Branch will meet Taylor for the vacant World Series of Fighting middleweight championship in the WSOF 10 main event on Saturday at the Hard Rock Hotel and Casino in Las Vegas. The two Ultimate Fighting Championship castaways are the last men standing in what was a four-man middleweight tournament.

A decorated grappler who holds the rank of black belt in Brazilian jiu-jitsu under Renzo Gracie, Branch last appeared at WSOF 5 in September, when he captured a unanimous decision from Danillo Villefort in the tournament semifinals at the Revel Casino in Atlantic City, N.J. The 32-year-ld Bronx, N.Y., native has compiled a perfect 3-0 record since touching down in the World Series of Fighting a little less than two years ago. Branch has won five of his six fights, losing only to Anthony Johnson, since his brief stint in the UFC ended with a heel hook submission defeat to Palhares in March 2011.

Taylor will enter the cage on the strength of a five-fight winning streak. The 30-year-old Team Quest export advanced to the tournament final at WSOF 7 in December, when he took a unanimous verdict over Elvis Mutapcic at the PNE Agrodome in Vancouover, British Columbia, Canada. A semifinalist on Season 7 of “The Ultimate Fighter,” Taylor has already held titles inside the Cage Warriors Fighting Championship, Total Combat and King of Champions organizations. Fourteen of his 27 career wins and eight of his nine losses have come by submission.

With the Branch-Taylor title fight as the centerpiece, here is what to watch for at World Series of Fighting 10:


Aguilar and Karakhanyan now take their turns as the hunted.

American Top Team’s Aguilar will put a string of eight straight wins on the line when she defends the WSOF strawweight championship for the first time against well-traveled Japanese veteran Emi Fujino. The 32-year-old champion made her promotional debut at WSOF 8 in January, when she snatched an arm-triangle submission against American judoka Alida Gray in their brief battle for vacant 115-pound gold. An experienced and durable submission specialist, Fujino has not fought since she wound up on the wrong side of a unanimous decision against teen-aged prodigy Mizuki Inoue in November.

Karakhanyan claimed the vacant World Series of Fighting featherweight title at WSOF 7 in December, when his third-round guillotine choke submitted previously unbeaten Team Alpha Male prospect Lance Palmer. The 29-year-old Millennia MMA representative has won nine fights in a row, six of them finishes, since leaving the Bellator MMA organization. Born to Armenian parents in Russia, Karakhanyan was a professional soccer player in a previous life but found his true calling in the cage. The Brazilian jiu-jitsu black belt has delivered more than half (13) of his 23 career victories by submission. A first title defense against Roufusport’s Rick Glenn awaits. 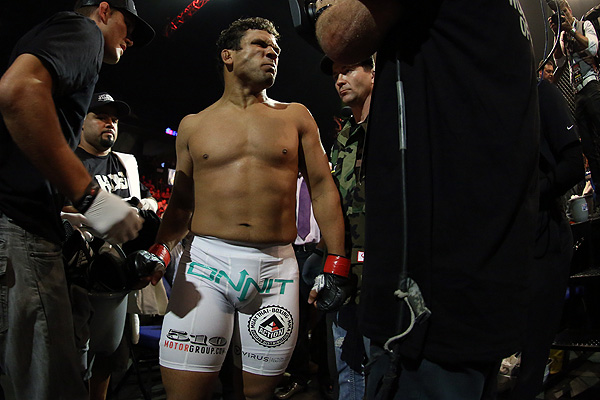 Photo: D. Mandel/Sherdog.com
Can Griffin right his ship?
Day broke on July 6, 2008, with Tyson Griffin firmly entrenched as one of MMA’s most prized young lightweights. He was 12-1, and his resume already included a victory over Urijah Faber and a riveting “Fight of the Year”-level encounter with Frankie Edgar. Griffin has won just four of his 10 fights since.

Now 30, Griffin may be running out of time to live up to great expectations. The American Kickboxing Academy product saw his promotional debut spoiled in August, when he succumbed to third-round punches from Gesias Cavalcante at WSOF 4.

Inconsistency has plagued Griffin, as the well-rounded Sacramento, Calif., native has not recorded back-to-back wins since he defeated Rafael dos Anjos and Hermes Franca five months apart in 2009.

Griffin next crosses paths with former Championship Fighting Alliance titleholder Luiz Firmino. A Pride Fighting Championships, Dream and Shooto veteran, “Buscape” has been stopped just once in his 23-fight career.


Ashlee Evans-Smith burst on the scene in October, when she dispatched transgender fighter Fallon Fox with third-round punches to win an eight-woman tournament in the Championship Fighting Alliance organization. The 26-year-old was later the subject of some controversy after she publicly stated that she believes there should be a separate division for transgender fighters.

Evans-Smith used the win over Fox and subsequent attention she garnered as a springboard, signing on the World Series of Fighting’s dotted line. Shen went 5-4 as an amateur, including a victory over current UFC women’s bantamweight Jessamyn Duke. Evans-Smith wrestled collegiately at Menlo College in Atherton, Calif., before transitioning to mixed martial arts. She now trains at Subfighter MMA and gets in her strength and conditioning work at Innovative Results in Costa Mesa, Calif., where she has trained alongside fighters like Jessica Penne and Ian McCall.

Evans-Smith will meet the once-beaten Marciea Allen in her first appearance under the World Series of Fighting banner. Allen, 31, has posted consecutive victories over Brenda Rodriguez and Ashleigh Curry since submitting to a Duke armbar at an Invicta Fighting Championships event in October 2012.