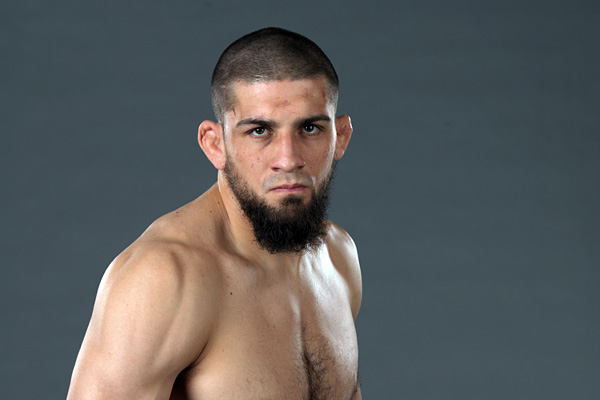 In the main event of “The Ultimate Fighter 11” Finale on June 19 in Las Vegas, Court McGee completed a remarkable journey from debilitating drug addiction to MMA stardom. McGee hit power double-leg takedowns on fellow finalist Kris McCray and cinched a rear-naked choke in a scramble to get the second-round win. The typically monotone McGee choked up in his post-fight interview and dedicated the win to “anyone who’s struggling,” drawing applause from the crowd, coach Chuck Liddell and even McCray. With the win, McGee earned a $16,000 purse, a $25,000 bonus for “Submission of the Night” and a UFC contract. The bout was taken in by a 2.4 million viewers on Spike TV.

There was less jubilation after the WEC 49 main event on June 20 in Edmonton, Alberta -- the promotion’s debut in Canada -- as Jamie Varner and Kamal Shalorus went to a controversial draw in a fight that was supposed to anoint a top lightweight contender.

Varner took no less than three kicks to the groin as the Iran-born wrestler worked leg kicks in an effort to cut down Varner’s speed. Referee Josh Rosenthal took a point from Shalrous in the second round but did not deduct a second point when another groin shot landed in the third. Varner put together swift one-two combinations that blasted Shalorus but did not appear to put him in danger of being finished. Varner suffered a right hand break while hitting Shalrous’ head, as well as a foot injury. Varner told the Sherdog Radio Network’s “Beatdown” show the injury will not require surgery. Shalorus, who also damaged his hand in the fight, barely flexed the wrestling acumen that earned him an Olympic berth representing Great Britain in 2004.

The point deduction -- and a surprising scorecard in favor of Shalorus by local judge Cameron Quwek -- yielded the first draw in a major MMA fight this year. Judge Cecil Peoples returned a 28-28 scorecard. There was a wide consensus that Varner had done enough to take all three rounds, with WEC commentator Kenny Florian suggesting a 30-26 scorecard would have been just. According to FightMetric, Shalrous landed 105 total strikes in the fight, compared to Varner's 47, though Varner landed the harder shots and more to the head. FightMetric’s well-formulated Performance Rating, which takes damage and other factors into account, gave the nod solidly to Varner.

The WEC headliner was not the only bout of the weekend in which point deductions played a role. “The Ultimate Fighter 11” Finale co-main event saw Matt Hamill defeat Keith Jardine by majority decision after a thumb to Hamill’s eye led referee Herb Dean to deduct a point, sans a warning. After five years in the UFC, Jardine was cut from the promotion following the loss on scorecards of 29-27, 29-27 and 28-28. Both fighters earned $25,000 “Fight of the Night” bonuses.

There was more controversy around the bout tied to a red dot on Hamill’s lower back, which he admitted after the fight was a staph infection -- an infectious scourge in MMA gyms that has immobilized many a fighter. Nevada State Athletic Commission Director Keith Kizer told MMAJunkie.com Hamill was thoroughly examined pre-fight and found fit to fight. Hamill’s manager told MMAFighting.com the infection was healing and hardened to the point that it posed no threat to fighters competing in the same cage. Yahoo! Sports reported that Hammil was cleared by his personal doctor, Dr. Vicki Mazzorana, of the NSAC, and Dr. Jeff Davidson, who works for the UFC, both of whom determined the scab could not have infected Jardine.

WEC 49 also saw two standout featherweight performances. Josh Grispi continued his tear of first-round finishes, putting resilient wrestler L.C. Davis to sleep with a guillotine choke off the first takedown attempt in the fight. The 21-year-old, who collected a $10,000 “Submission of the Night” bonus, declared himself ready for champion Jose Aldo post-fight. Mark Hominick returned to prominence, keeping on a gritty Yves Jabouin after hurting him with a left to the liver and eating a big right hook as Jabouin recovered. Hominick kept cool and used wrist control and an armbar posture to sweep Jabouin, landing punches from mount for the stoppage. The battle of Canadians was a madcap affair, with no less than 398 strikes thrown in eight minutes of fighting, according to CompuStrike. The effort earned both $10,000 “Fight of the Night” bonuses and consideration in the “Fight of the Year” discussion. Hominick called out fellow Fight of the Year candidate Leonard Garcia post-fight.

Leben earned the $25,000 “Knockout of the Night” bonus and took home an event-high $95,000 purse in handing Simpson his first pro defeat. He will get the chance to rake in even more when he makes one of the quickest turnarounds in UFC history, facing Yoshihiro Akiyama at UFC 116 on July 3 after Wanderlei Silva withdrew from the fight due to injury.

From a business perspective, the weekend yielded modest returns for Zuffa.

“The Ultimate Fighter 11” Finale drew 1,708 fans to the Palms Casino Resort in Las Vegas for a $430,000 gate, down from 1,791 and $503,600 drawn for the Season 10 Finale in the same building in December. WEC 49 drew a modest crowd of 5,600 in the 16,000-seat Rexall Place in Edmonton, MMAWeekly.com report. The card did not do well in the television ratings, either, drawing an average of 324,000 viewers, MMAJunkie.com reported. It appears to be the lowest number the promotion has ever done since debuting on Versus in June 2007.

“The Ultimate Fighter 11” drew a solid 1.4 household rating for an average of two million viewers over the course of the two-hour Spike TV broadcast, down from the Season 10 and Season 9 finales but slightly higher than Season 8. Season 11 drew consistently solid ratings for Spike, doing the highest average since Season 3 -- factoring out the aberrant Season 10, which, on the back of Kimbo Slice, drew all-time record numbers for MMA on cable.

Several Zuffa employees and fight personnel pulled double duty on the weekend. Announcers Bruce Buffer and Kenny Florian flew from Las Vegas to Edmonton overnight to work both the UFC and WEC events. WEC announcer Joe Martinez left to take a job with Golden Boy Promotions, and the WEC color chair has remained empty since Frank Mir was pulled from the slot.