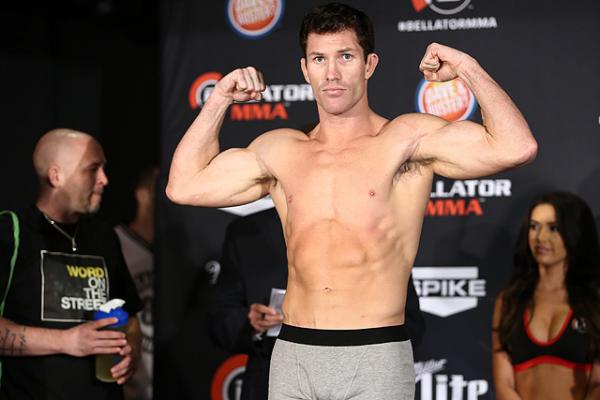 The California State Athletic Commission revealed the test results to Sherdog.com on Friday. All 22 fighters competing at Bellator 127 provided urine samples that were sent to a UCLA Olympic analytical lab that is World Anti-Doping Agency (WADA) accredited.

A Strikeforce and World Extreme Cagefighting veteran, Berry, who defeated Joe Pacheco on the preliminary portion of the card, tested positive for elevated testosterone levels, as well as marijuana. His split decision win will now be changed to a no contest.

Moghaddam, a 31-year-old Reign MMA product, also tested positive for an elevated T/E ratio, as well as marijuana. “The Zen Master” lost his bout against Ray Sloan via unanimous decision, his fourth consecutive defeat, second under the Bellator MMA banner.

Emerson, who fought seven times for Ultimate Fighting Championship, tested positive for the prescription drug Modafinil, which is marketed as Provigil in the United States. The FDA approved medication was originally created to treat narcolepsy, but has since become recreationally used by those looking for a pick-me-up. The 33-year-old dropped a unanimous decision to Rafael Silva on the opening bout of the main card.

Gonzalez, who needed less than two minutes to upset Karo Parisyan via technical knockout, failed his drug test due to cannabinoids. The fine for marijuana in the state of California is $100, plus the cost of testing for a total of $315.

At the present time, CSAC officials have not determined penalties for the other three fighters other than Berry.

“I want to make very clear that under new management, Bellator will simply not stand for performance enhancing drugs inside our cage,” Coker said. “We fully support the California State Athletic Commission in their process, and standby any disciplinary action handed out by Commissioner Andy Foster and the CSAC. Fans, media and our athletes need to have a clear understanding that drug use will simply not be tolerated by Bellator.”