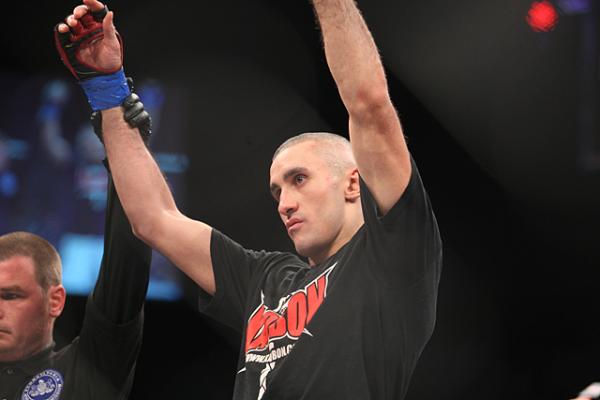 
Terry Etim suffered an injury to the anterior cruciate ligament in his knee and has withdrawn from his Season 10 lightweight tournament bout against Derek Campos at Bellator 113.

As a result, Tim Welch will take Etim’s place in the 155-pound tournament, which begins on Friday. Promotion officials recently announced the change in a release. Bellator 113 takes place at the Kansas Star Arena in Mulvane, Kan., and is headlined by a light heavyweight title clash between Attila Vegh and Emanuel Newton.

An 11-time UFC veteran, Etim made his promotional debut at Bellator 109, where he captured a unanimous decision against Patrick Cenoble. The 28-year-old Englishman went 6-5 in the Octagon, closing out his tenure with back-to-back losses against Edson Barboza and Renee Forte.

Welch, 23, makes his second Bellator appearance after a stint on the “Fight Master” reality show. The MMA Lab product has won four of his last five fights, most recently submitting Eric Regan at 221 Industries “Fight Night” this past November. Campos, meanwhile, went 2-0 under the Bellator banner in 2013, taking unanimous verdicts over Brandon Girtz and Martin Stapleton.