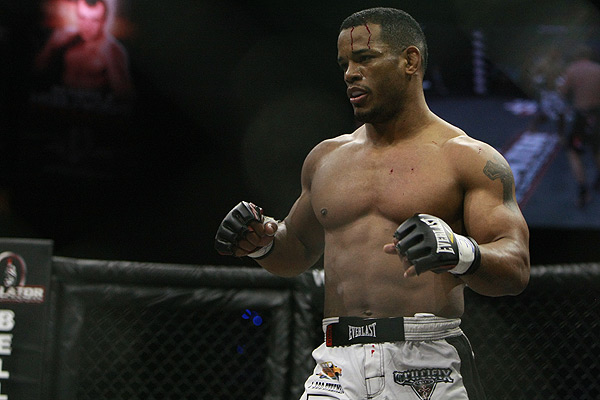 Jacob Volkmann doesn’t follow MMA as closely as some fighters do, but he made a point to watch UFC 149 on Saturday to root against Hector Lombard.

He’d trained with the Cuban middleweight last year at American Top Team, and from what Volkmann says, the session didn’t go too well.

“My teammate had a fight down in Florida,” Volkmann told the Sherdog Radio Network’s “Beatdown” show. “I went to train at ATT, which is a great gym. I have nothing against that gym. I just had a beef with Hector Lombard.”

Lombard was an Olympic judoka for Cuba who entered UFC 149 with 20 straight wins. Volkmann, a lightweight who has competed in the UFC at 170 pounds, was a three-time All-American wrestler at the University of Minnesota.

“It was grappling time, and he asked me to wrestle him,” Volkmann said. “I was like, ‘Alright, whatever.’ So I went over and we got our own little mat area like the size of a circle on a regular mat. We started wrestling. I was doing collar ties, and then all of a sudden, he karate chopped me in the side of the neck. I was like, ‘Alright.’ I didn’t know what the hell was going on, but he didn’t like what I was doing.”

Volkmann said the two kept wrestling, and things got worse.

“I didn’t really take any shots because I felt that he was kind of a spaz,” Volkmann said. “Then all of a sudden, he pushes me away and punches me in the face with no gloves on or nothing. I had a fight in three weeks. I was fighting Danny Castillo in three weeks. I was like, ‘Aw, Jesus.’ He wanted to fight me right there and then, right in the gym. There was one of his coaches there that had to stop it.”

To Volkmann’s delight, Lombard lost Saturday in his UFC debut, dropping a split decision to Tim Boetsch. The Minnesotan wasn’t too impressed with his performance either. He hesitated to predict how a fight with Lombard would unfold, but his confidence grew after the weekend.

“Judging from his last UFC fight,” Volkmann said, “I think I could take him.”