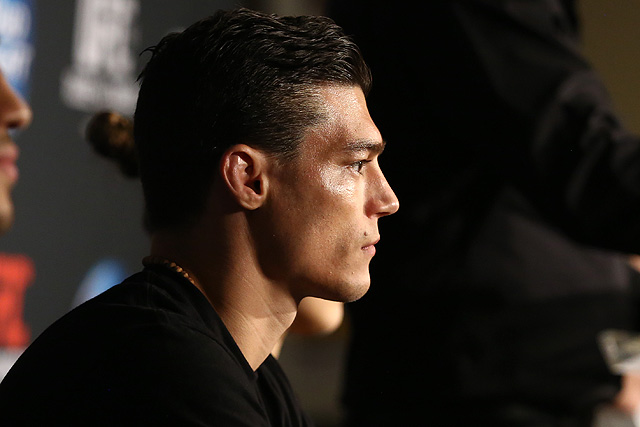 Alan Jouban is 2-1 with a pair of knockouts since joining the UFC. | Photo: Dave Mandel/Sherdog.com


A pair of welterweights with a penchant for spectacular knockouts will clash at UFC Fight Night “Mir vs. Duffee.”

The Las Vegas-based promotion announced on Friday that Alan Jouban will face Matt Dwyer on July 15 at Valley View Casino Center in San Diego, Calif. The UFC Fight Night bill is headlined by a heavyweight showdown between Frank Mir and Todd Duffee.

Jouban was originally scheduled to compete opposite Brian Ebersole at UFC Fight Night New Orleans before an elbow injury forced him off the June 6 card. The 32-year-old Black House representative knocked out Richard Walsh with a standing elbow and follow-up punches in his most recent outing at UFC 184. Jouban, who is 2-1 in the UFC, debuted in the Octagon with a first-round knockout of Seth Baczynski last August.