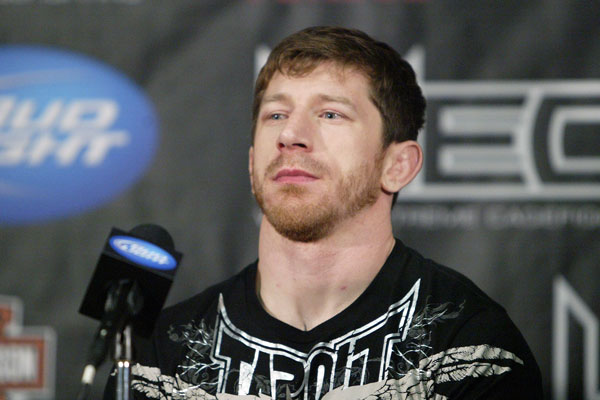 An injury has forced Mike Brown to withdraw from UFC on Fox 11. | Jeff Sherwood/Sherdog.com


Octagon newcomer Alex White will step in for the injured Mike Thomas Brown and face Estevan Payan on short notice at UFC on Fox 11.

The promotion recently announced the change. UFC on Fox 11 takes place at the Amway Center in Orlando and is headlined by a heavyweight matchup pitting Fabricio Werdum against Travis Browne. The card also includes a lightweight clash between Donald Cerrone and Edson Barboza.

A native of Farmington, Mo., White is unbeaten in nine professional appearances, with eight of those triumphs coming by way of knockout, technical knockout or submission. Most recently, White submitted Adam Rider in the first round at Rumble Time Promotions “Rumble at the Chase” on Jan. 18.

Brown, a longtime member of American Top Team, last competed at UFC Fight Night 26, where he was knocked out by Steven Siler in 50 seconds. Payan is winless in two UFC appearances, falling to Jeremy Stephens and Robbie Peralta in 2013.