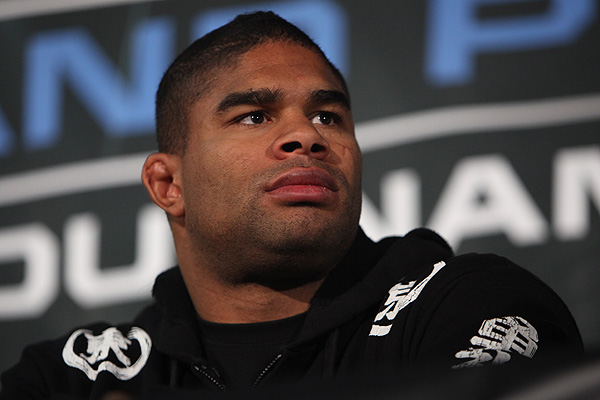 Alistair Overeem has tested positive for elevated levels of testosterone and must now appear before the Nevada Athletic Commission before he can be licensed to fight at UFC 146.

NAC Executive Director Keith Kizer emailed Sherdog.com the test results on Wednesday. The No. 1 contender for the UFC heavyweight title, Overeem is slated to take on champion Junior dos Santos on May 26 in Las Vegas. However, that booking now appears to be in jeopardy.

According to Kizer, Overeem’s testosterone to epitestosterone (T/E) ratio was greater than 10-to-1, exceeding the allowable 6-to-1 limit. Along with five other competitors, “The Demolition Man” was tested following a UFC 146 press conference in Las Vegas on March 27. Frank Mir, Roy Nelson, Antonio Silva, Cain Velasquez and Junior dos Santos all produced negative tests.

The surprise test marked the first of two randomly administered screens Overeem had been ordered to submit prior to his May 26 outing as per the terms of the conditional license he was granted to compete at UFC 141.

Overeem had been asked to submit a pre-fight urine sample prior to his Dec. 30 clash with Brock Lesnar, but he was unable to immediately comply due to his travel between the United States and the Netherlands. Days later, Overeem submitted a sample to an approved facility in the United Kingdom and was cleared to fight on the condition that he undergo additional testing after the bout. The Dutchman dominated Lesnar in the UFC 141 main event later that month, earning a first-round technical knockout to claim his stake as the No. 1 contender for dos Santos’ belt.