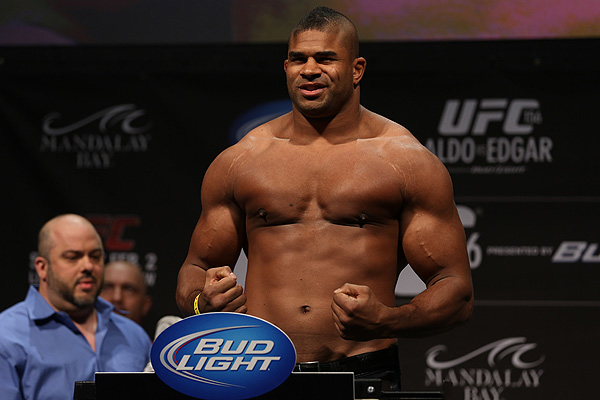 Popular heavyweight Alistair Overeem will return to the cage when the UFC debuts on Fox Sports 1, as “The Demolition Man” will square off with once-beaten Hawaiian Travis Browne on Aug. 17.

MMAJunkie.com first reported the booking on Wednesday; Sherdog.com subsequently verified the matchup with a source close to the bout. The UFC’s premiere on Fox Sports 1 takes place at TD Garden in Boston and marks the promotion’s first trip to Beantown since August 2010. The event will also feature a welterweight showdown between Matt Brown and Thiago Alves, as well as a lightweight bout pitting Michael Johnson against Joe Lauzon.

Overeem, 33, joined the UFC in 2011 as the reigning Strikeforce heavyweight champion, knocking out former UFC titlist Brock Lesnar in his promotional debut. However, Overeem would later see a random drug test flagged for an elevated testosterone-to-epitestosterone ratio ahead of a planned championship collision with Junior dos Santos, netting him a nine-month suspension from the Nevada Athletic Commission. The Dutchman returned to the Octagon this past February, when he was knocked out early in the third round by Antonio Silva at UFC 156.

Browne will enter the cage following a one-sided victory over Gabriel Gonzaga, whom “Hapa” stopped with a series of elbow strikes last month at “The Ultimate Fighter” Season 17 finale. That triumph followed the first loss of Browne’s career, as the 30-year-old was knocked out by Silva this past October at UFC on FX 5.