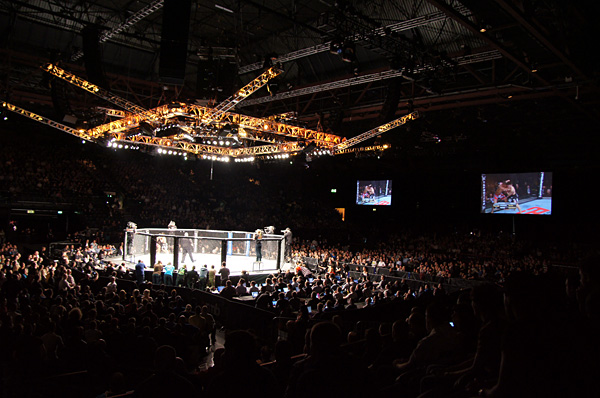 All drug tests conducted at UFC Fight Night “Machida vs. Dollaway” came back negative, according to a statement released Wednesday by the Brazilian MMA Athletic Commission (CABMMA).

All 24 fighters who competed on the card were tested for performance for enhancing drugs and drugs of abuse in a World Anti-Doping Agency-accredited lab, according to the statement. In addition, four fighters were randomly selected and tested for erythropoietin (EPO). All four tests returned negative, but the athletes tested were not identified.

The event took place Dec. 20 at Jose Correa Arena in Barueri, Brazil, and was headlined by a middleweight showdown pitting Lyoto Machida against C.B. Dollaway. “The Dragon” finished “The Doberman” with a kick to the body and punches, forcing the hand of referee Jerin Valel 62 seconds into the first round.

The event also saw Renan Barao prevail in his return to the Octagon, as “The Baron” submitted Mitch Gagnon in the evening’s co-main event. Additionally, welterweight prospect Erick Silva emerged victorious on the main card, scoring a technical submission of Mike Rhodes.

The Las Vegas-based organization will return to Brazil on Feb. 22, when UFC Fight Night “Mir vs. Bigfoot” goes down in Porto Alegre, Brazil.