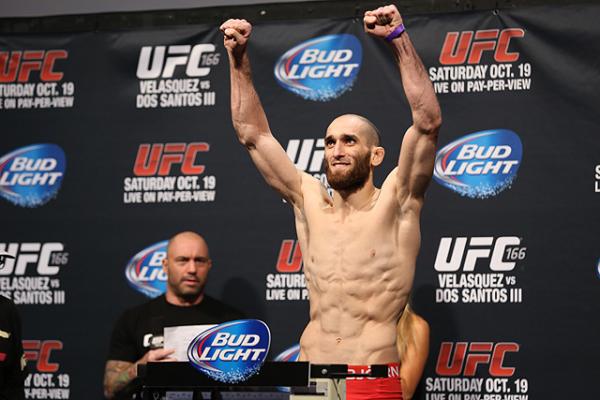 Three new fights have been added to the Ultimate Fighting Championship’s next visit to Georgia, including a welterweight showdown between Strikeforce veterans Adlan Amagov and Jason High.

Edwards has alternated between wins and losses since joining the UFC in 2011. “Fast Eddy” last competed on Aug. 28, when he was stopped in 83 seconds by debuting prospect Brandon Thatch. In Nijem, Edwards faces a man riding a two-fight skid, as the 25-year-old suffered finishes at the hands of Myles Jury and James Vick to kick off 2013.

After racking up four straight wins on the local circuit, Houston was welcomed rudely to the UFC by Derek Brunson, who choked him out in just 48 seconds earlier this month at UFC Fight Night 31. Smith now steps back into the Octagon following a “Fight of the Night” winning performance against Ed Herman, who narrowly edged “Hot Sauce” this past July to hand him his third loss in four fights.