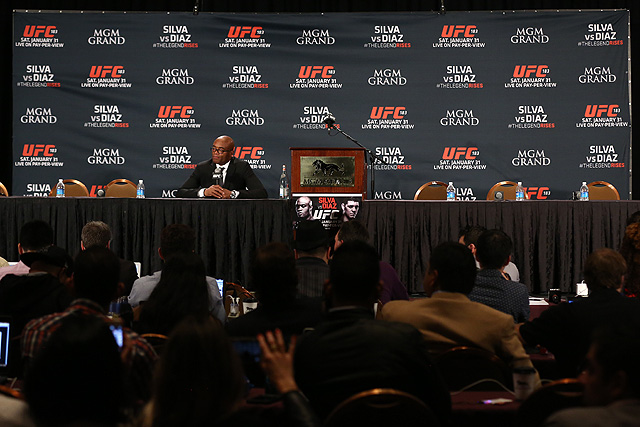 
It’s been less than 24 hours since the world was made aware of Anderson Silva’s failed drug test. On Wednesday, “The Spider” addressed the news for the first time.

Silva’s manager, Ed Soares, issued a statement from his client to Sherdog.com on Wednesday.


Advertisement
“I’ve been competing in this sport for a very long time. This is my 19th fight in the UFC. I have been thoroughly tested many times and have never had a positive drug test,” Silva said. “I have not taken any performance-enhancing drugs. My stance on drugs is, and will always be, the same. I’m an advocate for a clean sport.

“I’m consulting with my advisors right now to explore all of my options and intend to fight this allegation and clear my name,” Silva continued. “I will not make any further comments until my team advises me to do so.”

Although Silva was tested nearly one month before UFC 183, the former UFC middleweight champ was allowed to compete since test results were not returned until this week. Nevada Athletic Commission Executive Director Bob Bennett today told Sherdog.com that there is no conspiracy regarding the timing, and that strict lab protocols were partially responsibly for the delayed results.