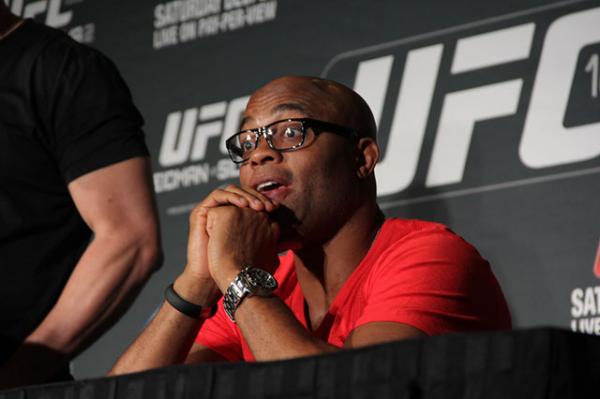 Anderson Silva has no plans to fight friends in the Octagon. | File photo: Mike Sloan/Sherdog.com

“Anderson Silva is an interesting man,” said White. “Anderson cares about the guys he trains with and everything else, but don’t ever kid yourself on the type of competitor he is. He isn’t where he is today because he’s not a competitor.

“So, when you ask questions about people that he’s friends with and people that he respects, of course that’s what he’s going to say. But, I truly believe, myself, when it comes down to it-- let’s say Lyoto Machida comes down at 185 pounds, and Anderson Silva has the title, and Lyoto Machida makes the decision that he wants his title. I think you will see the competitor in Anderson Silva come out. We’ll see what happens.”

After White’s response, Silva raised his hand to speak and reiterate his position on the matter.