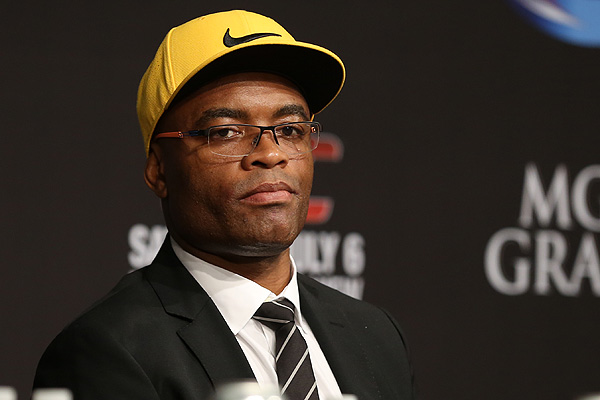 Anderson Silva has made “no immediate decision” on his future. | Dave Mandel/Sherdog.com


Anderson Silva had surgery on a broken left leg suffered in the UFC 168 main event and will require a recovery time of anywhere from three to six months.

“Following Saturday evening’s UFC 168 main event, former champion Anderson Silva was taken to a local Las Vegas hospital where he underwent surgery to repair a broken left leg,” the statement read. “The successful surgery, performed by Dr. Steven Sanders, the UFC’s orthopedic surgeon, inserted an intramedullary rod into Anderson’s left tibia. The broken fibula was stabilized and does not require a separate surgery. Anderson will remain in the hospital for a short while, but no additional surgery is scheduled at this time. Recovery time for such injuries may vary between three and six months.”

The former middleweight king broke his left leg when Weidman checked a low kick in their title showdown. Silva immediately collapsed to the mat in agony following the kick, bringing a halt to the contest 1:16 into the second round. Weidman first defeated Silva in July, winning via second-round TKO at UFC 162. Prior to that, “The Spider” had held the 185-pound strap for more than six years and was unbeaten in 16 UFC appearances.

While there has been plenty of speculation that Saturday was the last time the 38-year-old Brazilian will step into the Octagon, his future is currently unclear.

“Anderson is deeply touched by the outpouring of support from his fans and the entire MMA community,” the statement read. “There has been no immediate decision about his future, and he would kindly ask for privacy at this time as he deals with his injury and prepares to return home to recover.”