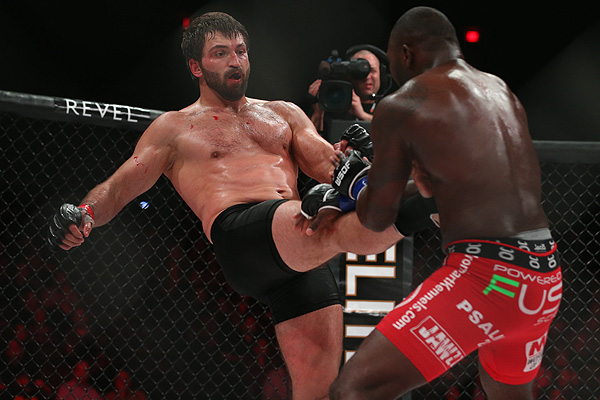 Anthony Johnson has withdrawn from the WSOF 5 main event after suffering an injury in training.

Andrei Arlovski will take his place against Mike Kyle at the Sept. 14 event, which takes place at Revel Resort and Casino in Atlantic City, N.J. MMAFighting.com was the first to report to revised matchup. While Johnson-Kyle was scheduled to be a light heavyweight affair, Arlovski will meet the American Kickboxing Academy product at heavyweight.

A former King of the Cage light heavyweight champion, Kyle will be making his WSOF debut. The 33-year-old was choked out by Gegard Mousasi at Strikeforce’s final event in January before rebounding to knock out Travis Wiuff in 21 seconds at CFA 11 in May.