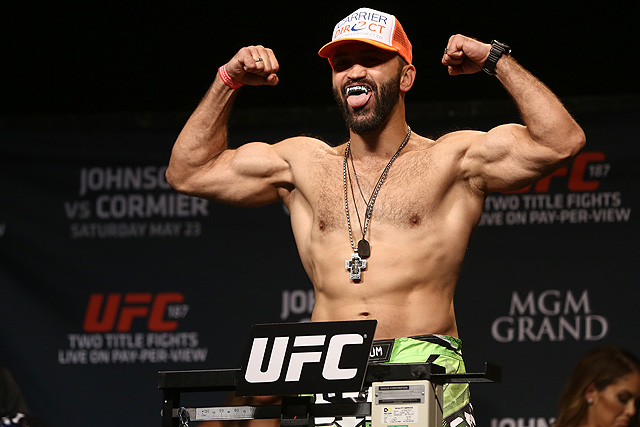 Andrei Arlovski has made an improbable climb back up the heavyweight ranks. | Photo: Dave Mandel/Sherdog.com


Former heavyweight champion Andrei Arlovski went toe-to-toe with Travis Browne at UFC 187 and produced a fight for the ages, one of the best slugfests the Octagon has ever seen.

But it almost didn’t unfold the way it did.

Arlovski, who held the UFC heavyweight title almost a decade ago, had to dig deeper than he ever had before in order to score a sensational knockout. The “Pit Bull” badly rocked Browne early in the first round, couldn’t finish him, and then rocked him again -- and again, and again.

However, Arlovski got a little too careless during the maelstrom and was dropped by a right hand. The punch was so vicious that the Chicago-based Belarusian was virtually out, but somehow he was able to climb back to his feet and continue to swing for the fences. Both men were on Queer Street, and both were virtually sapped of energy before Arlovski finally knocked out “Hapa.”

“Man, I was tired. I almost quit,” Arlovski admitted after the bout. “There were so many punches being thrown and I was so tired.”

Good thing for the fans glued to their TVs that Arlovksi hung tough and finished the job, or else he may not have won. He also said that he was injured going into the battle.

“I hurt my leg during my last workout on Thursday,” the former champ revealed. “We finished up training and I told my coach I wanted to go one more round just to test my reactions. We were moving around and he kicked me on the inside of my shin, and I got a little cocky and started dancing around and I felt something in my leg. I thought my coach kicked me again so I asked him, but he said no. I really don’t know how it happened, but the UFC doctors were there right away and they took care of me. I’m really grateful for the care they gave me.”

Arlovski pocketed a $50,000 bonus for his participation in the “Fight of the Night,” and considering that he just knocked out one of the UFC’s top heavyweights, it’s possible that Arlovski -- once considered a washed-up shell of himself -- could potentially challenge for the title.

And to think he almost quit.