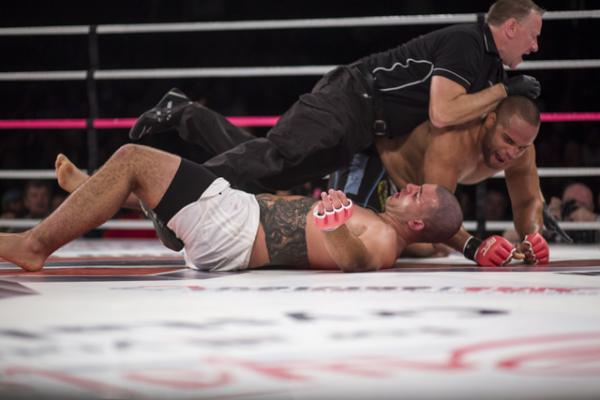 
Recently crowned Maximum Fighting Championship heavyweight ruler Anthony Hamilton will attempt to add to his five-fight winning streak when he defends his belt against Darrill Schoonover at MFC 39.

Promotion officials recently announced the matchup, which will headline the Jan. 17 event title “No Remorse” at the Northlands Expo Centre in Edmonton, Alberta, Canada. The evening’s main card will air on AXS TV and also includes a lightweight title tilt between Kurt Southern and Tom Gallicchio.

Hamilton captured the MFC heavyweight strap with a spectacular head kick knockout of Smealinho Rama 12 seconds into the second round of their Oct. 4 encounter. Anchored at Jackson’s MMA in Albuquerque, N.M., Hamilton has finished all five of his opponents during his current tear, with only Rama making it past the first round.

A competitor on Season 10 of “The Ultimate Fighter,” Schoonover has won three fights in a row after suffering a five-bout skid begin with a loss to James McSweeney at the “TUF 10” finale. The 28-year-old has not competed since September 2012, however, when he knocked out Alonzo Roane at Rogue Warrior Championships 3.