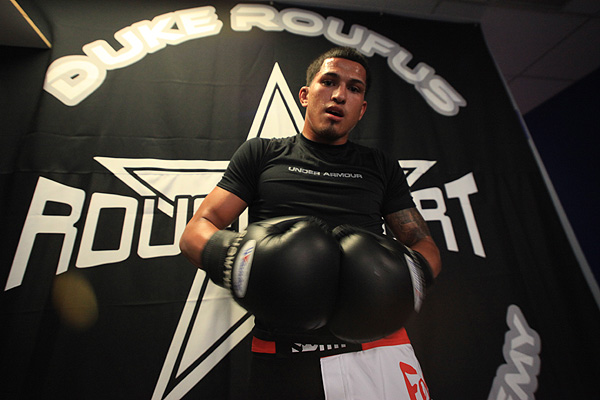 Anthony Pettis has seen Joe Lauzon come out firing before.

In his UFC debut, Lauzon knocked out Jens Pulver in 48 seconds. More recently he choked Melvin Guillard in 47 seconds. Pettis, however, has a plan to avoid a quick finish when he meets Lauzon this weekend at UFC 144.

“I’m going to get right in the fire,” Pettis told the Sherdog Radio Network’s “Savage Dog Show.” “I can’t let him impose his will in the first round like he always does.”

Pulver was a heavy favorite when he fought Lauzon in 2006, and Guillard was also the favorite in their fight last October. They may have overlooked Lauzon, leading to their defeats. That’s a mistake Pettis won’t make, though.

“Joe Lauzon’s a guy that everybody looks past, but I’m not looking past him,” Pettis said. “He’s dangerous in the first round and he’s always looking for the finish. He’s jumping for heel hooks. He’s jumping for kimuras. He’s looking to finish the fight and he surprises you with his standup. I’ve got to be on my ‘A’ game and just dictate the pace. I can’t let him come out there and decide where the fight goes. That has to be up to me.”

While Pettis is concerned with Lauzon starting quickly, he also thinks his opponent may fade later in the fight. If that happens, Pettis believes he could have the opportunity to get creative, much like he did when he leapt off the cage and kicked Ben Henderson.

“A guy like Joe Lauzon, I think I’m going to open up a lot,” Pettis said. “First round he’s always dangerous, but in the second and third -- even in the Sam Stout fight and a lot of other fights -- he kind of gasses and doesn’t come as hard as he did in the first round, so look out for something new this fight.”

Of course, while another “Showtime” kick would thrill the fans, Pettis’ primary goal is to get the win.

“That’s the only thing going through my mind in all these fights: win this fight,” Pettis said. “No matter how I do it, whether it’s a ‘Showtime’ kick or I’ve got to take this guy and beat him down and beat him up for three rounds, it’s winning fights. That’s what’s going to get me back to title contention and my title shot.”