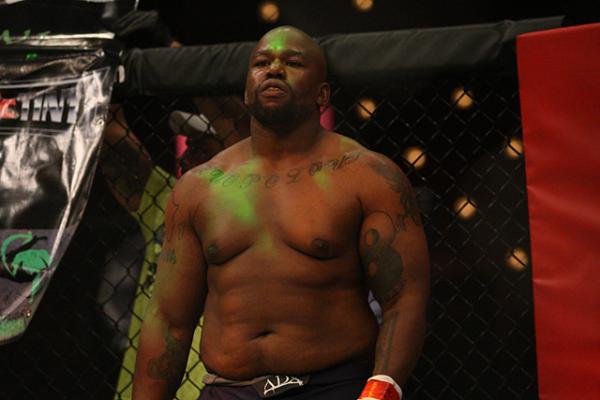 The man known as “Lionheart” blitzed Williams from the opening bell, eventually putting away “The South Jersey Strangler” with a knee that forced Referee Keith Peterson to halt the bout 1:02 into the opening round.

“I knew right away that I was a better striker than him,” Smith told Sherdog.com after the bout. “The last time, I was so flat footed, I just let him do what he wanted. I knew I had the advantage right away from the first fight. All this time, I was able to work on getting faster and getting stronger at it. It was much less stressful to me because I already knew what the gameplan was. I’ve been doing it for five months.”

In having those five months to prep for another bout with Williams, Smith was able to make the statement he wanted to all along.

“I’m the best unsigned middleweight in the world. I need to be in the UFC, and if they don’t sign me, I’m going to keep doing this to every single dude on the regional circuit until I get signed back.”

In the co-main event, the CFFC heavyweight title was on the line in a rematch between Azunna Anyanwu and Plinio Cruz.

Just over one year ago, Anyanwu dubbed himself “Zulu 2.0” following a knockout win over Keith Bell. However, after losing his title to Cruz at CFFC 43 in November, the Philadelphian needed another reboot. From the opening bell of the rematch, Anyanwu was patient and focused, picking his spots over the course of five rounds. After 25 minutes, Anyanwu reclaimed his belt with a split decision (49-46, 49-48, 47-48).

“Well, this is ‘Zulu 3.0,’” Anyanwu told Sherdog.com after the bout. “The footwork was amazing. I trained with ‘Melo’ [Carmelo Marrero] from the UFC. Plinio Cruz has an iron chin -- hats off to him -- but my conditioning was crazy. It was pushed to the next level, making me throw up in practices. That was the big thing, it was the conditioning and the footwork.”

With Anyanwu now reincarnated as “Zulu 3.0,” he admits a “Zulu 4.0” or “5.0” wouldn’t do him any good as he looks to continue to establish himself.

“I got to stay hungry. Sometimes I fall out of hungriness and people see it. Sometimes I’m a headcase. I’ll come in fighting 266 [pounds]. This fight, I’m fighting 242. If I stay hungry, I’m almost unbeatable. When I come in sluggish, I can’t move and take shots I’m not supposed to take. If I stay hungry and keep the same group of guys, the sky is the limit, I think.”

In a featured lightweight bout, Renzo Gracie pupil Jordan Stiner took on Team Tiger Schulmann’s Stephen Regman. Stiner did what he does best in bouts by stifling Regman’s offense through two rounds and scoring with strikes of his own. Saying after the bout that Regman “had to do something in the third,” he did just that. Stiner went to the well one too many times on takedowns and Regman caught him on the way in, latching on a guillotine choke and scoring the submission 28 seconds into the third round.

Taking a short-notice catchweight bout, Karl Roberson took on “The Cowboy,” Mike Wilcox. Roberson brought the bout to Wilcox early, taking him down and mounting him. Wilcox tried to roll through to shake Roberson off him, but Roberson rolled with him and took his arm along the way, securing the armbar submission at 3:11 of the opening round.

A featherweight tussle between Robert Watley and Sergio de Bari opened the main card. Despite doing more damage offensively, Watley was slowed considerably by De Bari’s aggressiveness through the first two rounds. Baltimore’s Watley took control in the third, though, and overwhelmed De Bari en route to a unanimous decision (30-26, 30-27, 30-27).

Also at featherweight, Francisco Isata took down Pellegrino MMA’s Lester Caslow at will to secure a unanimous decision (30-27, 30-27, 30-27).

Former CFFC flyweight title contender Darren Mima came out on the wrong side of a bout with Jimmy Grant, falling via heel hook at 2:59 of the opening round.

At bantamweight, Sergio da Silva’s constant search for takedowns proved fruitful as he took a split decision over Dwayne Holman (30-27, 29-28, 28-29).

Two verbal submissions came in back-to-back bouts, as welterweight Nick Willey beat Matt Ruskin at 4:45 of the third round and heavyweight Jeff Blachly quit in his fight with Chris Daukaus at 0:50 of the second round.

Paul Grant spent the better part of two rounds grounding Matt Firnino to the mat in a featherweight bout before finishing with a rear-naked choke at 1:17 of the second.