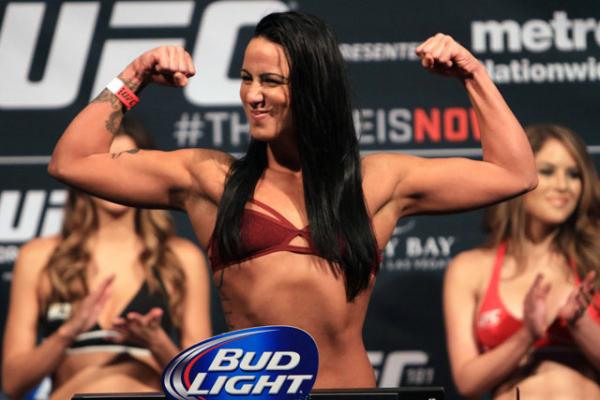 Ashlee Evans-Smith will be out of action for most of 2015. | Photo: Jeff Sherwood/Sherdog.com


Ashlee Evans-Smith has been suspended for nine months and fined 30 percent of her UFC 181 purse after failing a post-fight drug test because of a diuretic.

The punishment was handed out during Tuesday’s Nevada Athletic Commission hearing in Las Vegas. In addition to the suspension and fine, the 27-year-old will be required to submit a drug test prior to her next fight.

Evans-Smith was slated to appear before the commission but was not present in person or on the telephone. NAC regulations state that if a person fails to appear at hearing, the commission finds the facts of the case to be true.

Filling in for Holly Holm on short notice, Evans-Smith was defeated in her Ultimate Fighting Championship debut via technical submission by Raquel Pennington.