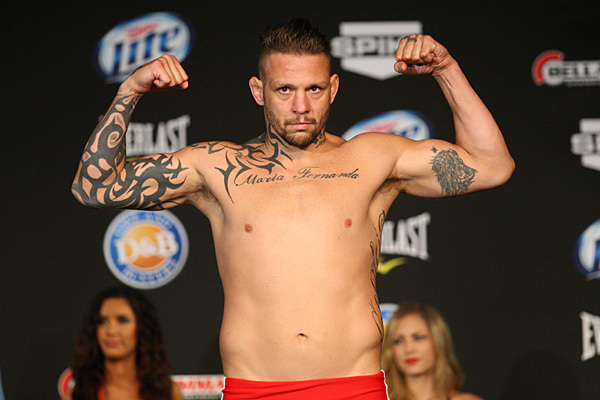 
Twenty months after announcing his retirement, Renato “Babalu” Sobral is set to return to the cage.

The Brazilian light heavyweight will square off against Volkan Oezdemir in the main event of Strength and Honor Championship 11 on April 11 at Leman Theatre in Geneva. GroundandPound.de first reported the bout on Monday.

Sobral is a 10-time UFC veteran and former Strikeforce titleholder who owns wins against the likes of Robbie Lawler, Mauricio Rua and Chael Sonnen. The 39-year-old left his gloves on the mat in June 2013 after suffering back-to-back losses in under the Bellator MMA banner. Since then, Sobral has taught at his Babalu’s Iron Gym in Cerritos, Calif., as well as competing at last year’s Metamoris 3 grappling event.

Oezdemir, 25, made a name for himself by winning the one-night, eight-man tournament “Valhalla: Battle of the Vikings” in March 2013. The Swiss Turkish fighter twice competed for Bellator, knocking out Josh Lanier in his debut before being submitted by ground specialist Kelly Anundson. Oezdemir last competed in September, when he stopped Paco Estevez with first-round punches at SHC 10.