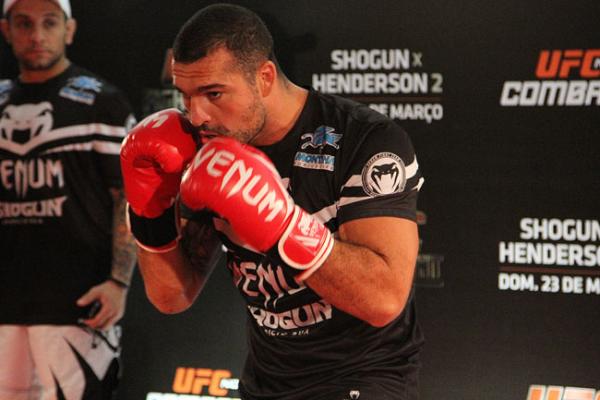 Mauricio Rua guarantees that Season 4 of “TUF: Brazil” will be exciting. | Gleidson Venga/Sherdog.com


The UFC has announced the 32-fighter cast for the upcoming season of “The Ultimate Fighter: Brazil 4.”

Nogueira said his late arrival initially put him at a disadvantage.

“The beginning was difficult because we didn't know the guys, we haven't studied their styles,” he said in a release. “But we accepted the challenge, we worked with Anderson's coaches and everything went well. It was an amazing experience to be able to work with young fighters who have the dream of fighting in the UFC and share those moments with them.”

The show was premieres on April 5 and airs on Globo TV in Brazil and on UFC Fight Pass in the rest of the world. It was the first time the Brazilian iteration of the series was taped in Las Vegas.

The first two episodes will feature qualifying bouts to determine the 16 fighters that will make it into the “TUF” house. The bantamweight and lightweight finalists will eventually square off at an event in Brazil. The date and venue for the “TUF: Brazil 4” finale have yet to be determined.

“I always dreamed of being one of ‘The Ultimate Fighter: Brazil’ coaches. And to have this dream come true this season was awesome,” Rua said. “This is the first time the show is going to Vegas, which is the heart of the UFC, and the bantamweight and lightweight divisions are great for the Brazilian's body types, and those divisions are full of talent. The technical level was really high, and I can guarantee this season will be exciting.