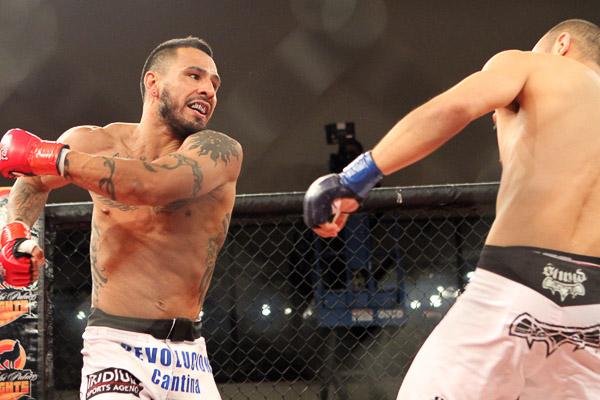 Heavy-handed bantamweight Francisco Rivera will get a second chance in the Octagon, albeit on short notice.

With less than two weeks before the event, Rivera has agreed to replace Azamat Gashimov and take on fellow Californian Alex Soto at UFC on Fuel TV 3. Sherdog.com learned of the change Tuesday from a source close to the bout; the reason for Gashimov’s withdrawal was not immediately known.

Rivera -- who suffered stoppage losses to Erik Koch and Reuben Duran during his first Zuffa tenure -- had been slated to face Alexander Crispim on May 10 in the co-main event of Tachi Palace Fights 13. With Rivera’s move up to the big show, Tachi Palace officials Tuesday announced that recently released UFC bantamweight Ian Loveland will step in to take on Crispim.

Since his loss to Duran in June 2011, Rivera has reeled off two vicious knockouts under the Tachi banner, disposing of Brad McDonald and Antonio Duarte in a combined 1:55. His opponent, Soto, will look to rebound from his first defeat, a 56-second battering at the hands of top prospect Michael McDonald. Prior to the loss, the Team Hurricane Awesome product had managed a 6-0-1 record, finishing all but one of his wins.